The One Benefit All Millennials Should Consider Before Accepting a Job 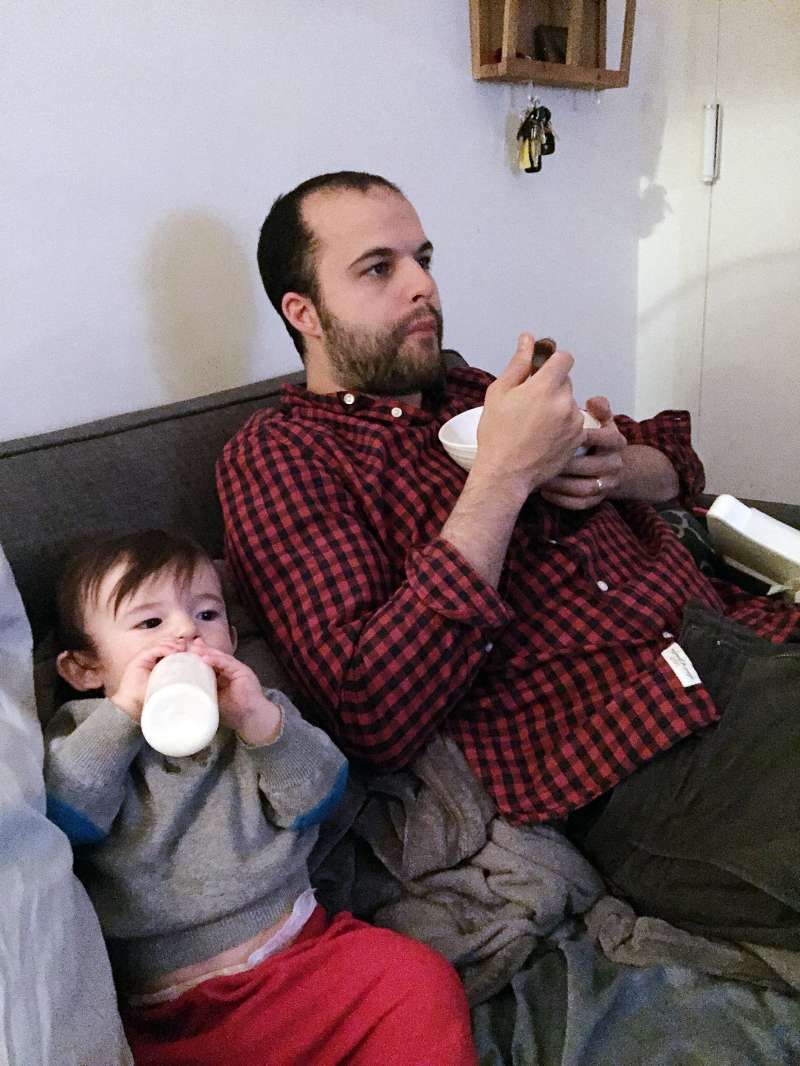 Father and son sharing a meal.

Just a few weeks after our son was born, my wife was already dreading the prospect of returning to work.

A teacher, Mrs. Tepper received around two months of paid leave from her employer. Her original plan had been to extend that leave for another four weeks unpaid, then return to the classroom for the last couple of months of the school year. But that was before Luke came along.

When he arrived, she couldn’t bear leaving him so soon. Thankfully, her school allowed her to stay a home those extra few months and held her position for the following year. Mrs. Tepper could then nurture our son without fearing for her job.

Most families don’t have this choice.

When Mrs. Tepper accepted her position, neither she nor I considered how much time she would be given if she became pregnant. We weren’t planning on starting a family (best laid plans), and so were more concerned with wages. While we were fortunate to land in companies that support families—I happened to receive two weeks of paid paternity leave—we could have just as easily ended up working for ones that didn’t.

Just 12% of businesses offer paid maternity or paternity leave, according to the Society for Human Resource Management. Another study found that the average maternity leave among U.S. companies that offer it is less than one month and pays the worker 31% of her original salary, as Money’s Kara Brandeisky recently noted. Comparatively, mothers in France are guaranteed 16 weeks of fully paid leave.

Millennials may not be overly concerned with President Obama’s recent announcement that he will extend six weeks of paid parental leave to federal workers, but they should be. Let me tell you why…

Why You Should Care

It’s understandable if those who graduated into the Great Recession with a ton of debt care more about salary than anything else, especially considering that this generation has generally been postponing bourgeois life events like marriage and procreation. But with the top end of Gen Y approaching 35 this year, more will likely start building families soon. And if you stay at your job a few years in this crucial span of settling-down time, who knows? You could be making babies.

As Mrs. Tepper and I realized, the option of paid parental leave takes on a lot more importance when you are responsible for the care of an infant.

Without paid leave, you end up with two not-so-great options after giving birth. One: Squirrel up all your vacation time to use and then go back to work when your kid is a mere three or four weeks old. Or two: Add on unpaid time (most Americans, moms and dads alike, are guaranteed 12 weeks through the Family Medical Leave Act) and find other means (savings? credit cards? spouse’s income and living lean?) to replace the income lost that you need to pay the bills.

While taking unpaid time has some big financial implications for you, going back to work too soon has serious drawbacks too. “That initial time to bond with your child, you don’t get that back,” says St. Pete mayor Rick Kriseman, who recently expanded paid leave to city employees. Plus, he notes, “In those first few weeks, you are so sleep deprived. How do you function at work? Do your job normally? Give it your attention and not make mistakes? That’s asking a lot of new parents.”

Paid leave helps families avoid this kind of tough decision. It also has other benefits, illuminated here by the Center for American Progress. For instance, one study by two Cornell University professors demonstrates that paid maternity leave is an important factor in keeping women in the labor market “since it reduces the likelihood that women will quit their jobs in order to take time off from from work.”

Working parents also tend to be happier, more productive, and more loyal at companies that have paid leave policies. Also, paid leave is also associated with better health results for both mothers and newborns—reducing depressive symptoms in moms, increasing the odds that children are immunized, and making it more likely that moms are better able to breastfeed their child for an extended period of time.

Lenny Sanicola, senior practice leader at HR association WorldatWork, says it’s not wrong to pose the question, “but wait until at least the second interview.”

Other options if you’re not comfortable with the straightforward route: Go to the careers section of the company’s website to see if its leave policy is detailed there, suggests Sara Sutton Fell, chief executive of FlexJobs. Check out the company’s review on sites like Glassdoor.com (but keep in mind that what people post there is not necessarily gospel). Better yet, try to find someone in your network on LinkedIn who already works at the company and can do some detective work for you.

As for what’s a generous leave policy, obviously the more paid time you can spend with your kid, the better. But the range varies.

“Because paid leave isn’t required by law in the U.S., any amount offered by an employer is generally a good thing because the bar is so low,” says Fell. “In general the most common range for paid maternity or paternity leave that I’ve heard is anywhere from one week to 16.” Sanicola says six to eight weeks is likely.

Dads are lucky to get any paid time leave at all.

As much as Mrs. Tepper and I like our jobs, chances are we won’t be in them forever. And Luke likely won’t be an only child forever.

That means when it comes time to take on a new challenge, how our new bosses treat expecting and new parents will carry as much weight as the biweekly paycheck. While it might be hard for young childless professionals to appreciate that mindset, they’d be well advised to do so.

More From the First-Time Dad: