Are Millennials to Blame for Stores Being Open on Thanksgiving? 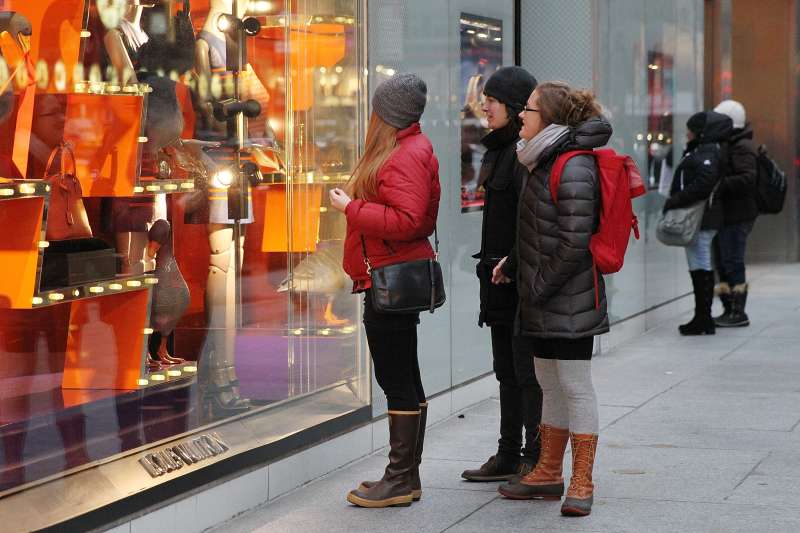 According to one national survey from the loyalty marketing and customer analytics firm LoyaltyOne, only one-third of the overall population thinks that “stores being open all day Thanksgiving is a great idea.” However, roughly half of those ages 18 to 24 say it’s “great” for stores to be open on the national holiday, while 48% of consumers ages 25 to 34 are also on board with the idea. Among folks ages 55 and up, by contrast, only 16% think all-day store hours on Thanksgiving is a wonderful idea.

Another recent poll, conducted by IPSOS for Offers.com, yielded similar results, in which millennials are more likely than other generations to say they’ll be shopping this Thanksgiving. Two-thirds of those ages 18 to 34 say they plan to shop on the holiday—in store, online, or both—compared to 51% of consumers ages 35 to 54 and only 30% of the 55+ category.

So it would seem as if all of the retailers that insist on being open on Thanksgiving are doing so to an outsized degree to play up to millennials, the all-important shopping demographic that’s 80 million strong and expected to account for 30% of all retail sales by 2020. Following this idea through, if the hundreds of thousands of Americans who hate the idea of consumerism encroaching on Thanksgiving and have pledged to not shop on the holiday are looking for something to blame other than plain old greed on the part of retailers, it would be easy to point the finger at millennials. After all, as many “Black Thursday” boycotters have pointed out, the stores wouldn’t be open on Thanksgiving if no one showed up to shop that day.

And yet, it’s much too simple to say that if it wasn’t for millennials, the stores being shamed for Thanksgiving Day hours would see the light and remain closed that day. For one thing, a broader look at millennial consumer behavior shows that a big reason this group is eager to jump on board with shopping on Thanksgiving is that young people like the idea of shopping pretty much every day. Other studies show that millennials are four times more likely to shop on Black Friday than their Baby Boomer parents, and that millennials have the highest percentage of any generation that will be shopping on Cyber Monday as well.

Add in that millennials are less likely to have families or own homes, and so therefore they’re less likely than older groups to host Thanksgiving or feel like the day must remain a sacred one devoted exclusively to family time. If anything, many members of Gen Y—who have always lived in a world with 24/7 access to shopping and deals, thanks to Amazon.com and e-retail—are probably more than ready to ditch their families for some portion of Thanksgiving when the day’s sales beckon. At some point, the small talk with Aunt Myrtle grows stale.

Of course, millennials are hardly the only ones who will be deserting the family dinner table before dessert is served in order to go shopping on Thanksgiving. What’s more, some of what might be perceived as anti-family, anti-Thanksgiving sentiment on the behalf of millennials can be explained by how survey questions are asked. In yet another holiday consumer poll, 77% of Americans ages 18 to 39 said that “retail stores should not be open on Thanksgiving Day so that employees can enjoy time with their friends and family.”

When the issue is raised this way—with the focus on employees who might be forced to work on the holiday—it’s clear that the vast majority of millennials don’t want to see Thanksgiving ruined for American families. On the other hand, millennials more so than other age groups appear to like the idea of shopping on Thanksgiving at least partly because they don’t want to be stuck for the whole day with families of their own.