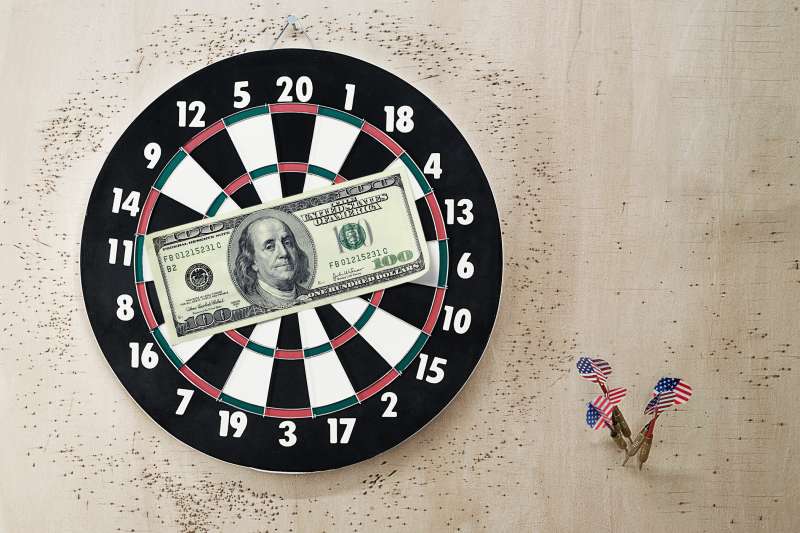 When it comes to saving for retirement, most American workers are not only falling short, they don’t even know how behind they are. What’s more disturbing, research shows that savings trends are getting worse, despite a decades-long push to enroll workers in 401(k)s and other employer plans.

The retirement disconnect is highlighted in a new survey from the Transamerica Center for Retirement Studies, which includes responses from 4,550 full-time and part-time workers between the ages of 18 to 65+. Overall, some 59% reported they were “somewhat” or “very” confident that they will be able to retire comfortably.

To maintain this comfortable living standard, more than half think they’ll need at least $1 million saved by retirement, and 29% believe they’ll need $2 million. Those targets have increased in recent years, according to Transamerica—the typical savings goal was just $600,000 in 2011.

So how much have these workers got socked away? Overall, the typical worker savings account held $63,000. That’s up from $43,000 in 2012, but also far from what’s needed for a $1 million retirement. Even among baby boomer households, the group closest to retirement, the median account held just $132,000.

Given these relatively meager savings, you may well wonder how workers can still be so optimistic about their golden years. Part of the reason is the long-running bull market, which has led to a gradual recovery from the financial ravages of the recession. Some 56% of those surveyed say that they have bounced back fully or partially; 21% say they were not impacted by the downturn.

It’s also likely that many workers simply don’t understand what it will take to meet their goals. More than half (53%) say they “guessed” when asked how they estimated how much they need to save for retirement. Two-thirds acknowledged they don’t know as much as they should about retirement investment. And just 27% say saving for retirement is their greatest financial priority vs. “just getting by” (21%) and “paying off debt” (20%). The typical worker saves just 8% of salary, while most experts recommend 15% or more.

The Persistence of Wealth

This savings shortfall was a focus of studies presented at the Retirement Research Consortium held recently in Washington. Following up an earlier study that found that roughly half of Americans die with $10,000 or less in assets, professors James Poterba of MIT and Harvard’s Steven Venti and David Wise looked at possible reasons that the money ran out. Perhaps retirees spend their money too quickly, or perhaps they have few assets to begin with.

Analyzing Health and Retirement Study data for different generational cohorts, the researchers found that how much subjects had the first year their assets were measured showed the strongest determinant of the amount of the wealth they had at the end of life. For older Americans, 52% who had less than $50,000 at the end also had that amount when first surveyed. For the younger cohort: 70% of those with less than $50,000 in assets when last surveyed also had that skimpy amount when first observed.

By contrast, those who had significant balances at the start also held those balances at the end—confirming both the persistence of wealth and, at the same time, the lack of savings progress for most Americans. Poterba offered possible reasons for this trend, including that workers may simply choose not to save; at each income level, he pointed out, there are high and low savers, so earnings aren’t the only factor.

Still, lack of wage growth, the disappearance of pensions, and the decline in 401(k) coverage among private sector workers, especially low- and middle-income households, contribute to the problem for younger Americans. This last point was emphasized by John Sabelhaus, an assistant director at the Federal Reserve, in a discussion of Poterba’s paper. Data from the Survey of Consumer Finances show that low- and middle-income workers are losing retirement plan coverage, he noted. (A similar trend can be found in the Transamerica survey, which showed that just 66% of workers were offered an employer retirement plan in 2015 vs. 76% in 2012.)

What You Can Do

Both Poterba and Sabelhaus emphasized the importance of Social Security for Americans with few assets. Beyond that, the only solution is to save as much as you can. But there are behavioral hurdles to boosting the savings rate. In another study a team of researchers, including Gopi Shah Goda of Stanford and Aaron Sojourner of the University of Minnesota, found savers face two major mental blocks; some 90% of Americans hold one or both, which drag down retirement savings by an estimated 50%.

One of these mental blocks is procrastination—it’s hard to resist the immediate gratification you get from spending. The other hurdle, which is less obvious, involves financial literacy. Most people don’t grasp the power of compound savings. As Sojourner explained at the conference, the majority of people believe savings grow in a straight line. Only 22% understand that savings growth is exponential: as your savings compound, you earn interest on interest, which enables your savings to grow faster and faster.

In short, it can take a long time to save your first $1 million, but it’s a lot quicker to get to $2 million. If more Americans understood this, and acted on it, there would be good reason to be optimistic about retirement.