Wall Street Bets and GameStop: How the Reddit Group Can Make a Stock Soar 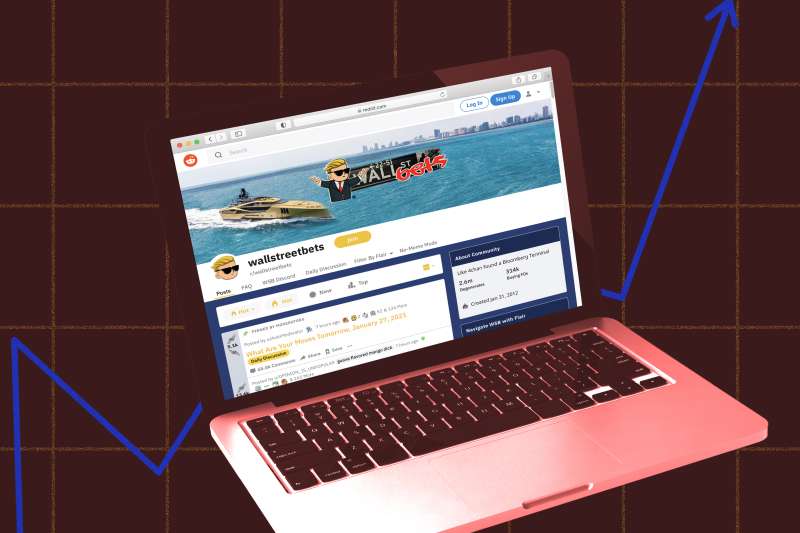 Can an army of everyday traders on Reddit win a war against Wall Street? Yes, if you look at GameStop’s soaring stock.

The video game retailer recently attracted the attention of short sellers — hedge funds and investors that bet on a company’s share price dropping — thanks to layoffs and dwindling sales. But these institutional investors seemed to ignore a threat bubbling up from a very specific corner of the Internet.

What is happening to GameStop?

Members of the subreddit r/WallStreetBets, known for pumping stock prices of cult names like Tesla, started a bull case for GameStop about twenty-one months ago when one member included in a post that the company’s valuation “does not reflect the current earnings power,” Bloomberg News reported. A case for why the share price was about to soar came later in the form of a post aptly titled “Bankrupting Institutional Investors for Dummies, ft GameStop.”

Just four months later, GameStop’s stock has seen a 700% year-to-date rally, and short sellers — nicknamed “fat cats” by one of the subreddit’s moderators — are paying the price. So who are these individual investors that managed to turn a “meme stock” into a nightmare for hedge funds?

Entrepreneur Jaime Rogozinski, founded the forum in 2012 in hopes of building a place where sophisticated investors could discuss high-risk, high-reward short-term trading strategies, Money reported in 2018.

“All the talk was about long-term investing and index funds,” Rogozinski told Money at the time. “Whenever I would go on Reddit and post a comment or question, I would get berated for not being a good investor.”

While the forum has its fair share of investing “tips,” there are also plenty of brags, memes and trolling. In their own words, it’s “like 4chan found a Bloomberg Terminal.”

Invest as little or as much as you want with a Stash portfolio.
With Stash, you can build a balanced portfolio and trade stocks, ETFs and options as frequently as you want, commission-free. Click your state to start investing today!
Get Started

Who are the WallStreetBets members?

Nearly a decade after Rogozinski founded the subreddit, it has amassed more than 3 million subscribers, or “degenerates,” as they call themselves. The demographics of subscribers is hard to know, but it appears to be a predominantly young, male crowd.

If you’re a long-term investor who buys stocks and holds on to them for years, these Redditors may seem closer to gamblers. And if they’re trading what they say they are, they’re gambling thousands of dollars. The risky and speculative options trading WallStreetBets members claim to participate in has become much easier to do recently thanks to apps like Robinhood. During the pandemic, day trading has become even more popular.

But it’s hard to tell if any particular post on the subreddit is real. The moderators suspect that a lot of the huge wins posted on the channel are photoshopped, and that most of the members really only make a few risky trades per year, Vice reported.

You only live once, right? For most people that might mean it’s time to skydive or travel the world. For these traders, it’s throwing their savings into a risky investment. It’s common to see “YOLO” next to a post about a user’s latest trade. Last year, one user wrote “Yolo’d 10k (life savings) into Tesla.”

Apparently it can also mean gambling… someone else’s life savings. Just this week a post now deleted by the original poster says, “Took my dads life savings and Yolo’d into BB, told him It’s either retirement on a yacht or foodstamps for him.”

The result of YOLO investing can be huge bragging rights, or a tough admission of loss.

Last year a user said they turned $35,000 into $1.25 million in four months (again, not verified.) On the other hand, Dennis Cao, a software engineer Money interviewed in 2018 when he was 24, said he lost more than $180,000 in a day after boasting on the forum just a few days before that his bet on tech companies like Facebook and Amazon had made him “mega rich.”

Aside from controversy around risky investment moves, there’s also the fact that Martin Shkreli, the “pharma bro” known for jacking up the price of a life-saving drug by 5,000%, seems an idol in the forum. And the language used in the posts and comments is frequently not suitable for a publication like Money. (“Idiot” is one of nicer names tossed around).

This might go without saying, but Money doesn’t often recommend picking stocks, let alone participating in the risky investment moves discussed on WallStreetBets. Experts say investors should keep a globally diversified portfolio and check in regularly to make sure it still fits their long-term goals. That means investing in mutual funds and index funds rather than, say, buying dozens of shares of BlackBerry on a whim because a stranger online told you it was a good idea.

Options trading is a way to bet on a company’s stock price rising or falling by buying the option to buy a stock for a certain price during a certain time period, no matter how the actual price of the stock changes. For example, if you buy a call option to giving you the right to buy a stock for $10 for the next 30 days, you can still buy it for $10 in 29 days, even if the actual price of the stock has jumped to $30 .

A put option does the opposite: it gives you the option, but not obligation, to sell a stock for a certain price during a certain time period. A call option can come fraction of the price of a company’s actual share, and if the share price soars, you can see a much greater return than you would owning shares.

What is a short squeeze?

Call options have become more popular recently, buoyed by the pandemic causing sports fans to turn to day trading and no-fee trading apps. In 2020, options trading hit a record at 7.47 billion contracts traded, according to the Options Clearing Corporation. Keep in mind, short-term options trading can be risky as you’re betting that your assumption about how a stock will move will be right within a matter of weeks or even days.

Market makers, who are selling the call options, will often buy shares of the company to lower their own risk, pushing up the stock price. Meanwhile, as short sellers see the stock soaring, they tend to abandon their original positions and buy shares to curb their losses, also driving up the stock. This is called a short squeeze, or in the case of GameStop, the “squeeze of a lifetime,” said host of CNBC’s “Mad Money” Jim Cramer.

It’s unclear how this will all turn out for both the options traders and the short sellers — the little guy versus big guy traders. But GameStop short sellers are down nearly $5 billion this year according to the financial-analytics firm S3 Partners, and are seeking emergency help. For now at least, the case of the Reddit darling stock has Wall Street frenzied.

The right stockbroker is a powerful asset when investing your hard-earned money.
Take the stress out of managing your portfolio with Stash, Online Stock Brokers ready to help you now. Click below and get the ball rolling TODAY.
Get Started

What 5 Billionaire Investors Really Think About the Soaring Stock Market

Why SPACs, or ‘Blank Check’ Companies, Are Suddenly the Hottest IPOs on Wall Street

How to Invest During a Stock Market Bubble