Why SPACs, or 'Blank Check' Companies, Are Suddenly the Hottest IPOs on Wall Street 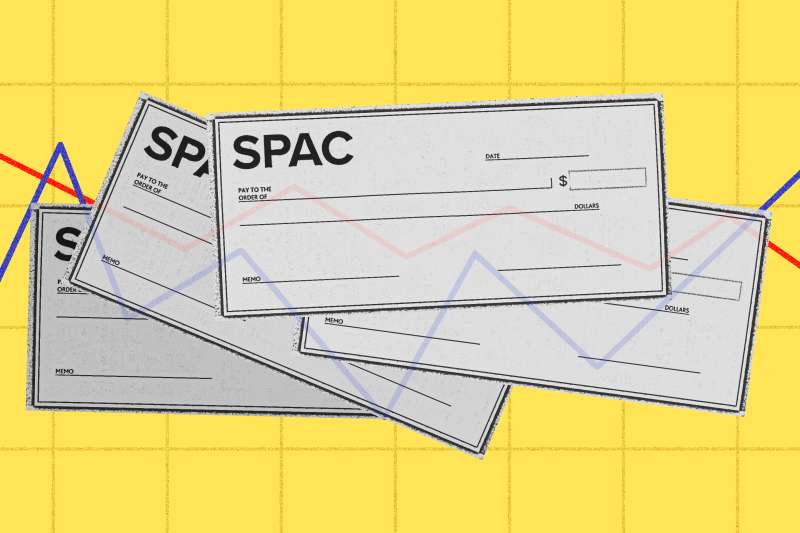 Wall Street has no shortage of curious acronyms, but here is one you have likely been hearing more and more of: SPACs.

Special Purpose Acquisition Companies have actually been around for decades, but are suddenly proliferating like, well, a global virus. Sometimes called “blank check” shell corporations, SPACs are designed to take companies public without going through the traditional IPO process.

In that way, they have something of a private equity or venture capital feel: You are handing your dollars over to an investor, with the ultimate aim of merging with a target firm within a couple of years.

“The search for the next great company is driving a lot of this,” says Cameron Stanfill, a senior analyst at data provider PitchBook. “People are using these vehicles to raise money and go public more quickly, and staking their reputations and skills as investors. The pace of activity in 2021 has definitely been surprising.”

The trend has involved some familiar names: Gaming site DraftKings, for instance, was acquired by a blank-check company formed by media executive Jeff Sagansky, and now lists on the Nasdaq. Firms like space tourism concern Virgin Galactic and electric vehicle maker Nikola Corp. also went public through the SPAC process.

Invest as little or as much as you want with a Stash portfolio.
With Stash, you can build a balanced portfolio and trade stocks, ETFs and options as frequently as you want, commission-free. Click your state to start investing today!
Get Started

So how does it all work? Typically you buy a “unit” — most often $10 — which is comprised of a share, and a warrant to buy additional fractional shares.

In that sense, SPACs can be hit-or-miss: You might hit a home run, or you might strike out, if a deal is never secured and nothing ever goes public. But either way, there is downside protection: Investors can get their money back at the time of acquisition or if a deal is never struck, with shares redeemable at the initial $10 price.

That is attractive indeed — basically a money-back guarantee, plus potential upside on the warrants if the future merger strikes gold. That is why hedge fund traders, known as the “SPAC Mafia,” have piled into the sector as a convenient place to park money.

“Until about a month ago, there was a free lunch just sitting there,” says Jay Ritter, a finance professor at the University of Florida who studies the space. “But now the market has caught on.”

How to buy SPACs

Indeed, as more investors have crowded into the sector, initial prices have been bid up much higher than $10 a unit, leading to potential losses. Average first-day returns in the first three weeks of January have been an eye-popping 6.5%, according to Ritter, far higher than they have been historically.

Judging by the numbers, the process certainly has its fans. In 2009, for example, there was a grand total of one SPAC IPO. Last year, that grew to 248. In the first few weeks of this year, there have already been 67, at an average IPO size of $286.4 million, according to SPACInsider.com.

Longer-term, though, average SPAC returns have been nothing to write home about. When Renaissance Capital looked at 93 SPACs that had eventually been taken public from the start of 2015 through fall of last year, it found an average loss of 9.6%. That compared to an average aftermarket return of 47% for traditional IPOs.

It often comes down to the personalities involved: Since SPACs are just shells to begin with, you are essentially betting on the lead sponsors and their track records.

“My first thought is to look at the players,” says Leon LaBrecque, a financial planner with Sequoia Financial in Troy, Mich. “Whose deal is this? What else have they done? My advice is to look for sponsors who have a big reputation, and lots to gain by the SPAC working. Think Masayoshi Son, Bill Ackman, or Chamath Palihapitiya.”

It requires a bit of a leap of faith, though, to bet on so-called “back-door” IPOs whose disclosures aren’t as stringent as the traditional process. That’s why some financial advisors aren’t fans.

“Why on earth would that kind of blind pool be an attractive opportunity for the investor?” asks David Mendels, a financial planner in New York City. “As they say in poker, ‘If you don’t know who the sucker at the table is — it’s you”.

Instead of trying to sift through individual SPAC opportunities, retail investors might be better served by the growing number of SPAC ETFs on the market, which distribute risk more widely. There are now three — SPXZ from Morgan Creek Capital Management and Exos Financial, SPCX from Tuttle Tactical Management, and SPAK from Defiance ETFs.

The last is the longest-tenured — only having been launched last fall — and total returns so far have been 18.6% as of Jan. 26, besting both the Dow and the S&P 500 over that timeframe.

To be sure, the notion of getting in on private companies before the general public is an enticing one. But “this trend is going to take some time to play out,” cautions PitchBook’s Stanfill. “A lot of folks are watching to see if this is a sustainable investing strategy— or if poor performance will cause people to think twice.”

The right stockbroker is a powerful asset when investing your hard-earned money.
Take the stress out of managing your portfolio with Stash, Online Stock Brokers ready to help you now. Click below and get the ball rolling TODAY.
Get Started

How to Invest During a Stock Market Bubble

What 5 Billionaire Investors Really Think About the Soaring Stock Market