How to Solve America's Retirement Crisis 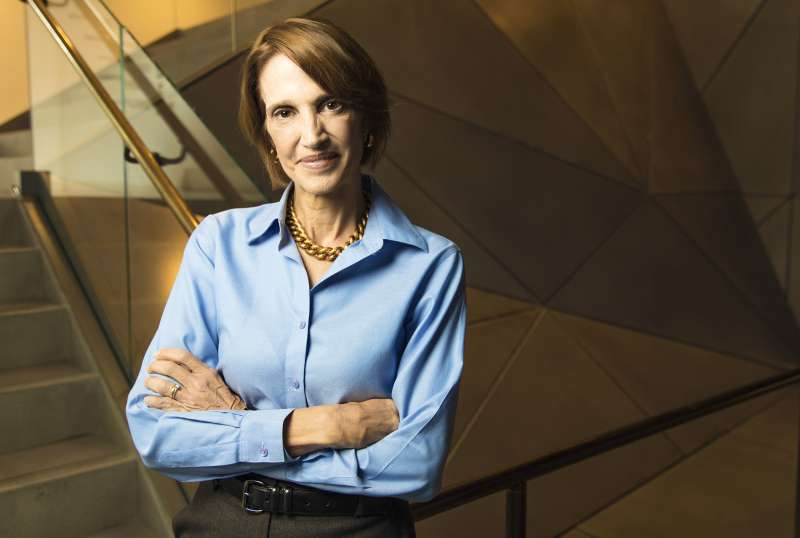 Economist Teresa Ghilarducci knows firsthand how passionate Americans can be about their retirement dreams. In 2008, after she suggested Congress let workers trade in their 401(k) retirement accounts for annuities, talk-radio hosts accused her of trying to kill the 401(k). She got death threats.

She wasn’t deterred, though, from her decades-long crusade, via research and advocacy, to improve retirement security. Now teaching at the New School in New York City, she has, among other duties, served on the advisory board of the Pension Benefit Guaranty Corp. and been a trustee of the Indiana state employees’ retirement fund. Ghilarducci calls retirement the most important financial issue facing both families and governments. “Everybody knows that they will get old,” she says, “and everybody fears not having enough.” She offers solutions in her latest book, How to Retire With Enough Money, and How to Know What Enough Is. Read on for her proposals and practical advice.

How ready for retirement is a typical college-educated professional?

The median retirement savings account balance for the top 20% age 55 and older is around $120,000. To maintain that lifestyle, planners would say you need over a million dollars.

More than 50% of middle-class Americans are likely to be downwardly mobile in retirement, based on our estimates at the New School’s Schwartz Center for Economic Policy Analysis. And about 30% of the middle class face being a poor or near-poor older adult—living on about $20,000 a year or less.

How did that happen?

In 1983 we cut Social Security benefits by raising the retirement age, and for the past 35 years we’ve experimented with a do-it-yourself retirement system. We replaced pensions with a commercially based, individually directed savings system—IRAs and 401(k)s.

What’s so bad about that?

The fees are too high. The average 401(k) charges nearly 1%, while the best ones charge about a third of that. So the average plan, because of those higher fees, will leave you with savings 12% lower than if you’d saved exactly as much in exactly the same investments but in a lower-fee plan.

Because the system is voluntary, people don’t save as much as they need to. If you’re a professional and you want to retire on at least 70% of your working income, you need to save 17% of your salary—your own contributions plus any employer match—for at least 30 years. That’s because for the top 20% of earners, Social Security replaces only about 30% of pre-retirement income.

You can’t save that much, though, if you borrow from your 401(k) or cut contributions during a financial setback, which people often do. And almost half of all workers don’t even have access to a 401(k), our research has found (see chart below).

So what can people do to improve their retirement outlook?

The best plan is to work longer and delay collecting Social Security until age 70. You get 7% or 8% more every year you wait, and it’s inflation protected. There’s no other deal like that on the planet. But that’s difficult, because as research by economist David Neumark and others has shown, many employers discriminate against older workers. And health problems often force people to retire before they want to.

I don’t want to be a downer or make people feel ashamed. That is exactly the wrong state of mind for planning the rest of your life.

If you can pay off all your debts, including your mortgage, and then work or spend down some of your retirement savings, or whatever you have to do to delay collecting Social Security until you’re 70, you’ll have an adequate retirement. Of course, the more you save on top of that, the nicer retirement you can afford.

Any suggestions for making it easier to save?

One thing I talk about in my new book is downsizing your home. You may as well do it when the kids move out, because you almost certainly will have to do it in retirement. Downsizing sooner rather than later will cut your cost of living earlier.

Downsizing can also help increase your savings by changing your reference point. When you move, buy the best house on the block, not the worst. That way, you won’t feel compelled to spend to keep up with your neighbors.

That’s what you think individuals should do. What should the government do, if anything?

We need to raise the Social Security minimum benefit up to the poverty level. Right now the minimum monthly payment is about $830, and the poverty line for a single person is $980.

I also propose a universal add-on to Social Security: a mandatory retirement account of 5% of your salary. Most of that would be contributions from employers and workers, split fifty-fifty. The rest would come from the government in the form of a refundable tax credit. To help fund your account, I’d drop the 401(k) tax deduction and instead have a tax credit of up to $600 to go directly into your retirement account. For the average worker, that would be a wash, since $600 is the average tax savings from a 401(k) contribution. But higher-income savers would pay more taxes.

All that money would go into index funds. Over a career, it should create a nest egg of three to four times a worker’s average earnings—enough, on top of Social Security, to ensure an adequate retirement. They do something like this in Sweden, England, and Australia.

I can’t imagine people will want to lose their 401(k) tax deductions.

A talk-radio host accused me of wanting to redistribute income. Yeah, I do, and we should. The retirement deduction is upside down. Over 70% of retirement-savings tax breaks goes to the top 20%, because those people save more and they get deductions on higher tax rates.

How do you fix Social Security? What would you change?

What political support is there for mandatory retirement savings?

It’s mostly Democrats. But 17 states have passed or are considering proposals—in many cases bipartisan—to create or require additional retirement savings accounts. The closest one to my proposal is in Connecticut, where a state panel is studying the possible creation of an automatic mandatory IRA for all employers with at least five workers.

You face an uphill battle if you’re arguing in Washington for more savings and higher taxes.

You know, we eliminated the income cap on Medicare taxes, and no one complained about that. We’ve actually tolerated tax increases for programs we like, and everybody likes Medicare.

Whether you’re rich or poor, we are all bound together by our concern about what will happen to us when we’re old. That’s a real strength. If we come together, reduce our spending, and save more now, we can stave off a bleak retirement future.