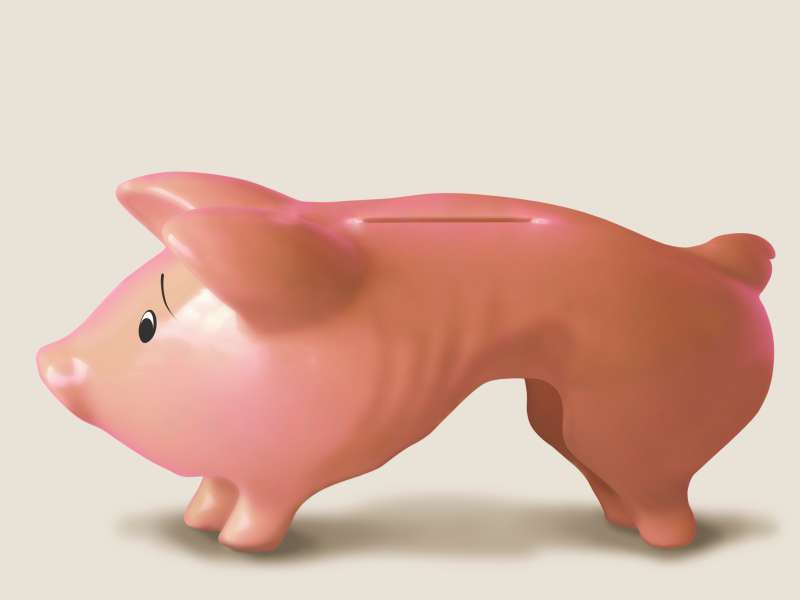 Data can be misleading. Mark Twain reminded us: “There are three kinds of lies: lies, damned lies and statistics.” Yet more often than not sets of numbers tell a compelling story, and that is the case with 29 charts recently compiled by Vox Media.

Start with this data point: the savings rate in the U.S. will be about 4.1% this year, which ranks 17th among 24 countries in the Organization for Economic Co-operation and Development. It’s a slight number next to savings rates like 13.1% in Switzerland and 9.9% in Germany. It’s also a shadow of the 10% or better savings rate we enjoyed in the U.S. 40 years ago. And consider this: Our savings rate is only this high now because of a renewed focus on putting money away and paying down debt since the Great Recession. It had been running at about 2.5% before the financial crisis.

The current generation of retirees has a big advantage that helps explain how they are getting by on so little savings: many collect a traditional defined-benefit pension, which guarantees lifetime income, in addition to Social Security. Three decades ago, 38% of private sector workers had such a pension while 17% had a defined-contribution plan like a 401(k). Those figures have reversed. Today, 14% have a traditional pension while 42% have a 401(k) or similar plan.

This means individuals are becoming increasingly responsible for their own retirement security. Yet we are doing little to prepare them. Financial concepts are not widely taught in schools in the U.S., where 15-year-olds recently tested in the middle of the pack for financial literacy—behind Latvia and Poland, and more importantly behind nations like Australia and New Zealand, where financial education is a government priority.

We’re not teaching kids about money at home either. Teens’ top source of money is gifts from friends and relatives. The share that holds a summer job is down 50% the last 20 years even though the value of summer work goes well beyond learning how to save and budget.

These data points suggest a downward spiral of sorts: we don’t save enough even though we are more responsible than ever for our individual financial well being, and we aren’t doing enough to break the trend among younger generations that will have even less of a safety net. Much of the issue would disappear if individuals simply bumped up their savings rate to at least 10% (better yet, 15%) and young people started early and let compound growth over an additional 10 or 15 years do the heavy lifting for them. Forget anything the critics say: financial education can change that. Until then, though, only households in the top 40% of net worth (at least $164,000) can expect their kids to have as much wealth as the parents. These numbers don’t lie.

Do you need help getting your retirement planning off the ground? Email makeover@moneymail.com for a chance at a free makeover from a financial pro and a story in Money magazine.