The $300,000 Reason You Should Shovel Your Walkway ASAP 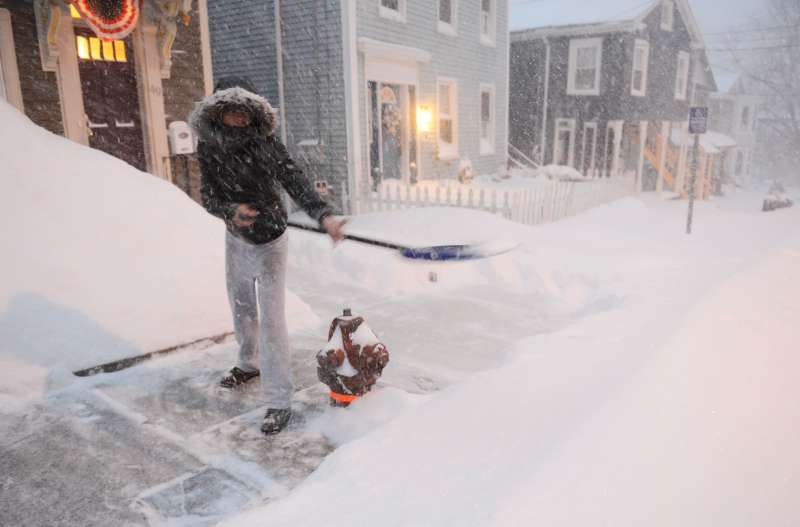 Shalonda Earvin clears the sidewalk in front of her Union St. home in Norwich, Conn., Tuesday, Jan. 27, 2015. Earvin said this was her fourth time out shoveling since it started snowing.
Sean D. Elliot—AP

Find that shovel, snow blower or your neighbor’s kid if you’re in the Northeast. Thanks to winter storm Juno, your driveway and walkway are likely topped with a lovely coat of white snow that could cost you a pretty penny if you don’t clear it quickly.

“Property owners face legal obligations to keep their property clean, safe, and ice-free,” says Loretta Worters, vice president of communications for the Insurance Information Institute. “If you fail to shovel your sidewalk or other public walkway, and someone slips and falls, you could potentially face a lawsuit. In some states, you may have broken the law, too.”

You’re responsible not just for snow and ice on private walkways but also public ones that abut your land. If you fail to keep your premises safe, those who are injured on your property could sue you, says Worters. “If someone slips on ice because of a poorly positioned downspout, it is considered negligence,” she adds.

Some places like New York City and Bridgeport, Conn. have also enacted laws that make landowners responsible for keeping public sidewalks clear of ice and snow. Those who fail to follow the law can be fined. In New York, you could have to pay up to $150 and be subject to up to 10 days of imprisonment.

Often, places that have snow clean up laws will also have a time limit for when pathways need be cleared. “Some jurisdictions say that a property owner can wait a ‘reasonable amount of time’ before clearing, which is nebulous,” says Worters. “But in Boston, property owners have three hours after the snow falls to shovel.”

While it is a good idea to check directly with your local municipality to find out if snow clearance laws apply for your town and state, the safest route is to simply shovel your area within a few hours of the snowfall’s end so you can avoid both fines and litigation. After all, even in places that do not legally require you to clear the snow, such as Ohio, you can still face a lawsuit.

Since even the most vigilant shoveler may miss a spot, Worters also recommends having liability insurance coverage to pay the cost of your legal defense and any court awards (up to the limit of your policy) should someone slip on your property and sue you. Liability limits generally start at about $100,000, but the Insurance Information Institute advises that you purchase at least $300,000 worth of protection.