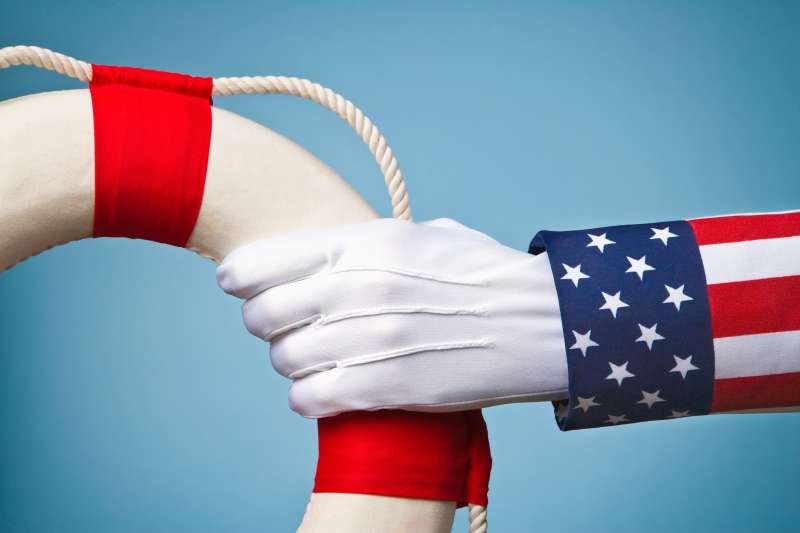 It’s no secret tax season isn’t one of the more enjoyable parts of the year (even for accountants). To a certain extent, that’s understandable. Filing a return means scrounging through receipts, rounding up documents, and depending on your financial situation, forking over more money to Uncle Sam.

But while filling out a 1040 form is never going to be fun, tax time is actually much harder than it has to be. That’s mostly thanks to the federal government, which has been reluctant to apply multiple common-sense policies that would make everybody’s April a lot nicer. Here are three ways the feds could make taxes less burdensome:

1. Let the IRS Do People’s Taxes for Them

Imagine a world where, instead of filing your own taxes, the government estimates your taxes and refund based on information it already has from employers, banks, and other institutions, and then gives you a review copy to look over. If everything is accurate, the individual taxpayer can simply accept that result and—poof!—taxes are done.

This system, called “return-free filing,” is no fantasy. It’s actually the status quo in European countries like Iceland, Sweden, Spain, and is even available to residents of California.

Why haven’t you heard of it? One reason is that Intuit (the maker of TurboTax) and other firms that provide tax preparation services have lobbied against return-free filing. An investigation by ProPublica found that Intuit alone spent $11.5 million on federal lobbying over a five-year period.

Not all that money necessarily went to fighting this specific issue, but Intuit has listed its opposition to “IRS government tax preparation” on the company’s lobbying disclosure form. Intuit has also acknowledged that return-free filing poses a risk to its business on its annual 10k filing with the Securities and Exchange Commission.

Lobbying aside, return-free filing’s opponents do have some valid criticisms. Asking more of the IRS can always be a dicey proposition, especially when its funding is repeatedly slashed (more on that in a second). The system could also be more burdensome for employers, who would need to give the government employee information sooner than they already do. There’s also the fact that the government can’t estimate particularly complicated returns; anyone looking to itemize, for example, is out of luck.

That said, return-free filing would still make life significantly easier for a huge number of taxpayers. According to Roberton Williams of the Tax Policy Center, over 23 million returns in 2012 were filed using the simplest tax form, 1040EZ, and the IRS should be able to pre-calculate those returns with “nearly perfect accuracy.” Other forms are more complicated, but some estimates suggest close to half of all taxpayers could benefit from a return-free policy.

According to Dennis J. Ventry Jr., a professor at U.C. Davis School of Law specializing in tax policy, those Americans who have been able to test out return-free filing seem to like it. A lot.

He recalls that when California first allowed return-free filing through a pilot project known as “Ready Return,” users of the program became instant fans. “It was amazing,” says Ventry, who remembers the program’s website being flooded with positive comments. “People were like, ‘Oh my god, this is the best program the government ever offered.'”

If you’ve never had your tax refund stolen, count yourself lucky. Every year, criminals steal billions of dollars from the government—and citizens—by filing fraudulent tax documents using stolen identity information and absconding with the refund.

According to the Treasury Inspector General, 1.6 million taxpayers were hit by tax identity theft in the first half of 2013, resulting in the theft of $5.8 billion dollars in refund money. Return fraud was so prevalent last year that Turbotax temporarily stopped processing state tax returns while it implemented additional anti-theft measures.

But as pervasive as return fraud is, it’s not hard to figure out why the system is vulnerable. As of now, citizens file their taxes in April, and the IRS is required to send out refunds quickly, generally within three weeks. Yet employers don’t have to send their employees’ tax information to the government until months after it’s given to workers, and it doesn’t actually reach the IRS until July.

That means the government can’t cross-reference the information your employer provided with the tax return filed in your name until long after your refund has been sent out. By the time fraud is discovered, it’s too late.

As Vox‘s Timothy B. Lee points out, Nina Olson, the National Taxpayer Advocate, has spent years advocating for a simple solution to this problem: make employers file tax information earlier, and then match that information with individual returns before releasing any money. “Upfront matching would reduce the incidence of tax fraud, identity theft, and inadvertent errors while also providing significant taxpayer service,” wrote Olson in testimony presented to the Senate Committee on Finance.

Unfortunately, for this plan to work, Congress needs to pass a law that would bump up employer reporting deadlines, and so far, that hasn’t happened. Until it does, refund fraud will be easier than it should be.

Read next: How To Get Your Money Back If Your Tax Refund Is Stolen

3. Give the IRS More Money

It might sound weird to complain that the tax man isn’t getting enough money, but the truth is the IRS is deeply underfunded, and the people who pay the price are, ironically, honest citizens.

During the last five years, the IRS has had its budget slashed by $1.25 billion dollars, representing a 10% decrease in resources.

Over the same time period, the number of total tax returns increased by about 11%. As the graph below shows, that’s led to a serious decline in service.

Before tax season began, Olson predicted the IRS would only be able to answer half of an estimated 100 million taxpayers who call the IRS seeking assistance. Those who do get through might have to wait as long as 30 minutes for help, and will only be able to ask questions on a limited number of issues. “If these projections prove accurate,” Olson noted, “taxpayers in 2015 will receive the worst levels of service since the IRS implemented its current performance measures in 2001.” (Here’s how to get help when the IRS won’t answer your call.)

The upshot of this is that honest taxpayers seeking help on their returns will go through hell trying to get answers, while anyone trying to cheat on their taxes will have an easier time. In a January email to employees, IRS Commissioner John Koskinen wrote that the agency’s diminished enforcement capacity would cost the government $2 billion in revenue.

Next time you wonder why taxes are so annoying, remember: it doesn’t have to be this way.