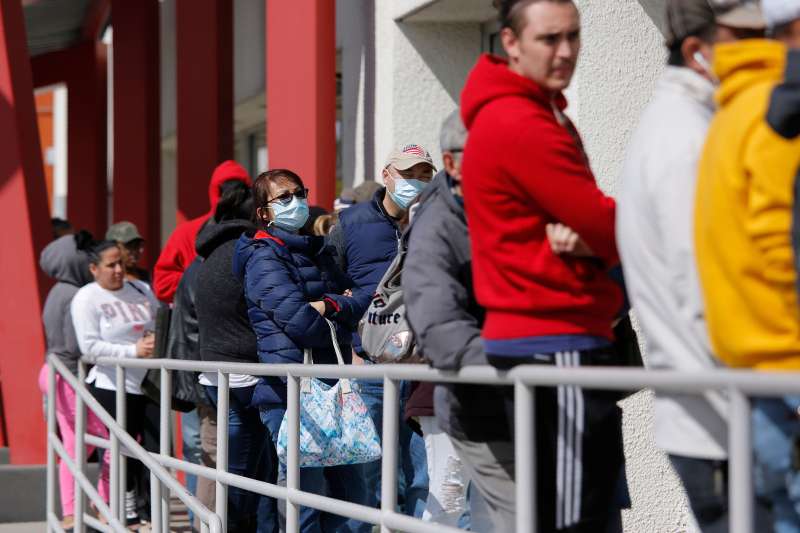 The coronavirus pandemic has provided many unexpected “firsts” for Americans since it took hold mid-March. For the first time ever, millions of Americans are working from home, spending 24 hours a day with a significant other, and with about 18% of the American workforce currently jobless, there’s a high chance that it’s many peoples’ first time filing for unemployment.

“People often feel like it’s their fault when they get laid off, but if everyone is getting laid off it’s hard to believe you did anything wrong,” says Andrew Stettner, a senior fellow at the Century Foundation, a progressive think tank. “The situation is removing the stigma. Losing your job because your company closed down is just as hard as losing your job during a pandemic.”

Are you in need of extra funds? A Personal Loan is a great option.
Settle up debts and get bills out of the way with the help of a Personal Loan. Click on your state and apply today.
GET STARTED

If this is your first time filing for unemployment and you’re finding it to be a hair-pulling experience, it’s safe to say you’re not alone. But times of mass confusion and frustration breed widespread misinformation, even if it’s presented with the best of intentions. Here are four common myths about unemployment insurance you’re likely to come across, debunked.

1. Other people claiming unemployment means less money for you

Unlike programs recently designed to help keep small businesses afloat like the Paycheck Protection Program, unemployment insurance is not a pot of money that’s doled out first-come, first-serve.

Stettner believes the confusion comes from states like California applying for a loan from the federal government to pay unemployment benefits, leading people to believe states are running out of money.

“By federal law, workers are entitled to their benefits, so even if the state were to hypothetically run out of money, the federal government is required to pay workers quickly,” says Stettner.

So if you were only recently laid off, there’s no need to worry about whether or not you’ll be able to access unemployment benefits — you have a right to it.

2. You must be completely out of work to collect unemployment benefits

The term “unemployment” seems to imply that you need to be, well, unemployed in order to receive it. In reality, workers facing drastic cuts to their hours or picking up part time work to cover a portion of their lost income can still apply for benefits.

“If you’re currently earning less than your full unemployment check would be, you’re eligible for unemployment,” says Stettner.

The caveat is that your hours will usually need to be cut down to less than half in order to collect benefits, although different states will have different rules about specific numbers. Additionally, if you pick up part-time work during the coronavirus pandemic, you will need to take extra precaution to ensure the number of hours you work doesn’t exceed your state’s qualifying limit.

3. Anyone not working can apply for unemployment

Unemployment insurance is earned through employment, making it different from means-tested welfare programs like TANF or WIC.

To qualify for unemployment, you typically have to have been working for at least the last 6 months (although this restriction has been lifted for the duration of the coronavirus pandemic) and lost your job through “no fault of your own,” meaning you cannot have been fired for issues like serious behavioral violations or committing a crime. Employees who are laid off, furloughed, or let go because they can’t perform to the standard of the company can still usually file for unemployment.

You also need to have “good cause” to have quit on your own to be eligible for unemployment — as in, you need to be able to prove you left a viable position for a legitimate reason such as taking care of a sick family member or protecting your health and wellbeing.

Before the coronavirus pandemic, full-time freelancers and small business owners did not qualify for unemployment. Thanks to the CARES Act, they will receive the same unemployment benefits as any other person currently out of work.

While changes have made it much easier for more workers to receive financial assistance, the bottom line is that you have to have been previously employed up until the coronavirus crisis to be eligible.

4. Unemployment will cover most, if not all of your financial needs

On average, Americans receive less than 45% of their previous income while unemployed, but provisions in the CARES Act are currently allowing people on unemployment to receive an additional $600 per week. While some have criticized the additional stipend for being “too much” and incentivizing workers to stay home instead of going to their low-wage jobs, Stettner says that the additional assistance is rooted in logic.

“The idea is that the average worker in the U.S. makes about $1,000 per week,” says Stettner. “Right now that extra $600 on top of average unemployment benefits [about $387] gets them closer to one hundred percent of their salary.”

When things go back to “normal,” the benefits outlined in the CARES Act are not set up to be permanent. Unemployment insurance will only cover a portion of the income most people need to survive, even though the economic ramifications of the pandemic are expected to continue after stay-at-home orders are lifted.

Personal Loans can help you in your time of need.
If you're struggling to get back on track, applying for a personal loan is a step in the right direction. Click below and find out more.
GET STARTED

How to Make the Best Resume

The Best Personal Loans of 2020

The 3 Best Places to Keep Your Savings Right Now