Yes, You Can Still Claim Unemployment While Working Part-Time. Here's What You Need to Know 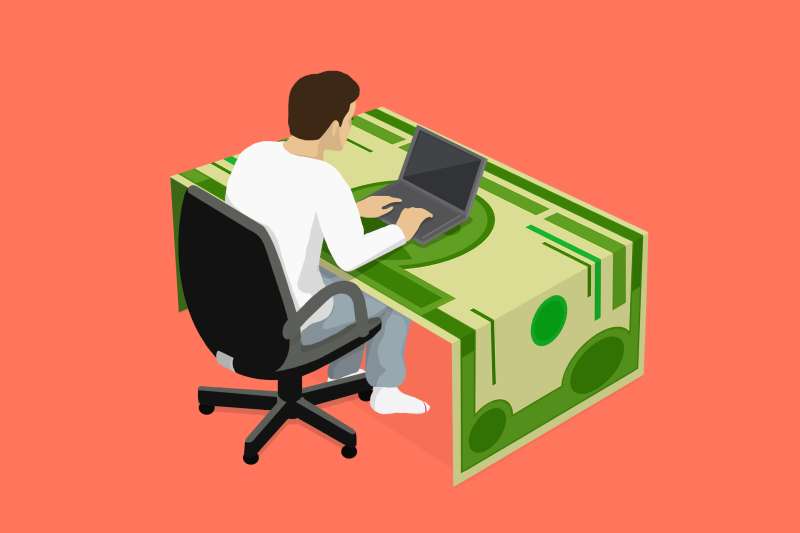 More than 26 million people have filed unemployment claims in the past month, a number that shatters previous records tenfold.

The sheer size of the out-of-work population means many of those millions are likely navigating the unemployment process for the first time. One common question among them: What happens if you pick up a short-term or part-time gig to earn some side cash? Does that make you ineligible for unemployment insurance?

The short answer is usually no, as long as you’re earning less in part-time work than you’re receiving in unemployment benefits.

“States generally encourage workers to maintain some connection to the workforce,” says Michele Evermore, a senior policy analyst with the National Employment Law Project. “That’s what unemployment insurance is all about.”

The rules around partial unemployment are especially important right now. In addition to normal unemployment payments, which average between $215 and $550 a week depending on your state, there’s an additional $600 a week in money from the federal government on the line. What’s more, gig and contract workers are eligible to receive benefits for the first time; since these workers are more likely to string together a series of jobs from various employers, they may be more likely than their salaried counterparts to pick up a job here or there.

As long as you qualify for any unemployment based on your state’s rules, then you’re also eligible for the $600–officially called Federal Pandemic Unemployment Compensation–through July, says Andrew Stettner, who studies unemployment insurance policies as a senior fellow at The Century Foundation, a left-leaning think tank.

Like most details about unemployment benefits, the specifics of working part-time will vary based on your state. Your state’s rules for calculating what’s called partial unemployment will outline how much you can earn, and in some cases how many days you can work, while still remaining eligible for unemployment payments.

If you do pick up part-time work, keep careful records of how much you work and be sure you report that to your state’s unemployment office during your weekly or biweekly unemployment certification, experts say. If you don’t and the state finds out, they’re likely going to make you repay the unemployment money and there are sometimes penalties, says Edgar Ndjatou, executive director of Workplace Fairness, a non-profit advocacy group for workers.

Having financial flexibility allows you to save money.
Recoup assesses how you spend your money to help you better handle your finances. To begin, simply click on your state.
Start Now

Other states, including Pennsylvania, California, New Jersey, protect a certain amount–typically 20% to 30%–of your part-time earnings before subtracting the rest from your unemployment payment. So let’s say you were eligible for a payment of $350 a week from New Jersey. Then you found some work earning $250 for one week. Twenty percent of that, or $50, would be protected. Then the remaining $200 would be subtracted from your full unemployment amount of $350, for a partial payment of $150.

In New York, you have to work less than four days a week and earn $504 or less in that work (that’s the maximum unemployment payment in New York) in order to still receive partial benefits. In that case, for each day you work, your weekly benefit will drop by one quarter.

Regardless of where you live, there’s one important thing to remember: If you’re already receiving unemployment, you only want to take a short-term or part-time gig if you’re confident that you won’t quit it. If you quit, then that means you aren’t involuntarily out-of-work, and that’s a key requirement for any unemployment insurance, Stettner says.

So if you take a position to make a little more money, but then you quit, you may forfeit your unemployment insurance eligibility. The one exception is if you have to quit for a justifiable reason, Ndjatou says. Those reasons, too, will vary by state, but if, for example, your spouse gets a new job and you must move, that’s justifiable.

Looking to free up some extra cash?
Managing finances can be hard, let Recoup take care of it! Recoup can manage your subscriptions, lower your bills, and stay on top of your financial life!
Start Today

How to Apply for Unemployment if You’re a Freelancer, Self-Employed, or Independent Contractor