The 3 Current Student Loan Forgiveness Proposals: Who Would Qualify? 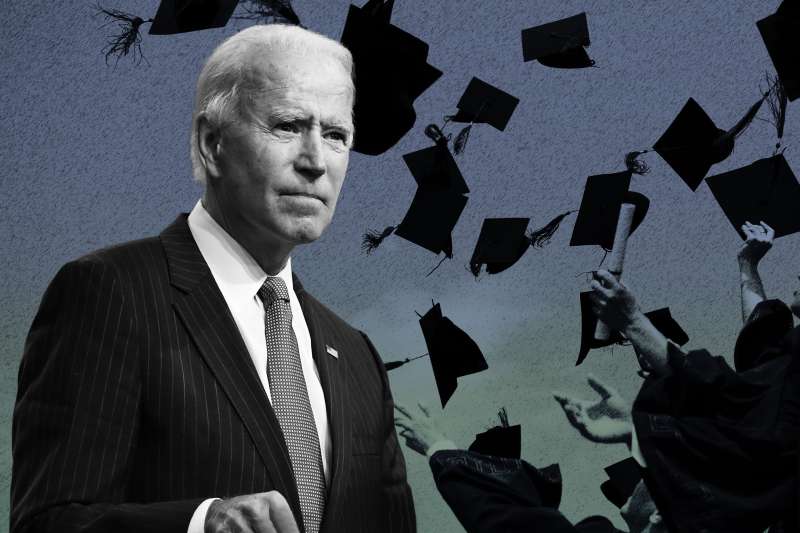 Momentum is building for President-Elect Joe Biden to take a dramatic step by single-handedly forgiving some portion of the country’s student debt.

Biden campaigned on two different proposals to eliminate debt for some of the country’s 45 million borrowers. But if Democrats don’t take control of the Senate by winning two run-off elections in Georgia in January, Biden’s options to achieve those campaign promises via legislation will be exceedingly slim.

So instead, there’s a growing contingent, including some prominent Democratic lawmakers, that is encouraging the president to cancel debt without asking Congress for permission. Last week, more than 235 organizations issued a letter pushing for the same. A recent Politico-Morning Consult poll found 26% of Americans thought cancelling $10,000 of student loans was a “top priority” during Biden’s first 100 days. Another 28% said it was “an important, but lower priority.”

Get Matched to Our #1 Student Loan Refinance Company in Your Area.
Click on your state to get a free quote and refinance your student loans while rates are at historical lows.
Refinance Your Loan Today

But cancelling debt via executive authority is still a controversial — and legally unprecedented — move.

The idea that a president can cancel student debt comes from language in the Higher Education Act that gives the secretary of education the power to run the federal loan system, including the powers to “enforce, pay, compromise, waive, or release any right, claim, liens, or demand,” under the program. Lawyers with the Legal Services Center at Harvard Law School have deemed that clause legal justification for an education secretary to cancel student debt without Congress’s input. Others think the law only gives the secretary the authority to forgive debt on a case-by-case basis, and that a single, massive sweep would require Congressional action. It’s possible the move would lead to legal challenges in court.

For many of the roughly 45 million Americans with student loans, though, the biggest question swirling around this ongoing discussion around debt cancellation may be: will my loans actually be eliminated?

That depends, of course, on the answers to the legal questions, but it also depends on which of a variety of plans would ultimately be put into place.

Here’s a breakdown of who would qualify and how much forgiveness they’d receive under three of the major proposals.

Cancelling Up to $10,000 for Some Private Borrowers

The most limited of the debt relief proposals is included in the House of Representatives’ latest pandemic relief bill, the Heroes Act. Originally, it called for $10,000 of forgiveness for struggling borrowers with both federal and private loans.

But in October, during attempts to negotiate with the White House, the House updated the bill, and now it only includes forgiveness for private borrowers who are economically distressed.

About one million undergraduates take out private loans each year, according to The Institute for College Access & Success. But it’s hard to say how many borrowers would meet the requirements necessary for cancellation through this proposal. The bill defines economically distressed borrowers as those who are behind on their payments or whose earnings are low enough that they would qualify for $0 monthly payments if they had federal loans enrolled in income-driven repayment.

Last week, Biden said in a press conference that debt relief was a part of his plan for the economy and that “it should be done immediately.” He specifically mentioned the bill that the House had passed that includes debt cancellation for private borrowers.

But Biden and his future secretary of education cannot compromise or waive the debts of private borrowers, unless the government was to buy up those debts and essentially pay off the private lenders. And that would require Congress’s approval.

Cancelling Up to $10,000 for Federal Borrowers

While Biden has indicated that he supported the relief in the legislation that was passed by the House of Representatives, he actually campaigned on a pandemic relief plan that is different. That plan included giving up to $10,000 of student debt forgiveness. Despite progressives’ prodding, Biden hasn’t said while campaigning or after winning the election whether he would try to use executive authority to achieve that.

Forgiving $10,000 may not sound like a lot money after hearing tales of borrowers struggling with six-figure debts. But it’d wipe out the entire federal debt for about 15 million borrowers and eliminate at least half of the debt of another 9 million borrowers, according to data from Federal Student Aid. It’s also important to note that borrowers with lower debt levels are actually more likely to struggle with repayment. Nearly two-thirds of borrowers who default on their loans owe less than $10,000, for example.

If Biden does decide to try to use executive authority to cancel student debt, there’s another piece of uncertainty. About 12% of the federal loan portfolio is made up of loans that are guaranteed by the federal government but actually owned by private lenders, including banks and colleges. These loans were specifically left out of the CARES Act, which paused payments for most federal borrowers. It’s unclear whether or how the executive branch could clear out those debts without paying off the lenders, so it’s possible that even if Biden attempted to use executive authority to cancel federal debt, there’d be a millions of federal borrowers who are still left out.

Refinancing your student loan could allow you to payoff your student debt early.
Lower your interest rate or reduce your monthly payment.
Refinance Your Loans Today

Cancelling Up to $50,000 for Federal Borrowers

Finally, there’s a chorus of progressive voices saying that $10,000 worth of cancellation doesn’t go far enough, regardless of whether it comes via legislation or executive action.

Earlier in the year, Democratic Representatives Ayanna Pressley and Ilhan Omar introduced legislation to cancel up to $30,000 of student debt. More recently, some progressive lawmakers have coalesced around a resolution co-authored by Democratic Senators Chuck Schumer and Elizabeth Warren in September. They’re pressing for the next president to cancel $50,000 worth of debt for every borrower. Schumer doubled down on the idea in an interview earlier this month, saying he’d like to see it done in Biden’s first 100 days. Yet Biden has so far maintained his support of more modest debt relief programs.

Cancelling $50,000 worth of loans would wipe out the student debt of about 75% of all federal borrowers, and it would cost roughly $1 trillion, according to Preston Cooper, a visiting fellow at the Foundation for Research on Equal Opportunity. (The $10,000 plan would cost about $370 billion.)

The policy idea of broad-based student debt cancellation went mainstream during the 2020 Democratic presidential primary. But the economic collapse brought on by the pandemic has given the idea new urgency, says Mark Huelsman, associate director of policy and research at Demos, a left-leaning think tank that supports debt forgiveness.

Huelsman favors forgiving a larger amount of borrowers loan obligations. While it’s true that borrowers with the lowest balance are struggling the most, there are also plenty of high-balance borrowers who have unmanageable debt.

“The actual dollar amount, it’s hard to put that at a figure that’s enough to help everyone who is struggling,” he says. “And because of that, I’d err on the side of doing more.”

What Can Student Loan Borrowers Expect Under a Biden Presidency?

Are Student Loans Still Paused? Here’s What Borrowers Should Know for the Rest of 2020