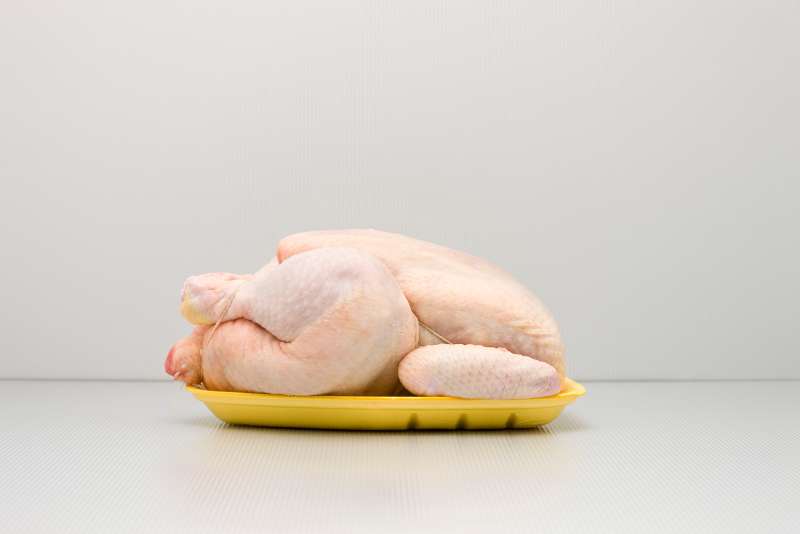 It’s been a big year for food recalls.

The FDA recalled over 318 million total food items this year, while the U.S. Department of Agriculture (which oversees meat and poultry products) recalled almost 60 million pounds of food, according to Stericycle, a consulting firm that tracks recalls. To date, these two agencies reported around 560 recalls this year — which means Big Food is one or two hummus recalls away from reversing a several-year decline.

The main culprit for the recall activity is food supply contamination, with listeria concerns in particular driving the majority of the incidents — accounting for almost 65% in the third quarter, for example, Stericycle reports.

The cause isn’t necessarily more contamination, but increased oversight, says Michael Good, a Stericycle vice president. “Because of advancements in testing and increased vigilance, they are simply being detected more often — and that provides an opportunity to actually increase food safety,” Good says.

Here is a list of some of the biggest recalls this year, in roughly chronological order.

Starting in April, CRF Frozen Foods initially recalled 11 frozen vegetable products because of potential listeria contamination. The recall quickly spiraled, however, to cover over 350 products — from blueberries to broccoli — sold under 42 different brands, as well as 100 prepared food products that used some of the recalled produce as ingredients. According to the FDA, nine people were hospitalized and three died because of the contaminated food.

At around the same time, the National Frozen Food Corp. issued a similar recall for its frozen peas and mixed vegetables.

A series of recalls netted almost 5 million pounds of chicken nuggets in total, across multiple producers, after customers reported finding pieces of plastic and other particles in the chicken. It started with a recall in early April of 40,000 pounds of Pilgrim’s Pride nuggets. Within a month, that recall had been expanded to include another 4.5 million pounds of chicken products, including patties and tenders.

Foster Poultry Farms then recalled approximately 220,500 pounds of chicken nuggets at the end of April. And Tyson joined the fray a few months later, recalling about 65 tons (130,000 pounds) of nuggets in September over similar customer complaints.

SunOpta kicked off May with a recall on its sunflower seeds — which include those packaged under the popular Planter’s brand — due to a possible listeria contamination. While no illnesses were reported, the company expanded the recall several times to include a variety of snacks that could contain sunflower seeds, including trail mixes.

The SunOpta recall triggered other recalls for companies like General Mills that use sunflower seeds as ingredients. Four flavors of Nature Valley granola bars, for instance, turned up on the recall list, which ultimately encompassed roughly 100 different products.

At the end of May, General Mills recalled 45 million pounds of flour sold under the brands Gold Medal, Signature Kitchens, and Gold Medal Wondra because of possible E. coli contamination. As a result of the outbreak, 63 people in 24 states suffered the effects of E. coli, according to the FDA.

In July, the recall was expanded to products that may have contained flour that General Mills supplied in bulk, including things like Marie Callender’s biscuit mixes and Betty Crocker cake mixes.

Just after Independence Day weekend, the USDA announced a Class I, high-risk recall covering 186 tons of Bar-S chicken and pork hot dogs, as well as corn dogs. The company did not confirm the presence of listeria, but had dealt with recurring listeria issues in the past.

Arkansas-based ConAgra recalled over 200,000 pounds of frozen dinners in July — all marketed under the P.F. Chang’s brand — after an employee noticed metal fragments, ranging from 2 millimeters to 9 millimeters in diameter, in the sugar used in products like Signature Spicy Chicken and Mongolian Beef dinners.

Fortunately, there were no reports of consumers being harmed by consuming the entrees, the USDA noted.

Cookie dough manufacturer Aspen Hills was at the heart of a major recall in October, after the company found that over 22,000 cases of cookie dough were potentially contaminated with listeria. The real impact was felt elsewhere, though: Because the dough was used as an ingredient by 27 other companies, the incident triggered shockwaves elsewhere in the industry. Five separate companies — Blue Bunny, Blue Bell, Cedar Crest, Chocolate Shoppe, and Publix — issued recalls tied to ice cream products that contained the cookie dough. Nutrisystem also recalled its chocolate chip cookie dough Nutricrush meal-replacement bars.

Sabra hummus manufacturer Taylor Farms issued a massive hummus recall just days before Thanksgiving. The company said in a statement that it was issuing the recall after finding listeria at the manufacturing facility, although not in tested finished product.

The maker of Trader Joe’s hummus, Bakkavor, followed suit In early December with a similar recall — also due to concerns over listeria contamination.

The USDA announced a Class I recall of over 17,000 pounds of National Steak and Poultry’s pre-cooked chicken products in November. The recall was spurred by a customer who complained the product appeared to be undercooked — a condition that could allow bacterial pathogens to survive in the food product.

The situation got even worse when the company expanded the recall in December to cover almost 2 million pounds of pre-cooked chicken — everything from cubed chicken to chicken strips — that had been shipped to food service locations around the country.