I Spent 7 Years Interviewing the World's Top Business Leaders. Here's Everything I Learned 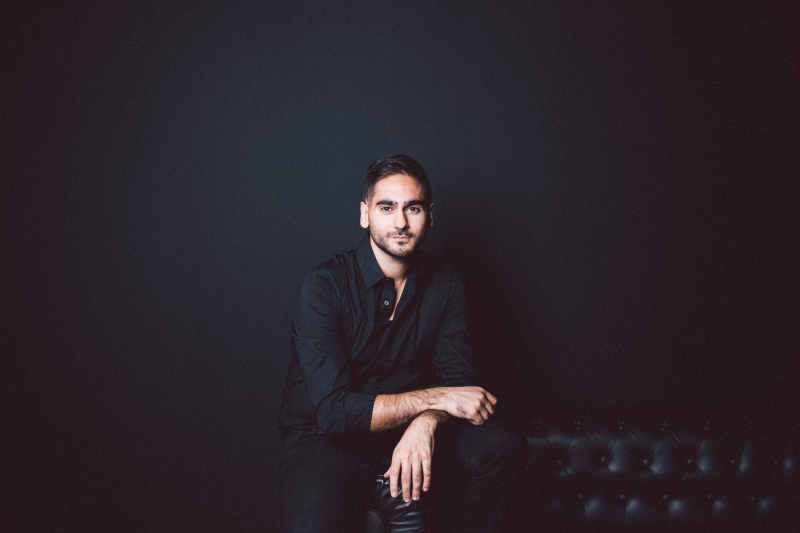 When he was 18-years-old, Alex Banayan found himself asking a question many college students grapple with: “What do I want to do with my life?”

Banayan began his freshman year at the University of Southern California in 2010 prepared to tackle the pre-med track, following his childhood dream of becoming a doctor (“I was that kid who wore scrubs on Halloween”). After reading a biography on Bill Gates, Banayan found himself wondering how some of the world’s most successful leaders and industry titans took their first steps to success and launched their careers. Unable to find the answer in any library books, Banayan vowed to discover the truth himself, which is what he does in his new book The Third Door.

Banayan embarked on a seven-year mission — interviewing his own idols like Bill Gates, Jessica Alba, Quincy Jones and Maya Angelou — in search of an answer. Along the way, Banayan devised an analogy that, to him, summarizes how successful people launched their careers. Behold: the Third Door.

Banayan spoke to Money about success, fear and making mistakes.

You started college at USC as a pre-med student. When did your interest in business and entrepreneurship begin?

I always thought I wanted to be a doctor ever since I was a kid. I wore scrubs for Halloween. I went to pre-med summer camp. I always thought business was something I was into, but it felt like more of a side hobby. Being a doctor wasn’t a path—it was an all-consuming identity. It was my parents’ dream, my grandparents’ expectations. When I was a freshman in college, I finally had some space to actually start wondering if this is actually what I wanted. Once I started asking myself these questions, that’s when I realized I had no idea what I wanted to do. How did all these people I look up to realize what they wanted to do? Those questions are what spurred this journey.

What were some of the biggest hurdles you faced while writing the book?

The hurdles might seem obvious in hindsight, but were a huge surprise to me as a naïve 18-year-old. Each interview was a giant adventure and its own set of hurdles that I couldn’t have expected. It took two years to get to Bill Gates, three years to get to Lady Gaga.

Some hurdles I could get through — Larry King and Bill Gates — but others I fell flat on my face, like with Warren Buffett and Mark Zuckerberg. With every interview, there was always a way to make it happen, just like with the Third Door.

How did you keep fighting through rejections or failed interviews and tell yourself not to give up?

There were a ton of moments when I asked myself about giving up and you can’t help but wonder if the mission was worth it. This book has nothing to do with Bill Gates or Warren Buffett. This book derives from this larger idea that if all these people came together to share their best wisdom with the next generation, young people can do so much more.

One of the great disservices that a lot of business and self-help books have is that they tell you to “power through” and “focus on the positives.” But they don’t talk about how gut-wrenching these rejections can be and how isolating this journey is. In hindsight, I realize that it’s okay to take a day off and sulk. What matters is that the next day or next week you can get back at it. Those low moments are actually some of the greatest lessons.What really helps is this idea of possibility. When you change what someone believes is possible, you change what becomes possible. That’s the most powerful thing you can give someone.

You hacked the Price Is Right and ended up winning a sailboat. You yelled Larry King’s name in a parking lot and convinced him to have breakfast with you. You traveled to Omaha to try and meet Warren Buffett. How did you find confidence and overcoming your fears when it came to cold emailing people or putting yourself out there?

I am probably one of the most scared people you’ll ever meet. It’s not that I’m fearless at all. I’ve learned that there’s a giant difference between being fearless and having courage.

Fearlessness is the absence of fear, which is dangerous and unhealthy. No one who I’ve interviewed would I classify as fearless. Whether it’s Bill Gates or Mark Zuckerberg leaving school — they were all terrified. But what each person I interviewed had was courage. Courage is studying the consequences, befriending your fear and deciding that you will take one step forward anyway.

Quincy Jones told you, “Your mistakes are your greatest gifts.” What are some mistakes you made along the way that have turned into gifts?

The biggest mistake that I made was being over-persistent. If you read any business book, someone will say something about persistence being the key to success. But what no one ever talks about is the danger of over-persistence.

When I was trying to get an interview with Tim Ferriss, I was sending his assistant 32 emails back-to-back-to-back to the point where he wanted nothing to do with me. I spent 8 months writing letter after letter and calling week after week to Buffett’s assistant. I had a very two-dimensional understanding of persistence. I thought that the more you bang on a door, eventually it’ll get knocked down. What I didn’t know is that if you bang on one door long enough, they’ll put up reinforcements and call security on you.

After my interview with Bill Gates, his office called Buffett’s assistant on my behalf and they still said no. I dug myself into such a deep hole with over-persistence that not even Bill Gates could pull me out.

But these mistakes with persistence taught you an important lesson about in-person interactions.

Larry King taught me that technology has changed so much over the past 20 years, but looking someone in the eye humanizes yourself that no email or phone call ever can. The more digital the world gets, the more powerful it is to sit with someone face-to-face. Only then will they see your true intentions.

Have you always lived by The Third Door philosophy? If not, when did you come to this epiphany?

The Third Door has always existed in some way for all types of people. There’s something about the framework about the Third Door analogy that resonates with so many of the people I’ve interviewed. It’s so tangible.

This analogy only came to me about 70% of the way through the process. Every person who I interviewed lit up when they heard my analogy. Jessica Alba said, “Thats how we hire people.” Pitbull said, “That’s how I’ve lived my entire life.”

You’re the son of Persian immigrants and are a first-generation American. What does the American Dream mean to you?

What America and the American Dream means for me is a promise of possibility. The whole point of the American Dream is that people like my parents, who were being persecuted for their religion in the Middle East escaped, and came to America as refugees. My grandfather was held against his will at gunpoint in an execution compound, but he escaped. They all came to the United States because there is a promise that hard work will pay off. There is always a way.

What would you tell someone looking to change careers?

It’s okay that you’re scared. That’s normal. Don’t let the fear of taking a risk act as some sort of clue that what you’re doing is wrong.

It’s important that instead of resisting your fear, agree with it. Acknowledge that being afraid is normal and then start moving forward. Grab fear by the hand and take it with you.

The hardest part is jumping out of line where there’s certainty and comfort and run down a dark alley to the Third Door. You will find a way to make it happen.

This interview has been edited and condensed for clarity.

You can buy Banayan’s book, The Third Door, here