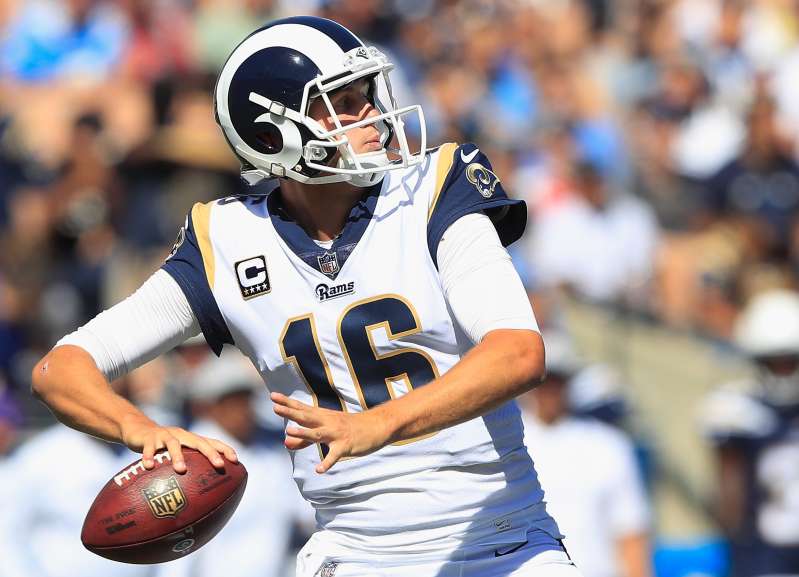 Sports fans have more options than ever to live stream NFL games for free during the 2018 season. Among the possibilities: You can watch many “Thursday Night Football” games online for free on Amazon Prime, starting with the September 27 matchup between the Minnesota Vikings vs. Los Angeles Rams.

What Time Is “Thursday Night Football”?

Amazon has the rights to live stream only the 11 games airing on Fox. While the Fox TV broadcast features Joe Buck and Troy Aikman as announcers, the Amazon Prime Video online stream will be called by Andrea Kremer and Hannah Storm as the first all-female cast to broadcast an NFL game.

This is the NFL “Thursday Night Football” schedule of games you can watch for free on Amazon Prime:

To live stream these games on Amazon, you must be a member of Amazon Prime, the subscription service that includes two-day free shipping on most Amazon purchases, plus perks like unlimited streaming of certain music and video content. An Amazon Prime subscription generally costs $119 per year or $12.99 per month, and you can test out the service during a 30-day free trial period.

How to Watch “Thursday Night Football” for Free on TV

As mentioned, the games available for free live streaming on Amazon Prime are also being broadcast on local Fox stations. If you have even a basic satellite or cable TV package, you probably have a Fox channel. Simply find it to watch “Thursday Night Football” for free.

If you don’t have cable, you can still watch “Thursday Night Football” for free on TV with the assistance of a digital antenna. You can buy one for around $25, and once it’s connected to a TV you will get free, unlimited access to networks like Fox, NBC, and ABC in most of the country.

Other Ways to Live Stream “Thursday Night Football” for Free

As we’ve previously reported, two apps allow fans to stream NFL games on their phones for free. The Yahoo Sports app and NFL App let you live stream the following games during the 2018 NFL season: locally broadcast Sunday games (including those featuring the home team in your region), plus nationally televised primetime games such as NBC’s “Sunday Night Football,” ESPN’s “Monday Night Football” — and yes, all of the “Thursday Night Football” games.

Yet another way to watch “Thursday Night Football” online comes by way of streaming TV services such as Fubo TV, Hulu Live, DirecTV Now, PlayStation Vue, Sling TV, and YouTube TV. In most of the country, these services include local broadcasts of channels like Fox and CBS with their packages, and they all offer free trial periods of five to seven days to new subscribers.

So you can register and watch “Thursday Night Football” online via your local Fox station, and then check out the service for a few days during the free trial period. Just remember to cancel before the trial ends if you don’t want to become a paying subscriber. Subscriptions start at roughly $25 to $45 per month, depending on the package and provider.