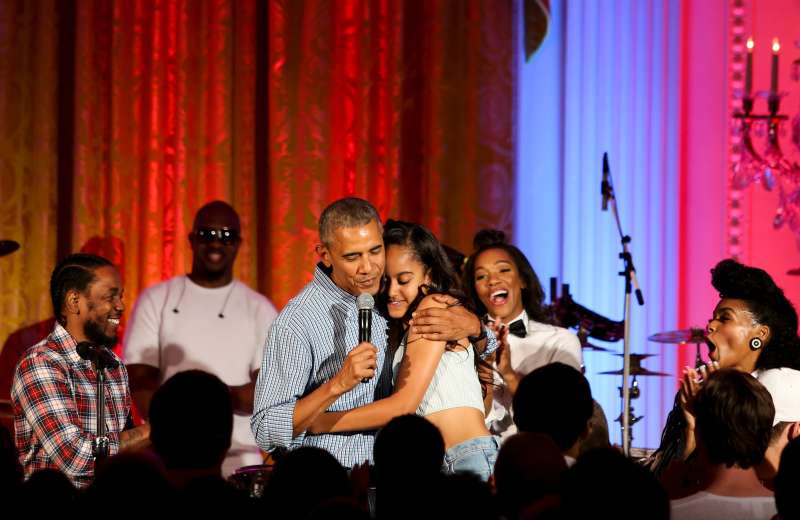 The music-streaming service Spotify has a new job opening, and it appears as if only one person on earth has a chance of getting the gig. Among the qualifications for the position, entitled the President of Playlists, are “at least eight years experience running a highly-regarded nation,” plus a “good team spirit, excellent work ethic, a friendly and warm attitude, and a Nobel Peace Prize.”

Spotify also states that the candidate must have “experience in programming playlists at a federal level,” including “anything from an eclectic summer playlist, to a celebratory, ‘I just found my birth certificate’ playlist.” To get the job, you must have plenty of contacts in the music business too. “Ever had Kendrick Lamar play at your birthday bash? We’d love to hear about it!” the job listing states.

Quite obviously, the position—intended as a fun goof—is directed at one specific individual who is about to be out of work: President Barack Obama. Obama won the Nobel Prize in 2009, and, we must point out, Kendrick Lamar performed at the White House on the birthday of Obama’s daughter Malia, not the president himself. But we suppose that’s close enough.

President Obama, who has created Spotify playlists in the past, has expressed some (mock) interest in working for the company. “I’m still waiting for my job at Spotify,” Obama joked last week during a meeting with Mark Brzezinski, the former ambassador to Sweden, where Spotify was first launched. “Cuz’ I know y’all loved my playlist.”

Spotify took things from there, with CEO Daniel Ek tweeting the tongue-in-cheek job posting on Monday:

No salary is listed for the position. Whoever gets the job will be expected to “provide world-class leadership to our playlist editors and supporting staff.” A successful candidate must also “analyze data and performance of playlists in a clear and transparent manner using all available intelligence” and “attend daily briefings”—requirements that might rule out certain other high-profile world leaders.