The Best Electric Knife for Your Money 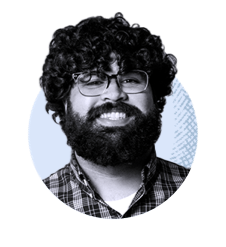 Thanksgiving guests tend to be hungry and impatient, and turkeys are huge. If carving that turkey is the most dreaded part of your dinner prep, there’s a tool that can help: the handy and affordable electric knife.

An electric knife has reciprocating blades powered by a small motor. This makes cutting even the toughest foods easy since the knife does most of the work for you, and doesn’t require a constant sawing motion. If you have arthritis, mobility issues or injuries, or perhaps cook for a large family regularly, an electric carving knife could make your kitchen duties much easier.

It’s not a big investment either. Electric knife prices usually hover somewhere between $15 and $30.

Unfortunately, some manufacturers have discontinued their electric knives altogether and so options are dwindling. But there’s a similar tool for those that need one for everyday use: the electric fillet knife, made and marketed for fishermen to process large amounts of freshly caught fish. These knives tend to be dependable and powerful and have more blade options for the many varieties of fish, and they're helpful for a wide range of carving chores.

Here are some of the factors to consider when choosing the best electric knife for you.

• Electric or battery-powered? Most electric carving knives, as the name suggests, need to be plugged in to an electrical outlet to work. While this removes the hassle of charging or replacing batteries, but it can also be very limiting, as cables are normally about 5 feet. That’s enough if you have an outlet on your kitchen counter or don’t mind hooking it to an extension cord, but if you want to use it outside during the BBQ, at the dinner table for tradition’s sake or even while out on a fishing trip, it can be inconvenient.

However, in the fishing industry, companies like American Angler, Rapala and Bubba have released new cordless fillet models recently. They’re expensive (often around $200), but have longer durability, more powerful motors and bigger batteries. What’s more, modern lithium ion batteries are far more reliable and have longer runtimes than they used to , and they don’t lose their charge while not in use like before.

• Comfort and button placement. Ergonomics are important in electric knives since that’s a big part of their draw — preventing strain on the hands and wrists. When you’re looking for an electric knife, examine the shape of the handles, and make sure there are no hot spots (areas that can dig into your skin) and that the size is appropriate for your hands. There are many complaints about certain models being too big to handle or maneuver comfortably.

Also look at where the main trigger is placed. Normally, a trigger on the underside of the handle is the most comfortable, as you naturally would press it with your index finger. Triggers on the top can be annoying, they make you hold the knife in an awkward way and can make you push down too hard when cutting.

Another thing to consider is the safety lock, which not all models have. If you have children or just would like do decrease the chances of an injury, make sure to choose one with that added layer of protection.

Note, however, that safety locks could be inconvenient depending on their placement. If a safety lock is the kind you can click on or off, or is a mechanical lock (a cover on the trigger, for example), it may not present any issues since you can simply unlock it once and keep it that way. If, on the other hand, it requires you to press the unlocking mechanism along with the trigger to turn on the knife, that could prove unwieldy, especially when the safety is on top and the trigger is on the underside.

• Blades included. Although most electric knives come with the same style of blade, some will add wider or thinner blades for different tasks. If you plan to do a lot of cutting and carving, keep this in mind and look for one that has the versatility you need.

Electric fillet knives have a different style of blades, on the other hand. Most models have pointy blades, the kind used to make an incision on a fish. Mainly, they have what’s called a belly, which is a noticeable curve close to the tip. This is used for making small cuts near the fish's tail or when removing bone. While these blades work just as well for meats, cheeses or bread, if you want a straight blade without a sharp tip (which can be dangerous or can puncture areas you don’t want to), make sure that the kit includes a straight blade with a rounded tip.

• Durability and warranty. As electric knife options from renowned brands decrease, cookie-cutter models from new, unknown names pop up. Prices are all within the same range, so it’s wise to prioritize tried-and-true products from reputable kitchenware brands.

Lastly, it’s important to look at the length of the warranty. The average for these products is about one year, so anything longer than that is a very good sign.

Hamilton Beach is a household name when it comes to small appliances. The company has been manufacturing them for over 100 years, and its electric knives have been around almost since the invention of the tool itself back in the ‘60s.

Currently, Hamilton Beach offers budget-friendly electric knives in most big-box stores and, of course, online. The 74250R, at approximately $20, is affordable and comfortable to use, and can handle any roast, bread or cheese you throw its way. As a bonus, some reviewers say it’s great for cutting styrofoam and rubber in the arts-and-crafts room.

It has an easily accessible trigger placed right at the curve where your index finger naturally rests, and an easily accessible blade detachment button up top. This separation of the buttons is important, since a common problem with some models is people confusing the two and dropping the blade.

Though the Hamilton Beach only comes with one blade, it’s a versatile one. It's not too thin and not too thick, and can easily handle a variety of cuts. It also comes with a bonus carving fork, so if you were looking for both tools for that Thanksgiving dinner, you’re in luck.

There are some complaints in reviews about it overheating, but that seems to be mostly caused by overuse — something these tools aren’t really designed for.

Similar to the Hamilton Beach, this Black+Decker carving knife is very easy on your hands, and just as affordable ($20). And it has the perk of an additional year of warranty coverage.

The ergonomics are also on point. This knife’s neck provides enough space for most hand sizes, and it has a trigger placed in the right spot for the index finger to press. It has a blade that lines up with the handle so when you cut, the handle doesn’t obstruct the way to the cutting board (which can happen in other models).

However, there are some complaints that the safety lock, placed right on the trigger, can slide back into place, especially when moving the knife a lot. This prevents the knife from turning on and can become a hassle.

Other than that, this Black+Decker is a solid knife, designed to be easy to use even for extended periods of time.

Part of the Hamilton Beach family, Proctor Silex is a well-known small appliance brand. Its electric knives perform on par with its big brother, and have very similar, if not identical, frames.

The Proctor Silex Easy Slice is just as comfortable to use as Hamilton Beach’s offering, and also has a one-year warranty. There are two key differences, however: The Proctor Silex is usually about $3 cheaper and it doesn’t include a fork. So, if you don’t need a carving fork, and are just looking to buy something quickly for an upcoming dinner, this might be a better choice.

If you want heavy-duty performance and the freedom that comes with cordless operation, look no further than the Bubba Pro Series. Priced at just under $190, this knife is expensive, but also one of the most advanced electric fillet knives out there.

While most knives of its type are encased in plastic, the Bubba Pro has an aluminum casing to protect it from falls. Because it’s meant to be used in wet conditions, it has rubber on top which provides a non-slip grip. It also comes in a hardshell case that safely houses the handle, an extra battery (included) and all the blades, making it extra easy to pack and bring along on adventures far away from any power source.

The four included blades are high carbon stainless steel, which offer durability and stay sharp for a long, long time. They’re also coated with titanium nitride to aid with corrosion resistance. It has two flexible blades (one 7” and the other 9”) and two stiff blades (9” and 12”), all of them curved and with a pointed tip.

(If you prefer straight, rounded tip blades on a cordless knife, consider the Waring Cordless Lithium; however, although it has a durable brushless motor, you’ll be sacrificing ruggedness, the removable battery and heavy-duty materials for the same price.)

The Bubba's handle is well-contoured, but the trigger is placed a little too high in our opinion. Additionally, the trigger guard, although great for safety, makes you separate your index from your middle finger quite a bit, which can get uncomfortable. Moreover, it only has a one-year warranty, which is on the low end for a tool of this price.

However, with a brushless motor (which tends to last more than other types), a replaceable battery and a durable exterior, the Bubba Pro should be a reliable companion for any adventure — whether on a boat or in a kitchen.

The Best Knife Sharpeners for Your Money