How to Invest in Bitcoin Alongside Stocks and Bonds 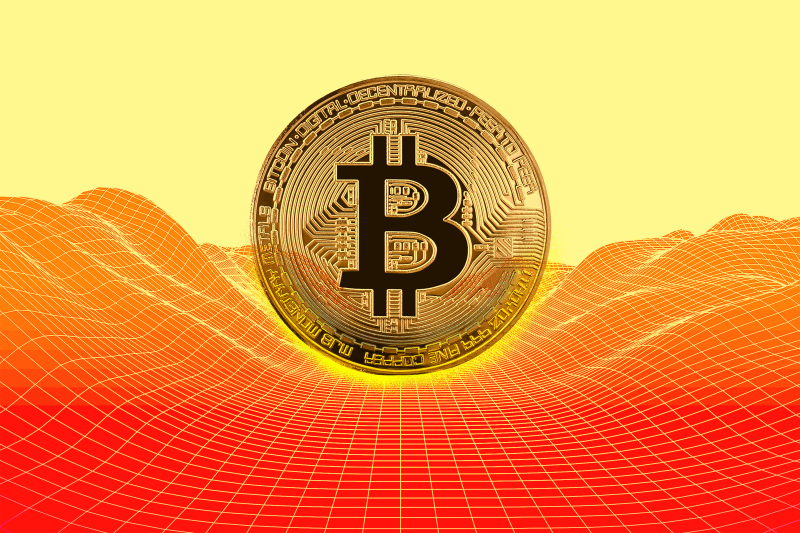 Bitcoin is starting the new year with a bang. While the cryptocurrency is only getting more popular, figuring out how — or even if — it fits into a traditional investment portfolio alongside stocks and bonds isn’t easy.

The digital currency hit an all-time high of $41,000 last week, before falling off sharply. It traded at about $32,000 midday Monday. While Bitcoin has now been around for more than a decade — and gotten its fair share of craze and criticism — institutional investors have recently been pouring in.

Analysts at J.P. Morgan wrote in a note to clients this week that Bitcoin has the potential to rise as high as $146,000. Meanwhile, payment giant Paypal recently launched a service that allows its users to buy and sell bitcoin along with other cryptocurrencies and a new Visa credit card offers bitcoin rewards.

Sure, Bitcoin seems to be all the rage right now, but it’s important to remember that the digital currency has a history of volatility and is unregulated. Even though everyone is talking about it, investment decisions should be made with prudence, not from FOMO (fear of missing out), says Anjali Jariwala, certified financial advisor and founder of FIT Advisors.

Bitcoin definitely isn’t for every investor — but if you decide it’s something you want to wade into, do so cautiously.

What kind of asset is Bitcoin?

Gold has long been considered a safe-haven asset because its price tends to rise as stocks fall, or at least stay the same. Since Bitcoin’s launch in 2009, there have been many comparisons between the two assets — with some calling Bitcoin the “digital gold” — because Bitcoin also doesn’t seem to be directly correlated to stock performance. Both are also not issued by the federal government or a central bank, and have a limited supply: the creators of Bitcoin made sure only 21 million coins can be mined, and there’s only so much gold that can be dug up from the ground.

Build your ultimate crypto portfolio.
eToro provides investors, from beginners to experts, with a comprehensive crypto trading experience, on a powerful yet user-friendly platform. eToro USA LLC; Investments are subject to market risk, including the possible loss of principal.
Start Investing in Crypto

Any asset that rises when stocks fall is useful for an investor as it diversifies their portfolio. But earlier this year, Bitcoin proved that it’s not the safe haven so many have made it out to be. When the market plummeted in March as COVID-19 hit the U.S., so did Bitcoin. Generally, correlation between Bitcoin and stocks is low, but that correlation tends to rise during “bad times,” says Nick Maggiulli, Chief Operating Officer at Ritholtz Wealth Management.

“When things aren’t crazy it’s a good diversifier,” Maggiulli says of Bitcoin. “When things get really crazy, it’s not.”

So while it may be tempting to jump on the Bitcoin bandwagon, don’t look at it as some kind of miracle elixir that is going to make you rich quick, but instead an option for a small part of your portfolio—5% at the most, some experts say. (Maggiulli recommends no more than 2%.)

What are the risks of Bitcoin?

With Bitcoin all over the news and its prices soaring, it’s no wonder that so many people are interested in investing, maybe even for the first time. Buying bitcoin can also be tempting because — since there’s no third party involved in a sale — it can be bought or sold quickly across nations. It also can also be exchanged securely, and is more difficult to counterfeit than cash. But skeptics of Bitcoin say it doesn’t have intrinsic value and is a bubble that, eventually, will burst.

The cryptocurrency can be very volatile. After hitting a record high in December of 2017, for example, Bitcoin plunged 50% the first month of 2018. So if you are looking to invest a small amount in Bitcoin, make sure it’s something you are going to hold onto for a longer period of time, not something you’re going to want to sell when the price drops and you get worried, Jariwala says.

“You have to be comfortable with having that money potentially go away,” she adds.

There are also security concerns when it comes to Bitcoin, as it is stored digitally. Many investors are worried about getting hacked or having someone steal their bitcoin, says Greg King, CEO of Osprey Funds. It’s important to have your Bitcoin investment backed by a robust safeguarding process, he adds (for example, Fidelity Investments is the custodian of his firm’s Osprey Bitcoin Trust).

Bitcoin is also not regulated on an exchange. There are upsides to this — like no need to deal with a bank, for example — but it also makes the currency’s future uncertain. Maggiulli says the biggest risk to owning Bitcoin is its possibility of being banned. While this might seem far-fetched in the U.S., the Securities and Exchange Commission’s (SEC) recently filed a complaint against Ripple, a cryptocurrency creator, leading to its cryptocurrency being delisted from some exchanges. Also, as Maggiulli points out, the U.S. government did ban the ownership of gold in the 1930s.

And keep in mind that it’s usually not a good idea to start investing in an asset when it’s at an all-time high, even if — or especially because — everyone else is doing it.

How do you actually invest in Bitcoin?

If you’ve decided investing in a small amount of Bitcoin makes sense for you, you’ll need a “digital wallet” where the currency will be sent. You can buy bitcoins via a mainstream cryptocurrency exchange like Coinbase or Gemini, which would allow you to see the price performance like a stock or ETF. While most of those investing platforms only allow you to trade cryptocurrency, you can also trade Bitcoin with Robinhood, PayPal and Square.

Keep in mind that the IRS considers Bitcoin property, not currency, which means there are tax consequences. If you hold the bitcoin for a year or less, any trading profits are taxed as short-term gains — at the same rates as ordinary income. But if you hold it for more than a year, your profits are taxed as long-term capital gains, at rates of 0%, 15% or 20% in 2021 depending on your income level. The IRS has more recently been going after cryptocurrency holders who aren’t reporting their digital currencies.

If owning the digital coins yourself isn’t appealing, there are also publicly traded Bitcoin trusts, which are similar to ETFs or mutual funds, like the Grayscale Bitcoin Trust (but watch out for high annual management fees, which is 2% for this Grayscale trust). But Bitcoin ETFs are not yet in the U.S.

Join eToro and gain the tools and confidence to start trading cryptocurrencies, stocks and other top markets.
eToro USA LLC; Investments are subject to market risk, including the possible loss of principal.

Remember: an investment in Bitcoin — if it makes sense for you — should be an offshoot of your core portfolio. If you have excess money and are interested in cryptocurrency, it might make sense to invest a small amount of that in Bitcoin, but don’t put your retirement savings on the line.

Pandemic or Not, These Stay-at-Home Stocks Are Just Getting Started