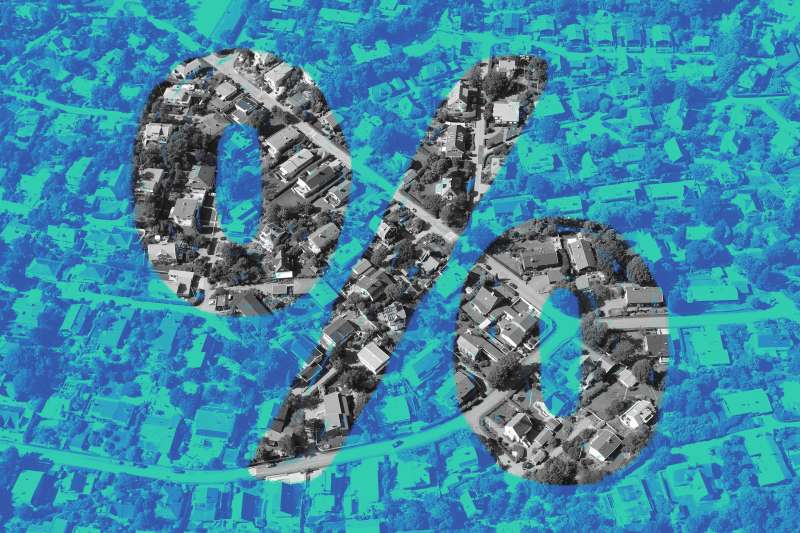 Anyone who participated in the housing market in 2020 has been on a wild ride. Mortgage rates kept reaching new historic lows — 15 of them so far, to be exact — and home prices grew double-digits. All despite the economic turmoil caused by the COVID-19 pandemic.

Looking forward to 2021, will the new year be as wild as the one we’re leaving behind?

The consensus among four industry experts we spoke to is that mortgage rates are likely to rise from the current low of 2.67%, but they don’t expect a massive spike. Most experts are forecasting rates to stay close to their current historic lows early in the year and maybe rise as high as 3.4% by the end of 2021.

Likewise, home prices should continue to grow, although none of our experts are predicting growth as fast as this year’s. Instead, they expect median home prices to rise a maximum of 6%. The strongest price growth is likely during the first half of 2021, before moderating later on.

Factors That Could Move Mortgage Rates

If the idea of interest rates going up makes you nervous, it shouldn’t. Most experts believe the rise will be gradual, with very low rates still the norm during the first half of the year. “Maybe [rates] will move up a couple of decimal points. That’s not anything alarming, and definitely considered very favorable from a historical perspective,” noted Lawrence Yun, chief economist for the National Association of Realtors.

The Fed. Policy makers at The Federal Reserve recently reaffirmed their commitment to keeping short-term interest rates at near-zero for the next few years, a promise that Yun said will contribute to continuing low rates.

Even though he expects rates to increase, Yun still views 2021 as a continuation of the 2020 market, which he described as very consumer-friendly.

The vaccine. According to Joel Kan, associate vice president of economic and industry forecasting for the Mortgage Bankers Association, the recent news of the approval and initial distribution of the first COVID-19 vaccines can provide a much-needed boost to the economy. He also pointed out that a new stimulus package can help spur that economic growth, helping to push interest rates higher in the long run. A continued economic recovery coupled with increased government spending will place upward pressure on mortgage rates.

George Ratiu, senior economist at Realtor.com, also believes that rates won’t rise significantly until the second half of 2021, after the COVID vaccine has been widely administered and the economy starts making a more sustained recovery.

Based on the logistics of the vaccine distribution that have been made public, Ratiu believes it will take 6-to-8 months for the vaccine to reach a majority of the population, delaying any positive economic effects until late in the year.

Treasury yields. Ratiu expects Treasury yields to cross 1% by the beginning of 2021, pushing mortgage rates up along with them. Treasury notes are fixed-income investments issued by the U.S. government and are considered one of the safest investments available. The Treasury yield is the interest rate the government pays to borrow money over different periods of time.

The 10-year Treasury rates, which usually serve as a benchmark for mortgage rates, dropped below 1% for the first time ever in early March and within days reached a record low of 0.498%.

Since then, yields have been making a slow comeback and have been consistently above the 0.90% mark since the beginning of December. If yields continue their upward trend, interest rates could soon follow.

With the proper help, you can buy a new home.
A mortgage expert will work with you to organize your budget, so you'll be on your way to a new home. Click on your state and let's get started.
GET STARTED

Factors That Could Move Home Prices

In 2020, record low mortgage rates helped drive home buyer demand. At the same time, the housing market started the year with a deficit of 4 million units. Together, this strong demand and weak supply meant prices soared.

According to Leonard Kiefer, deputy chief economist for Freddie Mac, Freddie Mac data on home prices for the three months ending in October indicated that home prices rose at an annualized rate of 20%. However, he doesn’t believe we’ll see the same amount of growth in 2021.

“A lot of that is bounce back from the slow-down we saw over the summer,” he noted.

Inventory gains. Our experts believe home price growth will slow as more housing inventory comes onto the market in the new year. In November, housing starts were at a seasonally adjusted annual rate of 1.5 million, according to the U.S. Census Bureau. On average, those should be ready for occupancy in about seven-months.

Kan points out that as new construction starts to ramp up and more homeowners decide to sell their homes, the inventory gains should ease prices. “That’s typically kind of the little cycle that goes on for inventory free-up,” he said. “So as we get more inventory we do expect home price growth to moderate.”

Dwindling affordability. This year, Yun noted, home prices rose faster than income. However, low mortgage rates offset some of the rise in prices, allowing many who were fortunate enough to still be employed to buy.

This trend should continue during the first part of 2020. However, Yun noted that with rising interest rates, many first-time homebuyers could be priced out of the market.

Ratiu agrees that affordability could become an issue at some point early next year. Referring to the double-digit price growth of the past few months, he noted that when wage growth is compared to price appreciation, the math becomes unsustainable. “At some point, we’re just going to run out of steam and people capable of affording these price gains,” he said.

Remember, however, that how rates and prices behave will have a lot to do with how the economic recovery unfolds as well as the progression of the COVID-19 virus. Don’t be surprised if something unexpected happens.

He also points to the fact that 9 million more Americans are unemployed compared to February. Add in the recent surge of virus infections and renewed shutdowns occurring across the country, Kiefer said, and it becomes difficult to predict what will happen in 2021.

Whether it’s your first home or your next one, Quicken Loan experts can walk you through the process.
Click below to consult a mortgage expert today!
Get Started

New Money Study: How the Pandemic Is Changing Americans’ Credit Card Habits, From Spending to Paying Down Debt