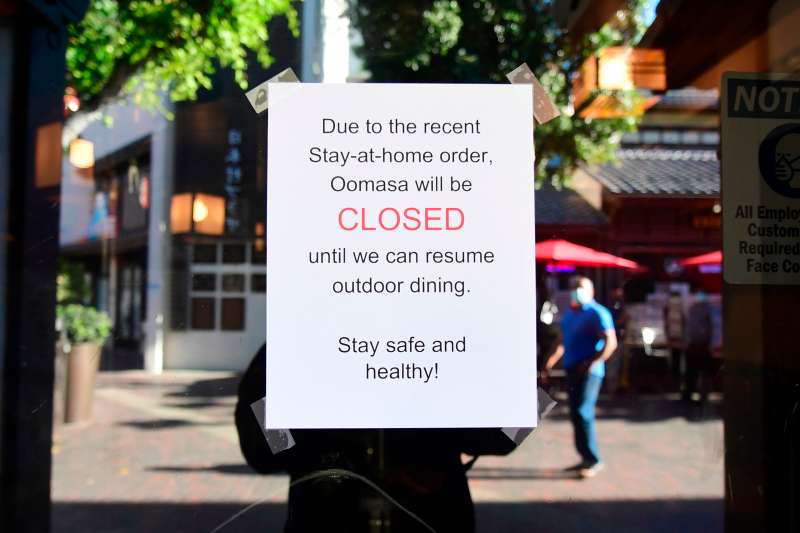 Business-interruption insurance was a bust when it came to covering losses triggered by COVID-19. But a new policy planned for early next year promises to protect small businesses against future pandemic shutdowns, including those from COVID-19.

Huckleberry, an insurtech company that sells policies in 26 states, says it will launch a virus-related product to supplement a regular small-business insurance policy in the first quarter of 2021. The company’s Pandemic Business Interruption Plan will pay out for losses from government-mandated shutdowns, after a waiting period of between seven and 10 days after such an order is imposed.

The product will supplement customary business-interruption coverage. Regular policies cover losses from such perils as fires and broken pipes, but not those due to pandemics or other interruptions that don’t physically damage business property. Those limitations have left enterprises — from restaurants and bars to health clubs and barbers — unable to collect on losses they suffered after being ordered to shut down due to COVID-19. Legal action to force insurers to pay out has been unsuccessful.

Premiums on the Huckleberry plan will vary according to the infection rate at the business’s location at the time of purchase. Chief Executive Bryan O’Connell says the data will allow Huckleberry to predict the risk of the particular policy — with higher rates at the time of signing the policy triggering higher premiums. While Huckleberry says pricing is still being finalized, policies will begin at $250 a month. O’Connell says that premium might buy shutdown coverage of roughly $3,500 a month.

Your business is your greatest and most valuable asset, keep it safe with a business insurance policy.
A Hartford Business Insurance policy can protect you against risky lawsuits, the loss of your business partner, and much more. Get a free quote by clicking on your state.
Get a Free Quote
ADVERTISEMENT

With probable premiums of hundreds of dollars a month, the pandemic plan will exceed the cost for regular business-interruption insurance, which typically costs $40 to $130 a month, according to online insurance broker Insureon. However, O’Connell says premiums for his plan will drop dramatically once COVID-19 ends. Ongoing coverage against future pandemics could cost as little as $5 or $10 a month, O’Connell predicts.

Huckleberry’s plan has a few potential drawbacks. For starters, you can’t buy it if a lockdown is already underway. And the policy, like most business ones, has a 12-month term — which means you couldn’t, say, buy it on a month-by-month basis until COVID-19 abates. Also, at least at first, it will be available only to those who also hold a regular business insurance policy with Huckleberry. If you wanted the plan, then, but were insured with another carrier, you’d need to either wait until your policy with the other insurer elapsed — or pay for another policy with Huckleberry during that period.

In addition, the plan covers only complete shutdowns by government order. Losses from restrictions, such as reduced seating at restaurants, are not included. O’Connell doesn’t rule out broadening the plan at some point to cover such perils, but says such an expansion would “introduce a lot more complexity, such as what would be the right trigger to begin payouts.”

The Huckleberry policy isn’t the only one in the works to help businesses weather the financial impact of pandemics. Discussion is underway on several proposed government-industry collaborations that would combine emergency relief and insurance coverage. But O’Connell points out that there’s uncertainty about if and when the government plans will come to fruition. And he doesn’t see his Plan as connected to those collaborations. “We see our product as very, very distinct from any government program.”

You worked hard to build your business. Now protect it with Business Insurance.
Unexpected property damages, cybersecurity issues, and professional mistakes can cause financial distress. With a business insurance policy you can protect yourself and your business against these things, and much more. Click below to learn more.
Get a Free Quote from The Hartfort
ADVERTISEMENT

The Best Business Insurance of 2020

Business Insurance Hasn’t Helped Much In The Pandemic, But Better Plans Are On The Way