The 10 Most Affordable Suburbs in America 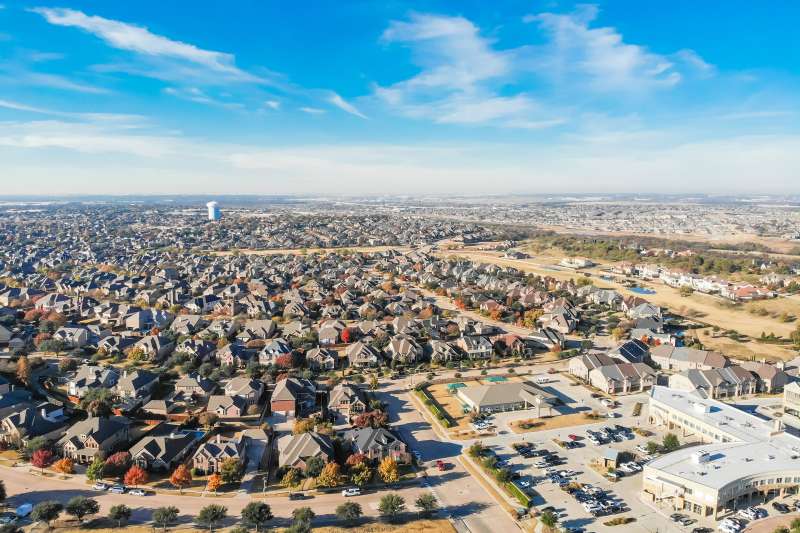 Stuck at home due to the coronavirus, homebuyers are looking for houses that offer a lot — enough room for offices, large yards and space between neighbors. Ideally, people want all that at a reasonable price and, often, not too far from big city action.

To help house hunters figure out which suburbs offer the most bang for the buck, on Tuesday, Realtor.com released a list of ten suburbs where home buyers can save at least 20% per square foot compared to nearby cities. Lower prices per square foot allow buyers to get more space for the same money or spend less for the same amount of space.

All ten towns are located within 25 miles of one of the nation’s largest metro areas, providing the best of both worlds — suburban living with urban access. “Potential buyers who’ve been dreaming of more space for work and play, don’t have to look far,” said Danielle Hale, chief economist for Realtor.com.

According to Hale, homes cost an average of 29% less per square foot in these suburban areas compared to the nearest city, which means you’ll be able to afford 500 to 1,300 additional square feet in city outskirts for the same price as a 2,000 square foot home in urban centers.

So, which suburbs offer the biggest savings? Fullerton, California, where you can pay an average of $304,000 less on a 2,000 square foot home compared to Los Angeles, which is only a 30-minute drive away. You’ll also find significant savings in Clark, New Jersey, where you can pay about $250,000 less for a 2,000 square foot home than in nearby New York City.

Other relatively affordable suburban areas include Palos Hills, Illinois, just southwest of Chicago. With a savings of 24% per square foot compared to prices in the city itself, this town is a draw for retirees, young professionals, and families with young children thanks to its outdoor amenities and top-rated school system.

In Maryland, the town of Ashton-Sandy Spring provides a savings of 39% per square foot compared to Washington, D.C. You’ll not only have access to all the great museums located in the nation’s capital, but the town is also home to several museums and an adventure park for outdoor enthusiasts.

What other expenses should buyers consider when moving to the suburbs?

If you live in one of these cities, a bigger house or a larger yard in itself may be incredibly appealing right now, but there are other factors you should take into consideration when deciding whether to move or not. Keep in mind that a larger home and yard will lead to additional expenses that you may not have in the city.

“If you live in an apartment or condo and you move to a house in the suburbs, there are certain expenses that will likely increase such as utilities,” said Hale. “There are also maintenance costs to consider — yard work and roof maintenance, for example, that come along with having a larger space.”

Meanwhile, while interest rates are at record lows, that won’t always translate into savings. The market has become so competitive, and inventory has remained so low, that home prices rose throughout the summer and continued rising well into the fall, running about 12% above 2019 levels, according to Hale. If you are buying a more expensive home, you may not see a significant decrease in your monthly mortgage payment compared to a year ago.

According to Hale, most home buyers who are moving into larger homes in the suburbs are seeing savings of just a few dollars per month. That’s the tradeoff for a larger home — pay about the same for a larger home as you would for a smaller home. There are plenty of opportunities to save on your monthly mortgage payment, however, if you don’t go for the most space you can afford.

In the end, there are great opportunities for homeowners looking for more space without completely giving up the urban experience. However, the most important consideration, according to Hale, is you. “It should be a place where you want to live now, but also in the longer term. It’s important to think through how your life and housing needs may change over the next few years, too.”