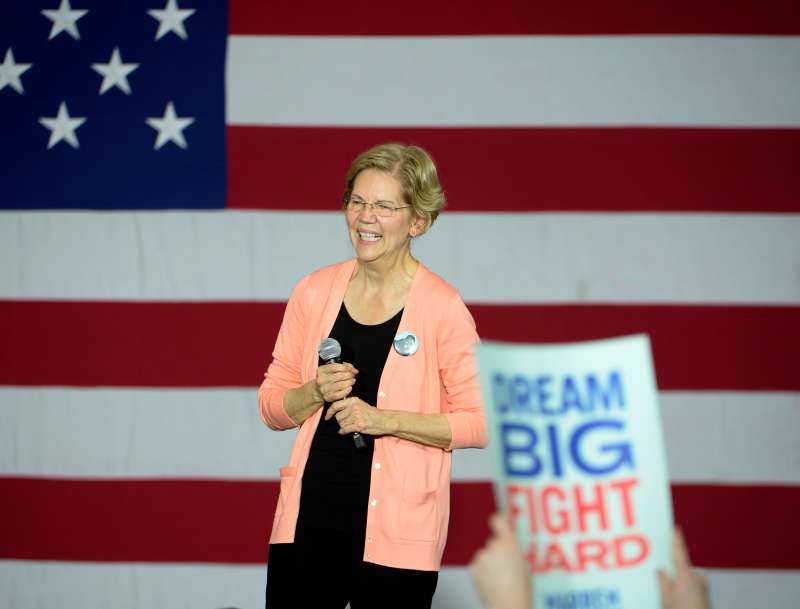 Senator Elizabeth Warren has devoted plenty of her time on the 2020 presidential campaign trail promising to raise taxes on billionaires. For some reason, many billionaires do not care for this idea.

Earlier this week, Microsoft founder and philanthropist Bill Gates said at a New York Times DealBook conference that he’s already paid $10 billion in taxes, and that if “had to have paid $20 billion, it’s fine. But when you say I should pay $100 billion, then I’m starting to do a little math about what I have left over.”

But in addition to her outspoken campaign to increase taxes on the rich, Senator Warren has distinguished herself from the other candidates vying to be the Democratic nominee for president via her social media savvy. In response to Gates’ comments, Warren tweeted “if we get the chance, I’d love to explain exactly how much you’d pay under my wealth tax. (I promise it’s not $100 billion.)”

In an effort to avoid further confusion and make life “easier” for the ultra-rich, the Warren campaign has unveiled an online Calculator For The Billionaires.

For the record, the calculator estimates that if Elizabeth Warren’s billionaire tax went into effect, Bill Gates would pay $6.379 billion in taxes next year, while world’s richest man Jeff Bezos would pay slightly more, $6.697 billion.

Bill Gates’ and Jeff Bezos’s net worth are currently estimated at $109 billion and $112 billion, respectively. So they theoretically would still be worth over $100 billion each even after accounting for Elizabeth Warren’s wealth tax.

Meanwhile, Michael Bloomberg would owe $3.079 billion under Warren’s tax plan, while Cooperman would have to cough up a mere $151 million.

You don’t worry to much about them, though, because the website points out that “you’ll still be extraordinarily rich! And if history is any guide, if you do nothing other than invest your wealth in the stock market, it’s likely that your wealth will continue to grow.”

The Warren campaign released its amusing online calculator the same week that CNBC reports there are now “2,101 billionaires globally – up almost 40% from five years ago.” The report then clarified that in that “five-year period, their combined wealth grew by more than a third (34.5%) to reach a total of $8.5 trillion. The report covers the years 2013 to 2018.”

It is unclear how all of these new billionaires feel about Elizabeth Warren’s tax plans.