Tax Scammers Are Getting Sneakier. Here's How to Spot the Latest Cons 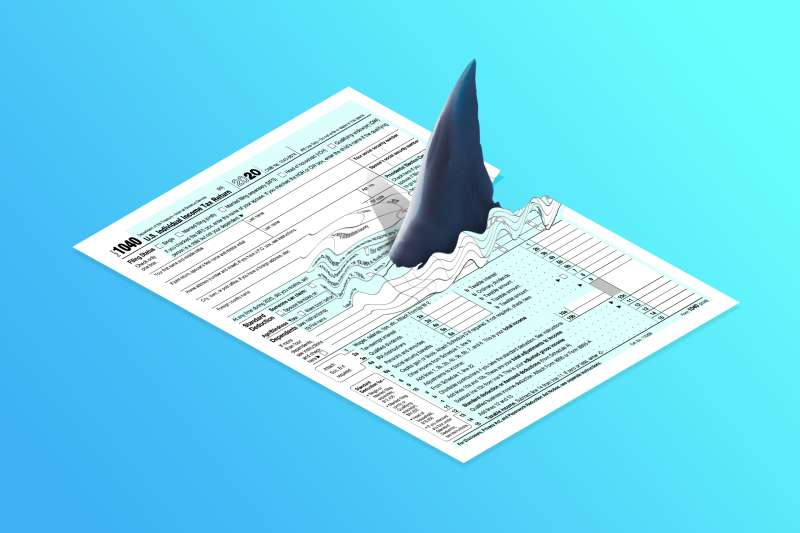 The 2021 tax season starts on Friday, Feb. 12, which means it’s time to get your paperwork in order. It’s also time to be on the lookout for scam artists targeting those of us feeling a little overwhelmed as the April 15 deadline gets closer.

Tax-related scams are nothing new, according to Howard Silverstone, a member of the American Institute of CPA’s Fraud Task Force. But as with nearly everything else, the ongoing COVID-19 pandemic has made this dubious trend even worse.

“There are a lot of people who are isolated at home,” he says. “So they’re looking to get taxes done [online].” That opens them up to a world of online scammers, he says, from phony tax preparer websites to phishing emails designed to steal their Social Security numbers.

To be clear: The IRS almost always contacts people via old-fashioned snail mail. So if you get a phone call, text message or email claiming to be from the agency, be on high alert.

Here are some other red flags to look out for.

Phishing emails, which have been on the rise lately, are a particularly popular tool for scammers purporting to be from the IRS.

“By clicking on them, people can inadvertently download malicious files or malware on their computer,” Silverstone says. From there, some fraudsters will make you pay a ransom to regain control of your computer, he says, while others are content to just ruin your day.

There’s absolutely no reason you should be getting an email from the IRS about your tax return, so if one arrives in your inbox, forward the email to phishing@irs.gov, and then delete it.

Fraudulent text messages will also be more popular this tax season — many targeting people who are still waiting on their stimulus checks from the government, according to Robbin Caruso, a partner and co-leader of the National Tax Controversy Department at the accounting firm Prager Metis.

“Criminals are impersonating the IRS and asking taxpayers for banking or personal identifying information —purportedly to get their payments quicker,” she says. “The IRS does not send text messages. Taxpayers should not provide information or respond to any text messages whatsoever.”

By law, anyone who prepares or assists in preparing someone else’s federal taxes must sign each return and include their Preparer Tax Identification Number before sending it to the IRS. If your tax preparer instructs you to sign the form yourself and mail it directly to the IRS, run for the hills.

These so-called “ghost preparers,” can’t be authenticated, and will disappear as soon as they get their payment, Silverstone says.

And they’re everywhere: Silverstone says he’s heard stories of people who use overnight tax preparers at strip-malls and formerly-vacant storefronts only to later find out “they’re not getting a refund and some of them are getting audited by the IRS.”

It’s not unusual for a legitimate company like H&R block to rent a storefront for a few months during tax season. But if it’s a company that appears out of nowhere that you’ve never heard of, and that you can’t verify actually exists, walk away.

Ghost preparers often insist on cash payment and fail to provide a receipt. A licensed tax preparer will always sign your return and provide a receipt, and will have credentials you can double-check.

Obviously, you want the biggest refund possible. But use some common sense to weed out the dishonest types who might exaggerate your income or deductions to unlawfully boost your return.

“If you get asked a question about ‘how much of a refund do you want this year’, then run,” says Richard Lavina, CEO and co-founder of accounting-tech company Taxfyle. “That’s not how taxes work.”

It’s difficult to monitor if someone gets hold of your personal information - Identity Guard can make the process easier.
Identity Guard offers a variety of plan options for individual and family protection. Begin protecting your identity today!
Protect My Identity

Some of the boldest fraudsters take the direct approach of calling people, often elderly Americans, and tricking them into giving away their Social Security number or bank account information.

Sometimes, Silverstone says, scammers get the victim to believe they owe a bunch of money to the IRS, but if they pay a fee immediately, the agency will waive the debt.

If you do owe money, the IRS will send you several letters by snail mail before ever calling you by phone, according to the IRS website. So if “an IRS agent” calls you unprompted, ask for their name and phone number and say that someone will call them back,” Silverstone advises. If they’re not willing to provide identification, report them to the IRS.

How to Stop Spam Calls and Texts for Good

If You’re Unemployed, Working From a New State or Freelancing Due to the Pandemic, Start Preparing Your Taxes Now