If the Fed Is Worried About Wall Street Bubbles, Maybe It Should Regulate Wall Street 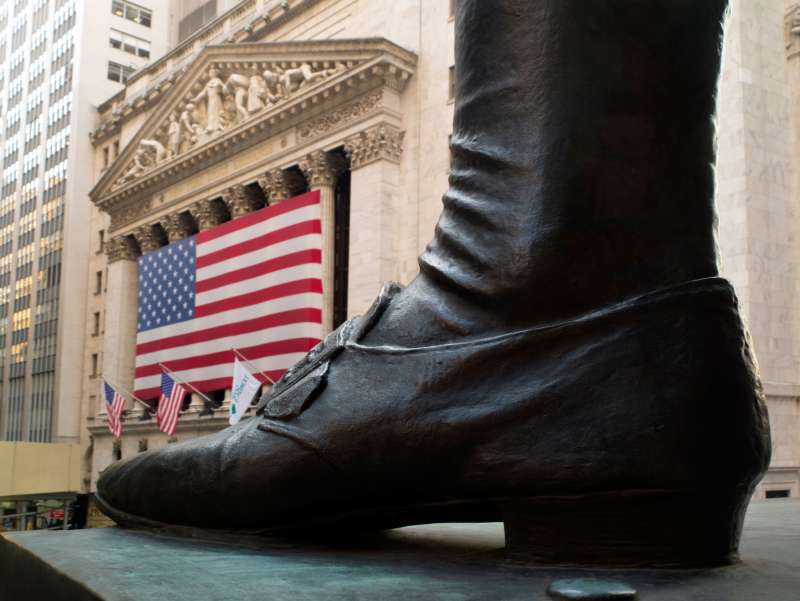 The Federal Reserve and the bond market are in a weird place right now.

Many officials inside the central bank are anxious to start getting back to normal, and to move short-term interest rates off the near-zero they’ve been at since the financial crisis. But the bond market isn’t listening: Even knowing that the Fed wants to tighten, investors have piled into long-term bonds, holding the benchmark interest rate for 10-year debt at just 2%.

This could mean that the bond market thinks the Fed is just plain wrong in its increasingly upbeat assessments of the economy. Investors’ eagerness to park money in low-yielding but credit-safe Treasuries seems to indicate deep worries about the prospects for long-term growth, and little concern about inflation. But as the Wall Street Journal’s Jon Hilsenrath noted yesterday, some inside the Fed are considering another interpretation of low bond yields. Maybe foreign investors are just pumping up U.S. assets because troubles overseas make anything denominated in dollars more attractive. If that’s the case, the Fed should be worried about asset bubbles.

And so, counterintuitively, New York Federal Reserve president Bill Dudley has been arguing that low long-term bond yields may be a reason for the Fed to tighten short rates even faster — to prick any bubbles that might be forming. Dudley, in a December speech cited by Hilsenrath, draws a comparison to the mid-2000s:

Easy mortgages, it hardly needs pointing out, did not work out so well.

But raising rates is the only way policymakers could respond to concerns about reckless borrowing. On Twitter, economist Adam Posen, a former member of the Monetary Policy Committee at the Bank of England (the U.K.’s version of the Fed), ticked off some other possibilities.

All of these things amount to greater scrutiny of and tighter controls on bank lending behavior. Such policies are known in central-banking jargon as “macroprudential” regulation. The Fed itself is a regulator of banks. And even in the parts of finance where the Fed doesn’t have direct regulatory authority, it has influence as part of an umbrella group of “stability” regulators created after the crisis. It can also sound loud warnings, asking Congress for more regulatory tools and better rules.

Confronted with the possibility of financial-sector bubbles, we seem to have two choices:

1) Raise interest rates until the economy cries “uncle” and no one wants to speculate anymore. Do it even if it’s taken years and years for the economy to get anywhere close to full employment, and even if wage growth is still sluggish.

2) Make sure banks don’t leverage themselves up too their eyeballs, that Wall Street doesn’t create AAA-rated derivatives on junk mortgages that no one understands, and that people don’t get loans they can never pay back.

If forced to choose, I suspect people in finance, who most certainly have the Fed’s ear on these things, prefer the blunt hammer of option #1 over option #2. They’ll moan about regulation, and question whether it’s even realistic. And frankly, the Fed often hasn’t done that job very well. Wall Street has some of the cleverest people in the world working 24/7—crack down on one crazy, risky scheme, and they’ll come up with a new one. It’s also not crazy to be skeptical of the idea that central bankers will be able to know a bubble when they see it.

But of course trying to prevent bubbles by raising rates and tightening money is a form of regulation, too. The immediate costs are spread out a lot more widely, to everyone looking for a job or hoping to get a raise. And if the Fed should be humble about its abilities as a Wall Street regulator, well… it doesn’t have such a great track record on predicting when the economy will be healthy, either. So maybe it shouldn’t be too quick on the interest-rate trigger when inflation is still very low, unless there’s real evidence of an asset bubble somewhere.