Here's How to Avoid Owning Stock in Gun Companies 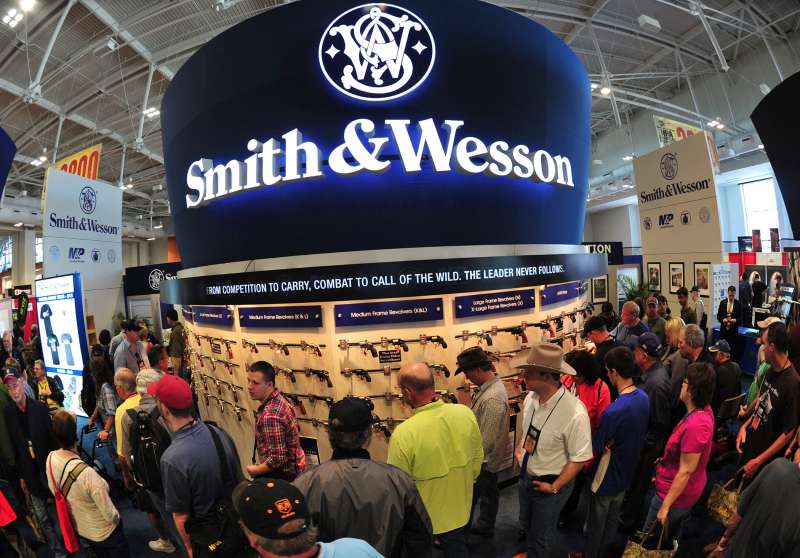 Convention goers look at weapons at the Smith and Wesson booth April 11, 2015 at the 2015 NRA Annual Convention in Nashville, Tennessee.
Karen Bleier—AFP/Getty Images

Many Americans responded to the worst mass shooting in U.S. history with a basic desire to do something. To help. Orlando blood banks almost immediately saw massive lines form outside their doors, while a GoFundMe campaign to support the victims of the night club shooting has raised nearly $1.5 million. And there are investors who want to divest from companies that engage in the sale of guns.

So far in the first morning of trading after the Pulse nightclub shooting, Smith & Wesson is up about 6%, while it’s competitor Sturm Ruger has gained nearly 8%. Ruger has bested the market by almost 17 points in each of the last five years, a period which has coincided with a rash of high-profile shootings.

Completely cutting ties with gun companies can be rather complicated for investors. While stock pickers can simply decide not to invest in gun companies, which also comprises Olin and Vista Outdoor, life is a bit more thorny for holders of mutual and exchange-traded funds in tax-advantaged accounts like a 401(k) or an IRA.

The key question: What is a gun company? If you limit the definition to publicly traded gun manufacturers, a basic S&P 500 index fund will do the trick. There are no pure firearm companies in the S&P 500, so look to Money recommended Schwab S&P 500, which tracks the nation’s largest stocks. Why? Smith & Wesson has a market capitalization of only $1.2 billion.

Compare that to the $221 billion behemoth that is Wal-Mart, known as America’s Gun King, and the largest seller of guns in the country. The Bentonville, Arkansas-based giant also sells massive quantities of affordable ammunition.

“If Wal-Mart really wanted to make an impact on the industry, they would stop selling the ammo, but they make too much money,” Brian Ruttenbur, an analyst with BB&T Capital Markets, told Bloomberg in 2015. “You go to Wal-Mart to buy your ammo because it’s cheap there.”

Wal-Mart is much more difficult to avoid than Smith & Wesson: It was, after all, ranked #1 by Money’s sister publication on the 2016 Fortune 500 list.

How can investors avoid America’s Gun King and other companies that make money from firearms sales?

One simple solution is to use the website GoodbyeGunStocks.com. On this site, created by the portfolio-tracking company Hello Money, you can type in your mutual or exchange-traded fund and see your exposure to gun stocks. There is also a filter function that allows you to add or subtract retailers, like Wal-Mart or Dick’s Sporting Goods, if you want to own sellers of guns, rather than manufacturers. If your fund does own guns, you can see alternatives that don’t.

Another option is to own a so-called ESG fund, which focuses on a company’s environmental, social and governance impact. Also known as Socially Responsible Investing, investors can be confident that these funds will steer clear of gun manufacturers and retailers. One option is the iShares MSCI KLD 400 Social ETF. These funds, though, do come with higher expenses and fees, which vitiate your returns over time. Moreover, some of the companies held by these funds occasionally have a negative impact on the environment or workers.

Perhaps a large-scale decision by investors, and large investing companies like Vanguard and Fidelity, could affect change by declaring they will not invest in companies that have anything to do with guns. That seems unlikely.

If you, the investor or concerned citizen, really want to send a message to the big players in gun sales, including companies like Wal-Mart, you’re more likely to have an impact organizing a campaign to not buy stuff there, rather than abstaining from stock ownership. But for gun-reform proponents, a divestment effort is at least a start.