It didn’t take long for Amy Rutherford’s 6,000-square-foot dream house to become a nightmare. The day after she and her husband Tim moved into their new home in Parker, Colo. in 2008, Rutherford regretted spending money on square footage she didn’t need — even though she says it was well within her carefully-calculated budget.

“Every room in the house was twice the size of what it should have been,” Rutherford says. “Some of our rooms we barely entered in a year.”

While Rutherford anticipated the monthly mortgage payments, she didn’t anticipate the additional costs that come with buying a bigger house. “We had to pay to clean it because we had busy jobs, and the heat was expensive,” she says. A bigger house “comes with decorating and it comes with heating and it comes with a bigger yard. To do any kind of project in the house was really expensive. Everything was significantly higher because of the scale." 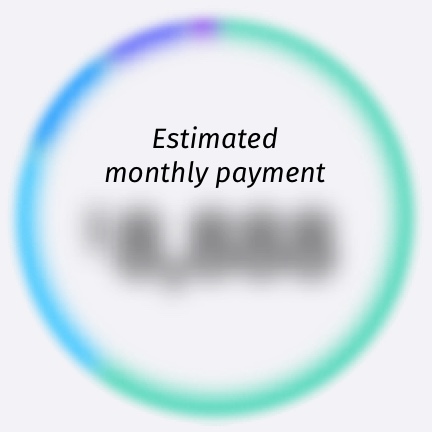 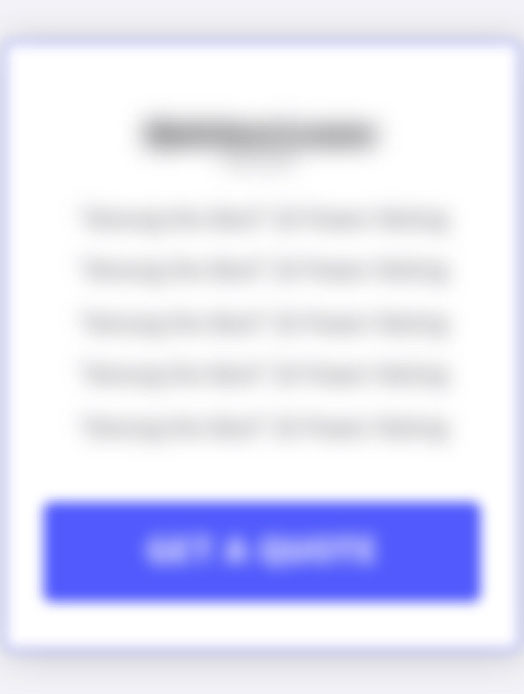 Even the best-laid budgets can get blown by unexpected costs — which is why it pays to make sure you plan for more than just future mortgage payment when you’re shopping for a house.

“Homeownership is expensive,” says Ralph McLaughlin, chief economist of real estate startup Haus. “If you haven't owned a house before, it may be a shock.” A 2017 Zillow study, for example, pegged the “hidden” costs of homeownership, which included things like taxes, utilities and insurance, at more than $9,000 a year.

A few years ago, the Rutherfords relocated to a 1,800 square foot home she says was perfect for them. Even though she was glad to say goodbye to the “ridiculous” 6,000-square-foot home, she says she’s thankful to have learned that just because she can afford a large house doesn’t mean she should.

If you’re shopping for a home, it helps to start with a big picture. You should take advantage of free online calculators, which are offered by companies like Zillow and Bank of America and will help you ballpark costs, but make sure you’re taking things like taxes, interest and utilities into account. We’ll walk you through, step by step, how to set your home budget.

Figure out how much you can pay now

For years, the 20% down payment has been considered the standard — but, chances are, you can put down much less.

The average U.S. home buyer puts just 12% down when buying a house, according to the National Association of Realtors. That’s not necessarily surprising, considering saving for a down payment is one of the biggest hurdles to home ownership for millennials, according to a 2019 ApartmentList study.

While there are plenty of reasons to want to put the standard 20% down — like lower monthly payments and a cushion in the case of falling home prices — you shouldn’t necessarily clean out your savings to do so, says McLaughlin. You should make sure you have cash reserves on hand in case of an emergency. Financial planners generally recommend an emergency fund sufficient to cover six months of expenses. It’s not only good practice: lenders also frequently require proof of cash reserves before approving a loan.

Putting less than 20% down could open up more wiggle room in your budget, but don’t forget about private mortgage insurance (PMI), which will cost about 0.65% of your mortgage balance every year it’s in effect, McLaughlin says. If you want to put less than 20% down and are using a mortgage calculator to determine how much you can afford to spend, you should double check to make sure it takes PMI into consideration, as it can make a big difference in your budget.

Decide how much you can pay every month

To calculate just how much you can afford to pay for a home each month, you should look at your paycheck. Experts often recommend using your net income, or the money you bring home after taxes and other deductions like your 401(k) contributions, to get a realistic view of how much they can afford to pay on a mortgage.

“Borrowers should be very cognizant of how much of their post-tax income they're spending,” McLaughlin says. Buyers can afford to spend up to 50% of their post-tax income on housing-related payments, he says, though 30% is the “ideal” level. Using these guidelines, a person bringing home $3,000 a month could afford to spend up to $1,500 on a home monthly, though spending $900 is better.

Of course, what exactly counts as a "home" expense isn't always obvious. But your budget should certainly include principal, interest, taxes and insurance costs — often abbreviated as PITI — which are the four components that form a monthly mortgage payment. In addition to these four basic costs, McLaughlin says, you should be sure to account for any potential home ownership association dues in your calculation.

This is a different formula than the ones banks use to determine how much money to lend you, which is based on your pre-tax, rather than post-tax, income. Generally, lenders look for housing expenses to account for 28% or less of your pre-tax income, with all debts comprising about 36%, according to Zillow. Lenders will generally allow up to 43% total debt, though any higher may make it difficult to find a loan, according to the Consumer Financial Protection Bureau.

Learn what you can borrow

Once you know how much you can afford to spend, it’s time to find a loan. The amount you can borrow is, of course, determined by the size of the monthly payments you can make — plus the rate of interest you pay. The lower the interest rate, the more you can afford to borrow.

Many mortgage calculators come pre-loaded with an interest rate based on current averages. While that’s a good place to start, some more advanced calculators, like the one offered online by the Consumer Financial Protection Bureau, can help you estimate the interest rate you are really likely to pay based on factors like your credit score, location and the type of loan you choose. But take note: interest rates vary, and the quote you get from even a great calculator might not match the one you get from a lender. For that reason, McLaughlin recommends using several different interest calculators and working with the average rate until you obtain mortgage quotes.

Of course, it helps a lot if you know what kind of mortgage loan you want. The 30-year fixed-rate mortgage is among the most popular options, in part because, unlike adjustable rate mortgages, its fixed monthly interest payments don't fluctuate with the market.

By contrast, three-, five- or seven-year adjustable rate mortgages typically offer lower interest rates. But with rates currently near historic lows, you could miss the chance to lock in today's low rates for years to come. If higher monthly payments are not an issue, a 15-year fixed mortgage can save you money in the long term.

One more thing: It might be tempting to run with the first mortgage quote you get, but not shopping around for interest rates could cost you in the long run. A 2019 study found comparing quotes from multiple lenders while shopping for a mortgage could save you more than $400 a year.

So you want to buy a home. Do you know how much you can afford?
Speaking to a mortgage expert will give you a better understanding of everything you need to make it a reality.
GET STARTED

Historically, the government helped cover some of the extra costs of homeownership, like mortgage interest and property taxes, but recent changes to the tax code mean fewer homeowners have reason to take advantage of these perks.

Before 2018, taxpayers could claim state and local taxes, including property taxes, as a deduction on their federal taxes without a limit. That changed with 2017’s Tax Cuts and Jobs Act (TCJA), which placed a $10,000 cap on the maximum amount of state and local taxes a taxpayer can write off. The TCJA also placed a lower limit on how much mortgage interest a taxpayer can deduct.

The good news: These changes don’t necessarily mean homeowners are worse off overall. That's because while the new law curtailed certain popular perks, it added others — including a doubling of the standard deduction, the set amount all taxpayers can lop from their taxable income regardless of whether or not they own a home. Studies show that most taxpayers, including homeowners, got a tax cut, despite losing some home-related tax perks. You can read more about those changes here.

Budget considerations don’t end at the closing. After you’ve crunched the numbers on the mortgage, you should make sure your budget includes room for things like maintenance, decorating and repairs.

The bigger or more expensive your house, the more money you should budget for repairs, says McLaughlin who suggests putting aside an additional 0.5% to 1% of your home’s value — or about $1,180 to $2,370 for the average $237,000 house — for repairs annually. McLaughlin recommends budgeting on the higher end of that scale if your house is old, and on the lower end if it’s new.

Climate control is another important expense. “More room means there's more space to keep cool,” McLaughlin says. Insulation, location and the method of heating or cooling are also factors in how much you pay. The average U.S. household will spend $570 heating with natural gas, $1,200 with electricity or propane, and $1,600 with oil this winter, says Dan DiClerico, home expert at HomeAdvisor, citing U.S. Energy Information Administration figures.

Beyond climate, more house means more space to decorate — another problem Rutherford ran into. “We expanded to fit the space,” she says. When she and her husband downsized, she adds, they sold their furniture “for peanuts.” Unlike other expenses, it’s difficult to determine how much to spend on decor with a calculator. While there’s no calculator for easily determining your decor budget, websites like Houzz and Real Simple can help you understand the real cost of furniture before you buy it.