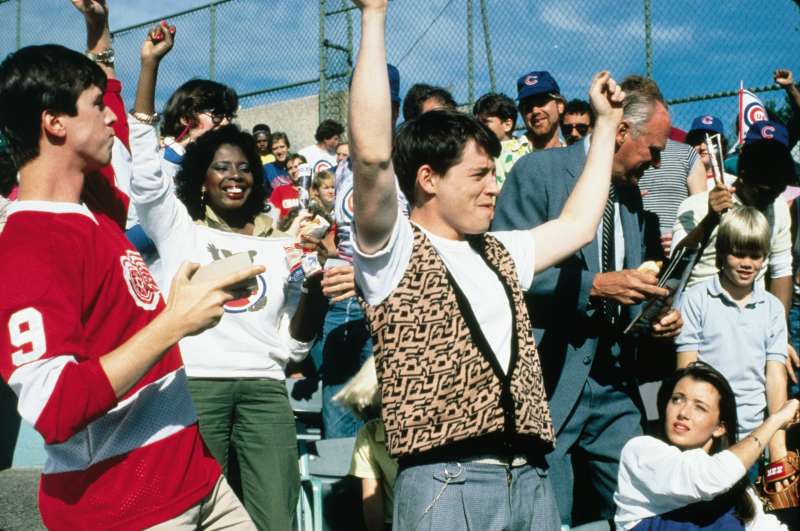 To celebrate the 30th anniversary of “Ferris Bueller’s Day Off,” the landmark 1986 John Hughes-Matthew Broderick movie, a group of rabid fans has organized the Ferris Fest to take over parts of Chicago and the surrounding area this weekend, May 20 to 22. There will be special screenings of the movie and Q&As with some of the film’s stars like Jonathan Schmock, who plays the snooty maître D, as well as bus tours of filming locations and a live re-creation of the parade scene in downtown Chicago. A handful of Chicago hotels are hosting special Ferris Bueller packages as well, complete with tickets to the Art Institute of Chicago (visited by Ferris in the movie) and even dinner reservations held under the name Abe Froman (if you don’t get this reference, you’re not a fan).

But you don’t necessarily need to be in Chicago or call in sick this week in order to celebrate the spirit of Ferris, patron saint of skipping school and living in the moment. With a little clever planning, anyone can follow Ferris’s lead and have your own adventurous secret day off—hopefully, without getting caught. Here’s a guide for channeling your inner Ferris.

Watch the movie (again). The film is not currently available for streaming on Netflix, but can be watched online by Amazon Prime members via Prime Video. You can also rent or buy it outright from Amazon and Google Play. And if you want to go old school—which would be totally appropriate—borrow a copy on DVD (or perhaps even on VHS!) from your local library. Do whatever you have to do to refresh your memory of the movie and get inspired by all of Ferris and Cameron’s shenanigans.

Pick a day to play hooky. Assuming you’re not a high school kid like Ferris, you’ll have to fool your boss rather than your parents in order to get an unauthorized day off. In terms of what day to choose, Friday is generally considered the best—instant three-day weekend!—but also the most suspicious. Calling in sick on Monday can also raise the eyes of skeptics for the same reason. So picking a day in the middle of the week might be wisest if you’re concerned about drawing too much attention.

Of course, there’s nothing wrong with simply telling your company you’re taking an official vacation or personal day. In fact, some firms endorse the idea of “me time” away from the job—one nonprofit even refers to mental health days as “Ferris Bueller Days” according to the Wall Street Journal. Granted, taking the day off on the level is probably antithetical to the Ferris Bueller ethos. But it’s better than getting fired.

Read Next: Vote: What’s The Best Money Movie Of All Time?

Come up with a good excuse. Ferris fakes illness to skip school, and most workers immediately think of “calling in sick” as the go-to way to get out of work. But calling in sick can be tricky. Depending on what you claimed to be suffering from, you may have to field lots of questions about the details of your malady, and also may be expected to still look somewhat under the weather when returning to work.

The point is: Choose your fake illness carefully, and be prepared for the consequences. It doesn’t look good when you say you had the flu and come back to work looking healthy as can be—and with a tan that mysteriously wasn’t present when you last showed your face. A migraine is a pretty safe bet, with few tell-tale symptoms. To fake a bad headache, just furrow your brow and look annoyed, which probably won’t be a problem because you’ll be back in the office.

But don’t limit yourself strictly to calling in sick. There are plenty of other believable excuses to get out of work that require minimal effort and imagination, including jury duty and car trouble. Just don’t be dumb and claim you’ve got jury duty like seven days in the same month. And avoid the kinds of absurd excuses for missing work gathered annually by CareerBuilder, like getting stuck under the bed or going to the beach because the doctor said you need more vitamin D.

Avoid social media. For some people, this may be nearly impossible. What’s the point of ditching work and having a super fun day if you can’t brag about it on social media? But posting about your adventures on Instagram, Facebook, or Twitter at a time you’re supposed to be barely conscious on the couch with a stomach bug is an incredibly easy way to get busted. And yes, people can and do get fired for posting on Facebook on the day they called in sick—millennials especially, as they’re the ones most likely to update their status without thinking about the consequences.

Recruit a buddy. Obviously, you’ll want to share this secret day with someone whose company you enjoy, and who can (duh) keep a secret. Playing hooky with a spouse or significant other can be wonderful, though it could increase the chances of you getting caught if, say, word somehow hits the office that both of you called in sick on the same day. For added fun, consider prank-calling each other’s bosses, or some of your friends stuck at work, using your best impression of Cameron when he calls up Principal Rooney.

Gear up. Here’s a Gordie Howe Red Wings jersey like the one Cameron wears in the movie. For a leopard vest like Ferris’s, check out eBay, etsy, or Amazon. Top-to-bottom Ferris Bueller Halloween costumes are also sold online, and it doesn’t take too much creativity to put together full Cameron and Sloane outfits as well. Everybody needs sunglasses too, of course.

“Borrow” a sweet sports car. So you might not be able to get behind the wheel of a Ferrari like Ferris and Cameron do. Still, there are plenty of services that’ll rent you your dream car for the day, at prices cheaper than you’d imagine.

Read Next: Help Us Name the Best Money Movie of All Time

Bone up on Ferris trivia. This Mental Floss story is loaded with fun facts about the movie, like that the “Ferrari” driven (and destroyed) in the film wasn’t a real Ferrari (they used replicas), and that there was a reason why Cameron wears the Gordie Howe jersey mentioned above (director John Hughes was a huge Red Wings fan). Crackpot theorists will enjoy this Cracked video about why “Ferris Bueller’s Day Off” is secretly terrifying, including the idea that Ferris could very well be an abusive sociopath. The “Fight Club Theory” of the movie, meanwhile, holds that Ferris never really existed, and instead is just a figment of Cameron’s imagination. All good conversation points when partaking of your own Ferris Bueller day.

Dine at a swanky restaurant. If you can keep a straight face while pretending you’re Abe Froman (“The Sausage King of Chicago”) and strong-arming a maître d’ at a fancy restaurant into giving you a table, more power to you. Other Ferris wannabes might consider using an app like Open Table or Table 8 for making last-minute reservations. Be aware that these services can come with steep fees, however.

Periodically play that “Oh Yeah” song. That “Chickah-chickah! Oooooh Yeah!” song, which is sprinkled throughout the movie and is titled (yep) “Oh Yeah,” can be purchased at Google Play, Amazon or iTunes. Download and play it during the interludes of your day’s adventures.

Have fun. In the movie they go to a baseball game and a museum, swim in a pool and star in a parade, among other things. It’s your call what you do on your Ferris Bueller Day, but do make sure it’s fun. Above all, take Ferris’s words of wisdom to heart: “Life moves pretty fast. If you don’t stop and look around once in a while, you could miss it.”

And maybe don’t plan too much. Ferris wouldn’t approve of a day that completely lacks spontaneity.