The Problem With Buying Bundled Life and Long-Term Care Insurance 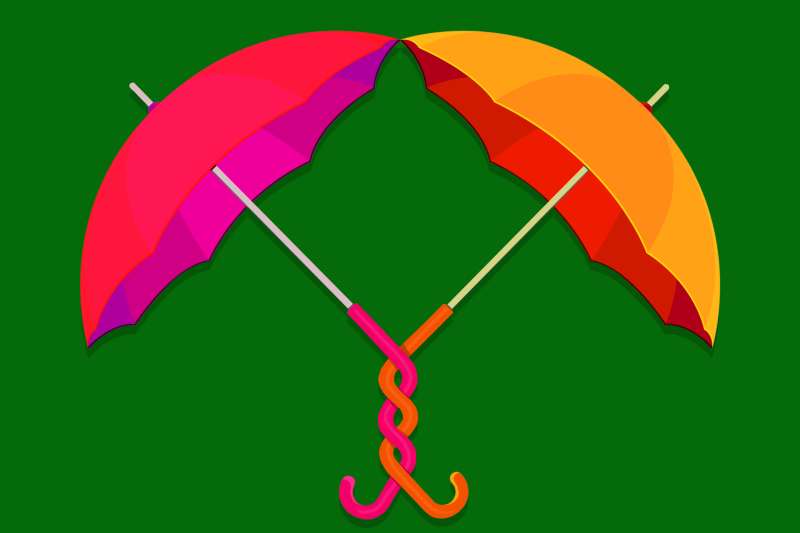 If insurance that covers one peril is good, a policy that covers two is even better — or so the growing number of people who are buying hybrids of life insurance and long-term care insurance seem to believe. Yet financial advisors say these two-for-one products may offer dubious value for many consumers.

Long-term care insurance helps pay for your care when you are no longer physically or mentally well enough to live independently. Unsurprisingly, the cost of that care is high — at least $90,000 or so a year, on average, for a nursing-home room in 2019. Such a number lends strong appeal to insurance that covers the potential burden of long-term care.

Trouble is, the chance of never using a policy you bought may be no better than 50-50, and that’s according to the American Association for Long-Term Care Insurance (AALTCI), which represents insurers. That potential lack of payout has helped boost the popularity of hybrid policies that combine long-term care coverage and life insurance. With such products, if you never spend down the long-term care benefit, the policy morphs into life insurance and pays your survivors a death benefit.

Is this spending surge smart? This piece weighs the advantages and disadvantages of buying either a standalone or a hybrid policy to cover the costs of long-term care.

Past price problems with standalone policies

The hybrid policies are popular for some understandable reasons beyond their twofer allure and the fact that you may never need or use standalone LTC insurance.

Price stability leads those additional attractions. The premiums on a standalone policy can increase over time. A hybrid policy’s premiums don’t increase. This is of particular concern given the double-digit premium increases for standalone care policies sold in the 1990s and early 2000s.

But the steep hikes may have been a one-time glitch resulting from industry inexperience with a relatively new form of insurance, say experts. Insurance companies underpriced these policies to begin with, says Larry Ginsburg, a financial planner in Oakland, California. “When insurance companies started offering long-term care insurance 30 years ago, they used historical data that showed that less than 30 percent of people would use LTC. They forgot to factor in the miracle of modern medicine,” he says.

Though standalone premiums could rise, then, advisors emphasized that this is much less likely with new policies than with older ones. “There is no way to guarantee that your rate will or won’t increase on a long-term care standalone policy. But actuaries are pretty confident that if there are rate increases, they won’t be nearly as big as earlier policyholders have had,” says Daniel Moisand, a financial planner in Melbourne, Florida. He advises that people being pitched hybrid policies on the basis of price resist “the scare tactic that you’ll have huge rate increases when you’re 80” if you choose a standalone policy.

Will you need more life insurance when you’re old?

Since the recommended age to buy long-term care insurance is in your 50s, there’s also the question of whether you really need additional life insurance that late in life. Since few retirees still have dependents, the need for life insurance can diminish or even disappear. As retirement approaches, say some advisors, people are better off putting any premium dollars they spend entirely towards better long-term care coverage.

“ If you have a life need, buy life insurance. If you don’t need life insurance, why are you paying for that coverage?” says Sharon Luker, a financial planner in Plano, Texas. By not spending money to insure your life, Luker says, “you can get a lot more long-term care coverage for the money.”

Getting Long-Term Care Insurance allows you to know that you're protected as you age.
Purchasing a long-term care insurance policy ahead of time can help you save on the cost of premiums. Click below to get a free quote.
Get a Free Quote

An illustration demonstrates this. According to pricing shared by the American Association for Long-Term Care Insurance’s Slome, a couple who are both healthy and age 62 could together pay $4,600 a year for a traditional long-term care insurance policy that would offer them each $257,000 in benefits to apply to long-term care when they reach age 85. (Such benefits should suffice to cover the average nursing-home stay of about two-and-a-half years.)

A comparable hybrid policy that would provide each partner with $240,000 in benefits at age 85, and that would pay a death benefit of about $160,000 each if one or both don’t need long-term care, would cost the same couple a combined $13,335 a year.

The hybrid policy, then, would cost nearly three times as much as the cost of a traditional policy with comparable long-term care benefits. Let’s run the math on buying the policy when both partners are 60 — which is actually a little later than some advisors suggest — and using it at 85, the average age at which long-term care is required.

Is $320,000 received late in life, even after death, a better bet than saving $218,000 or so while you’re younger? For many people, the answer might be no. But it may depend ultimately on factors including your ability to pay the extra premiums.

Also, while this example is representative, the best choice also depends on the actual premium differences for you. Actuarial math is complicated, the AALTCI’s Slome points out, and richer hybrid and standalone policies might be more comparable in price. In some instances, standalone policies could even cost more than hybrid alternatives. “The variances between policies are enormously complicated, with prices, options, and features that can vary significantly,” he says. “It really pays to comparison shop and seek advice from a specialist.”

There is an instance, though, in which a hybrid policy might be the clear better choice. This involves not buying a new policy, but converting an existing permanent life insurance policy so its value can be leveraged to pay for long-term care.

This move can be accomplished through what’s known as a 1035 exchange, in which a policy owner moves the cash value from a life insurance policy to a hybrid policy. “Some people buy life insurance when they’re young to protect their families from losing their income,” Moisand says. “When they get toward retirement age, they don’t need the insurance like they needed it before, but they have a policy with cash value. If they dump the policy, they’ll have to pay taxes on the difference between the cash value and what they put in.”

But if the policyholder does a 1035 exchange, Moisand says, they instead move the cash value from the life insurance to a hybrid policy. “If the policy is tapped to pay for long-term care, the distributions can be tax free. So is the death benefit. You’re repurposing the cash value in a pure-life policy into something that can help with long-term care on a tax-favored basis.”

Alternatively, Moisand says, a 1035 exchange can also let you transition from a life insurance policy to an annuity that is deferred until you need care. “The money comes out on a tax-free basis and your heirs get whatever is left,” Moisand explains.

If you’ll only consider long-term care insurance as a hybrid policy, that’s probably better than nothing, the experts say. Either way, though, you might want to stop thinking about the coverage as something that will be a loss if you never need it.

“This is insurance,” financial planner Luker points out. “If you die without needing care, congratulations.”

Life Insurance Rates Are At Historic Lows. But That Probably Won’t Last