11 Beloved Foods That Are Getting a "Natural" Makeover 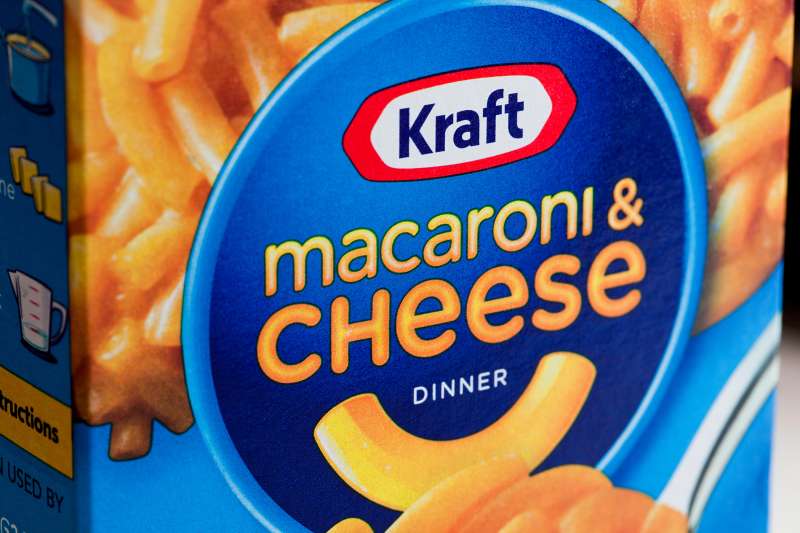 B. Christopher—Alamy
By Brad Tuttle

Vani Hari, a.k.a. the Food Babe, a blogger and food activist, has come under fire lately for some of the campaigns she’s led pressuring big restaurant chains and food manufacturers to eliminate artificial or just hard-to-pronounce ingredients from their products. This nutrition “guru,” many critics have pointed out, has no background in nutrition or food sciences. She’s been described by scientists and nutritionists alternately as a “quack,” a “fear mongerer,” “food terrorist,” and just plain “full of s***.”

“She’s well intentioned, but there’s a problem when she scares her readership by giving them misleading information,” Joseph Perrone, PhD, chief scientific officer for the Center for Accountability in Science, said recently in a Health.com post revealing a handful of “Food Babe Myths You Shouldn’t Believe.” “Almost every chemical sounds dangerous when you pronounce it.”

Still, data collected in the 2015 global Nielsen survey about healthy eating trends points out that consumers are increasingly seeking “fresh, natural and minimally processed foods.” For instance, more than four in 10 consumers say that it’s “very important” that the food they eat use all-natural ingredients, free of GMOs (genetically modified organisms) and containing no artificial flavors or colors.

Lately, Big Food seems to be getting the message and is making changes dictated by shifting consumer concerns. Players ranging from McDonald’s to Kraft to Heineken have recently announced changes in the ingredients of their products—sometimes with tweaks to their most iconic and successful foods.

And this is a trend that appears to be picking up steam. “I think it’s really just the beginning. It’s only going to get more intense,” Ken Cook, president and co-founder of the Environmental Working Group, a nonprofit advocacy group focused on health and the environment, told the Des Moines Register. “This is still the country where the customer is always right. I think companies rushing to clean up their labels to respond to consumer demand, like McDonald’s and others, that’s an indication of the direction.”

Here are 11 examples of changes, or planned changes, to ingredients in well-known foods:

PepsiCo recently decided to drop a low-calorie sweetener called aspartame from Diet Pepsi—not because it’s unsafe, but because consumers have been showing a preference for soft drinks that are free of artificial sweeteners.

What’s inside the iconic blue box of Kraft Macaroni & Cheese is changing as of 2016. Synthetic coloring and artificial preservatives will no longer be used, leading some to worry the removal of yellow dyes might also change the product’s distinctive taste and freakish orange appearance. The Food Babe and others who petitioned Kraft to make such changes declared victory when the company announced the move.

Both the European Food Safety Authority and the USDA have ruled that there’s nothing unsafe about using caramel coloring in foods and drinks. Nonetheless, after receiving widespread “consumer concerns that have been expressed, particularly in the USA,” about the ingredient being carcinogenic, Heineken decided earlier this year that it would no longer use caramel coloring in its Newcastle Brown Ale. A switch to roasted malts will allow the ale to maintain is distinctive brown appearance.

In a groundbreaking move in April, Chipotle became the first major restaurant chain to pledge to only serve food that contains no GMOs (genetically modified organisms) whatsoever.

In March, Steve Easterbrook, McDonald’s new CEO, said that the fast food giant would no longer sell chicken treated with antibiotics that are also used as prescription drugs for humans. McDonald’s is also eliminating sodium phosphates, maltodextrin, and a few other ingredients from its grilled chicken recipe.

Tyson, which is a big supplier for McDonald’s and one of the world’s largest producers of chicken, recently said it would stop using human antibiotics on all its chicken flocks by the fall of 2017. Critics have said that overuse of such antibiotics has helped usher in antibiotic-resistant bacteria sometimes dubbed as “superbugs,” which have been blamed for a rise in illness and death. Critics have also said that Tyson’s change doesn’t go far enough to improve health safety and food sustainability.

The warehouse membership club retailer sells some 80 million rotisserie chickens per year—sales are boosted by the bargain $4.99 price for the cooked birds—and it too recently announced it is moving toward eliminating human antibiotics in the poultry and other meats it sells.

While Hershey’s plans are somewhat vague, the company said late last year that it was “moving more toward sugar” and away from high-fructose corn syrup as a key ingredient in some of its candies. Classic Hershey chocolate bars are already made with sugar, but Hershey products such as Almond Joy use corn syrup—at least for the time being.

Earlier this year, Nestle announced it was removing artificial flavors and colors from Butterfinger, Crunch, and other chocolate candies. For instance, instead of using something called vanillin in Crunch bars, Nestle will sub in natural vanilla flavor.

Hundreds of foods contain azodicarbonamide, which is described by the FDA as “a chemical substance approved for use as a whitening agent in cereal flour and as a dough conditioner in bread baking,” and “a safe food additive when used for the purposes and at the levels specified in the FDA regulations.” At the start of 2014, Subway bread was among the foods that contained this ingredient. But after tens of thousands of consumers signed an online petition pushing Subway to remove the chemical—which is also used in yoga mats and shoe rubber—the sandwich chain agreed to stop using azodicabonamide in bread.

In early May, Panera Bread said it would be dropping roughly one-third of the ingredients used in its food by instituting bans on the likes of saccharin, aspartame, synthetic benzyl peroxide, and maltodextrin. The fast-casual pioneer will be subbing in less-processed, more natural “clean” ingredients instead.