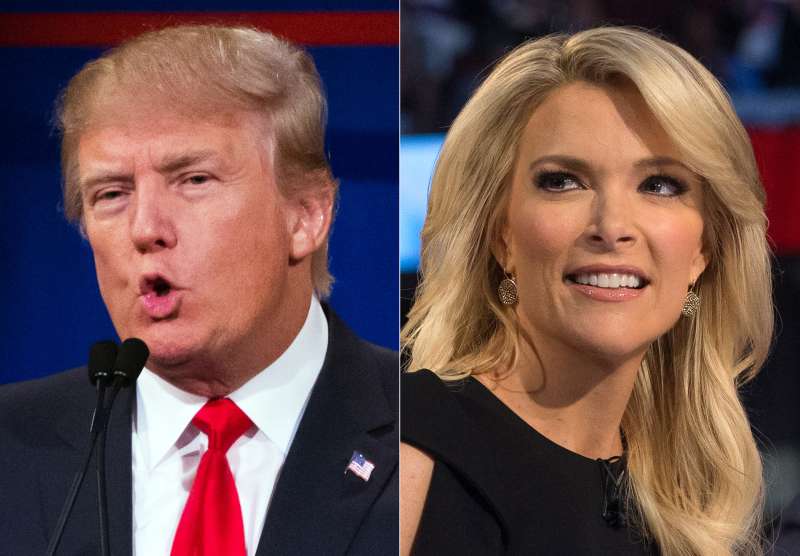 Learning how to successfully deal with haters is as crucial a work skill as any, especially in high-profile professions. But Fox News anchor Megyn Kelly has brought that conversation to the forefront of the national discourse as she deftly deflects her unsolicited feud with America’s Bully-in-Chief.

Back in August, during Fox’s first GOP presidential debate, Kelly became one of the few journalists to publicly ask leading candidate Donald Trump about past remarks that many considered blatantly sexist. Which seems fair, considering that Trump thinks he’s the man to lead a country that’s home to 157 million women.

After the debate, Trump promptly took to Twitter to disparage and insult the journalist. Since then, he has routinely attacked and derided Kelly, encouraging thousands of his followers to do the same. (In fact, Vocativ counted 423 instances of the word ‘bitch’ tweeted at Kelly in the 24 hours following Trump saying he would not participate in tonight’s Fox News debate because Kelly was moderating again, and 404 counts of ‘bimbo.’)

You know who didn’t respond on Twitter? Megyn Kelly. The journalist has continued to cover the Presidential campaign without directly firing back publicly—or going into hiding. In fact, her response to the vitriol thrown at her in August was to say she had no comment, except that she would “not apologize for doing good journalism.” Her bosses at Fox seem to agree.

Nicole Willams, the founder of Works, a career consultancy, says Kelly’s response is a master class in how to deal with a “textbook workplace bully.”

Presumably your bully won’t be a billionaire would-be politician with an enormous social following. But ultimately Trump’s motivations are the same as any bully’s, according to Williams: He wants to incite a negative reaction. The best thing Kelly can do is what she has done—take the high road and ignore his remarks.

“Once you’re quiet about it, the bully moves on to someone else, because the bully is looking for a response,” Williams said.

Read Next: The Trump Effect on Your Wallet

As Williams noted, Kelly’s response to Trump’s attacks, or rather her lack of response, “makes him look like an idiot, not her,” and can extend to any number of situations at work. If a bully targets you, the key is to always rise above and remember you have a job to do.

“You do have to show a brave face and show up to work every day,” Williams said. “You can deal with the stress privately in a number of ways.” Williams recommends talking to family and friends, doing yoga—whatever will clear your mind and allow you to focus.

Of course, that’s not to say you shouldn’t stand up for yourself. But if someone is taunting you, a la Trump, the worst thing you can do is sink to their level or neglect your responsibilities.

“If she were to shrink away, she’d look like a weakling, which is what Trump is trying to do. He’s trying to discredit her,” she added. “It’s a power play.”

When Kelly takes the stage for tonight’s debate, she’ll have shown who’s really in charge.