Which Presidential Candidate Would Be Best for Your Wallet? 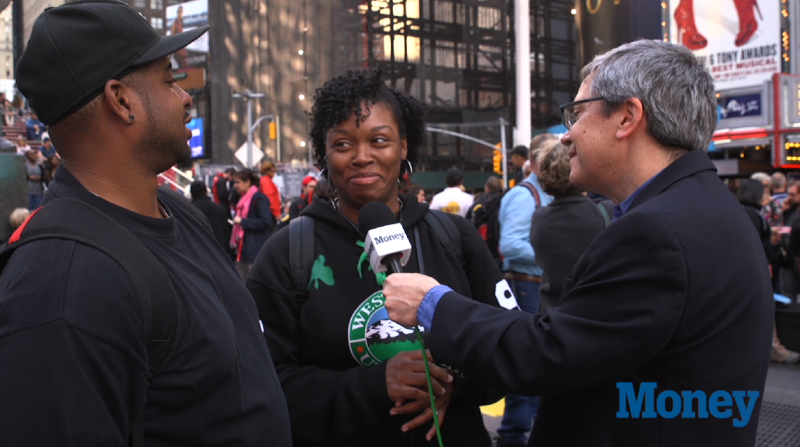 Which presidential candidate would be best for your wallet? Who would be worst?

Money editor George Mannes ventured into New York City’s Times Square to ask people about their opinions on the matter.

It was pretty evident to see which side of the political spectrum people leaned toward. However, the answers remained vague.

For example, “I think she (Hillary Clinton) has a plan…” and “He’s (Donald Trump) a pretty successful businessman.”

Additionally, when asked who would be worst, the majority said Donald Trump. To which one person said, “He scares me, that’s why.”

Read Next: Why Aren’t the Presidential Candidates Debating Retirement Security?