Not All College Debt Is Created Equal: 6 Ways Private Student Loans Are Riskier Than Federal Loans 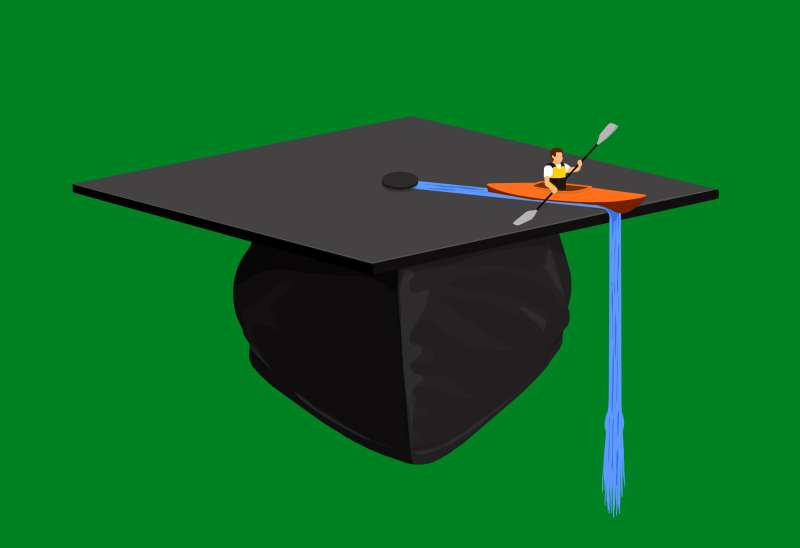 While the term “student loan” is often used to describe any type of higher education debt, there are two separate types of loans that have their fair share of differences: federal student loans and private student loans. Both come with some risk, but private loans lack many protections and benefits available with federal loans.

If you — like roughly half of undergraduates — need to borrow to pay for college, you should use federal loans first. But if you’ve already borrowed the maximum amount available the federal government, you might consider turning to a private student loan to cover the rest of your bills. Here is what to consider before you sign the dotted line:

Focus solely on your grades by covering your college expenses with a Student Loan.
With a Student Loan, you can worry less about tuition and devote your energy to mapping out your future. Click on your state and take the first step today.
Get Started

Private loans don’t allow payments based on your income

Income-driven repayment guards against one of the biggest risks of college: it’s difficult to know with certainty that enrolling will lead to higher earnings. That’s true, on average, of course. But not for every individual. So when repaying federal student loans, borrowers have the option of enrolling in an income-driven repayment plan — something unavailable for private loans. This benefit allows you to make a monthly payment based on a percentage of your income and family size.

Reducing your monthly payment with income-driven repayment can help if you lose a job or don’t earn enough to pay all your bills. Then, after 20 or 25 years of monthly payments (depending on the plan you enroll in), the remaining debt balance is forgiven. But keep in mind that whatever the forgiven balance is counts as taxable income.

Private loans have no option for student loan forgiveness

Unlike federal student loans, private student loans don’t have the potential to be forgiven, aside from filing for bankruptcy. (And that presents its own challenges.)

But with federal student loans, those pursuing a career in certain public service fields, such as a teacher or librarian, can have their loans forgiven after 120 qualifying payments. Private loans don’t qualify for this Public Service Loan Forgiveness program.

Federal loans offer other options to discharge student loans, such as a closed school discharge, that some private lenders do not. And private lenders also don’t offer the forgiveness associated with income-driven repayment plans outline above.

There are no subsidized private loans

There are two types of federal student loans: subsidized and unsubsidized.

Subsidized loans are better because the government pays the interest on them during times of deferment. So, those four (or more) years you’re in college? You’ll have an in-school deferment, and no interest will accrue, meaning your loans won’t grow, as long as you’re enrolled at least half-time. The same is true for other period of deferment, such as an unemployment deferment, as well.

Subsidized loans are given to students with financial need. They represent about a third of outstanding federal student loans for undergraduates. The rest are unsubsidized, meaning they start to accrue interest as soon as you take them out. That’s how private loans work as well, except they also tend to have higher interest rates than federal loans.

Private loan lenders aren’t as flexible if you lose your job or have some other financial hardship. With federal loans, you can postpone your payments until your situation improves relatively easily through forbearance or deferment. For example, you can apply for an unemployment deferment or an economic hardship deferment, and if approved, get your loans deferred up to three years.

There are private lenders that allow you to put loans in forbearance, but in general, federal loans have a longer option on this. And with federal subsidized loans, deferments can be an interest-free postponement, something that never happens with private loans.

Federal student loans have limits on how much a student can borrow each year. The limit for first year undergraduates, for example, is $5,500 for dependent students and $9,500 for independent students.

But with private loans, lenders determine how much you can borrow based on your creditworthiness. Without clear limits, it may be tempting to borrow more than absolutely needed or to mistakenly borrow an amount that’s unaffordable for an entry-level salary. Students (and parents) should borrow as little in loans as possible to get through college, but that’s especially true with private loans, which carry higher interest rates.

Most private loan borrowers are required to have a co-signer to be approved. Since many college students have no or limited credit and lack a steady income, a parent or other relative often cosigns. The problem is, cosigning a loan is essentially borrowing the loan yourself. A cosigner is just as responsible for repaying the loan as the student who uses it to go to college.

So, if a borrower can’t land a job after graduation or flakes out on repaying, the co-signer is expected to foot the bill. That loan is going to follow the co-signer around — on their credit report, at least — until it’s completely paid off. There are a handful of private lenders that offer co-signer release. That means the co-signer can get out of the loan obligation if a borrower meets certain requirements (such as making a specific number of on-time payments), but it’s not a guaranteed benefit.

The 2020-2021 school year is just around the corner. Apply NOW for a Student Loan.
With the help of lenders like Sallie Mae, you can get ahead in your studies without worrying about your finances. Click below to learn more.
Get Started

How We’re Paying off $50,000 in Student Loans, Even With a Job Loss During Coronavirus

How to Talk to Your Kids About the Recession