Here's a Running List of Major Retailers and Their Reopening Plans 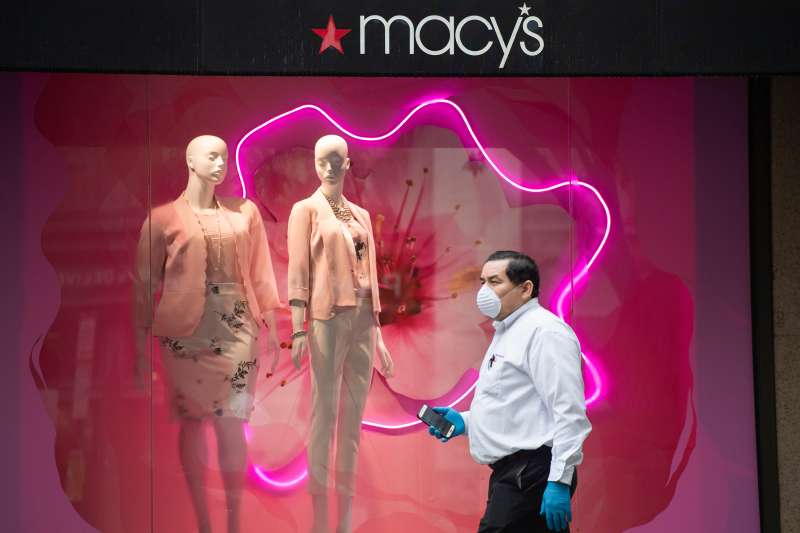 Is it OK to go shopping again? America’s retailers, which have been crushed by the coronavirus pandemic, certainly hope so.

For the past month and a half, most shopping centers and nonessential stores have been closed or perhaps offering only curbside pickup. Even essential stores, including supermarkets and big-box food retailers like Costco, Walmart, and Target, have reduced store hours and suspended returns and refunds in order to help prevent the spread of COVID-19.

Even so, the arrival of May is being marked by some as a fairly major turning point in the push to reopen America’s economy. Malls opened again in several states on May 1 or May 4, and big retailers like Macy’s, Costco, and Best Buy have announced plans to either reopen nationally or expand store hours.

Here are more specifics, with the caveat that the unpredictability of the coronavirus brings with it the likelihood that plans can change. Also, bear in mind that, depending on where you live, state and local regulations could overrule any retailer’s or business owner’s plans to reopen.

Costco Store Hours Back to Normal

Like many other essential retailers, Costco has been operating with reduced store hours for weeks, in order to give workers extra time to clean and restock shelves.

Starting on Monday, May 4, Costco store hours return to normal in most locations. Costco gas stations will have normal hours in most places too. Take note that select Costco warehouses will be open from 9 a.m. to 10 a.m. Monday to Friday exclusively for members who have disabilities or are ages 60 and over. Also, as of May 4, all Costco shoppers are required to wear face masks.

Select Starbucks have remained open for the past few weeks, but only for drive-thru service. Starting in early May, Starbucks says, more locations will open up and expand service, on a case-by-case basis.

For the time being, you still won’t be able to order a coffee or snack and sit inside a Starbucks. But, depending on the store and local regulations, you may be able to place an order with the Starbucks app and pick it up at the door. Or, in some cases, you can place “grab and go” orders in person. Starbucks drive-thrus are still open as well.

One of America’s biggest mall companies, Simon, announced it was reopening several dozen of its shopping centers, starting sometime between May 1 to May 4. The first malls to reopen, on May 1, are in Alaska, Arkansas, Georgia, Mississippi, Oklahoma, South Carolina, Tennessee, and Texas. More Simon shopping centers opened on Monday, May 4, in Georgia, Indiana, Florida, Kansas, Missouri, and Puerto Rico.

Simon has announced last-minute changes in terms of when specific malls will reopen, so double-check with your local mall before attempting to go shopping. As of May 5, Simon says it had opened 59 malls, and planned on opening 18 more properties in the following week. More malls, in states such as New Hampshire, opened on Monday, May 11, and 50% of the companies malls are expected to be open by the end of the week.

When Simon malls do open, there will be employee screening measures in place, to ensure workers aren’t sick, and occupancy restrictions will limit the number of shoppers, so that there is at least 50 square feet of space per customer. Play areas and drinking fountains will be closed, and “food court seating will be limited and spaced in a way to encourage social distancing,” the company says.

In a video conference call on April 30 with investors and the media, Macy’s said it planned on opening 68 of its department stores on Monday, May 4. By mid-June, the company expects that all of its roughly 750 stores in the U.S. will be back open.

To reopen in the safest way possible, Macy’s is issuing cloth masks to all workers, who will also receive wellness checks routinely. Some services in stores will be limited or not offered at all: Ear-piercing and alternations won’t be available, and customers will not be able to try on certain garments, including dress shirts. Protective plexiglass will be installed at checkout areas, and “social distancing will be the norm in all locations for the foreseeable future,” the Macy’s presentation explained.

On May 6, Gap Inc. announced plans to reopen 800 stores by the end of the month. The company runs its flagship Gap stores, as well as Old Navy, Athleta, and Banana Republic. Stores are expected to open with reduced hours, and take many safety precautions, including “rigorous cleaning routines,” the addition of signs to address social distancing guidelines, and face masks for all employees, the company says.

Most Best Buy stores have remained open during the coronavirus pandemic, but only for curbside pickup service of online orders. Starting in May, though, about 200 Best Buys around the country will offer in-store consultations, in which customers will get a scheduled time to browse and shop with the help of a (socially-distanced) employee.

For obvious reasons, the number of in-store consultations will be limited. The store visit preparation seems fairly laborious too. Once the system is in place, appointments will be able to be made online, via the Best Buy app or live chat, or over the phone. You’ll get a confirmation after making an appointment, plus a follow-up reminder via text and email. Before your actual store visit, a Best Buy associate will call and walk you through the process, including an explanation of safety measures in place. If you want to do a product demo, a Best Buy worker will wipe it down before and after you try it out.

Burlington says that 27 of its stores reopened on Monday, May 11, and many more are opening back up this week. “We plan to implement social distancing practices in stores as they re-open,” the company says, including:

TJX, the company that owns T.J. Maxx, Marshalls, and Home Goods, said on May 9 that it was reopening many of its stores. Like other retailers, however, the reopening plans are heavily dependent on the location, and what regulations are in place there. Check your local store before trying to go shopping.

Apple is expected to open about two dozen stores by Memorial Day. The company says that face coverings will be required for all customers and employees, and that curbside pickup and dropoff will be available in many locations. At stores where customers are allowed to come inside, the number of people will be limited. “We’re focused on limiting occupancy and giving everybody lots of room, and renewing our focus on one‑on‑one, personalized service at the Genius Bar and throughout the store,” Apple says.

What Stores Are Open in Georgia, Texas, and Florida?

Many states are trying to relaunch their local economies and open stores, restaurants, and other businesses in early May. But some spots are more eager than others to attempt to get business back to normal.

In Texas, many retail stores, restaurants, malls, and movie theaters are allowed to open as early as May 1, though their capacity must largely be limited to 25%, the Texas Tribune reported. Other businesses, including hair salons and barbers, may open Friday, May 8, while gyms and bars in Texas will perhaps be allowed to open on May 18.

Some of Georgia’s barbershops and gyms reopened on April 24, the statewide shelter-in-place order officially ended on April 30, and it was expected that malls would open on May 1. However, most malls in the state have since reconsidered, did not open May 1. Many shopping centers in Georgia reopened on May 4, though reports indicate that not many shoppers are showing up.

The Florida reopening plan started on Monday, May 4, when restaurants and retail stores were allowed to open in most of the state, provided they limit capacity to 25%. Take note that Florida’s reopening plans do not apply to Broward, Miami-Dade, and Palm Beach counties, where most stores will remain closed, and that businesses such as bars, barbershops, salons, and gyms are still not allowed to open anywhere in the state.

On May 20, most stores and restaurants at Disney Springs reopened, complete with temperature checks for customers before they’re allowed to browse or dine. While this popular shopping area at Walt Disney World is back open, the resort’s theme parks remain closed.

Get restaurant-quality meals delivered to your door using HelloFresh - their fresh, chef-prepared meals take the guesswork out of eating healthy.
Click below to begin getting healthy meals today.
Get Meal Delivered to My Door

Everything You Need to Know About Curbside Pickup at Walmart, Target, Petco, Lowe’s and Other Major Retailers

Stores Normally Launch Huge Sales When the Economy Crashes. So Where Are the Deals Now?