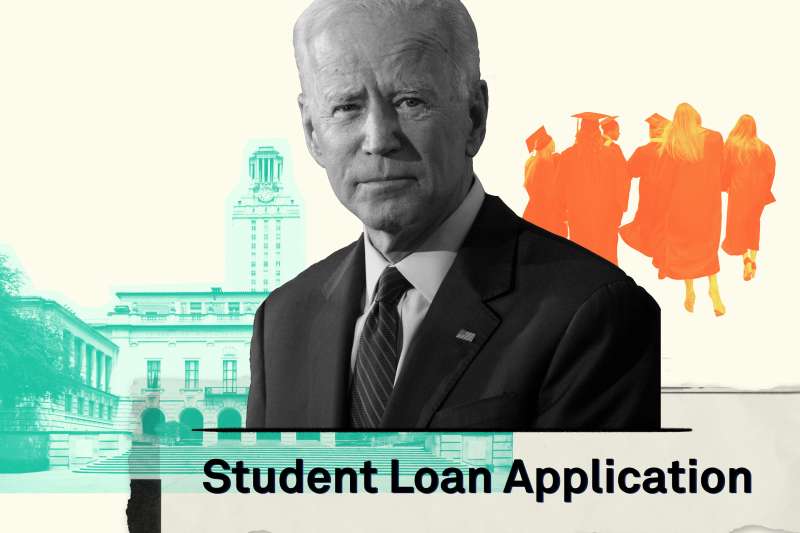 With so much recent attention on student loan cancellation, many of the country’s more than 40 million borrowers are likely crossing their fingers for a clean slate to free them of their loans.

But often lost in the debate over the effects of broad student debt cancellation is the fact that all federal borrowers already have an option to get debt forgiveness. In fact, nearly 8 million of them are already on this path, and they’re on track to see roughly half of their balances canceled, according to an Education Department analysis reviewed by the Wall Street Journal.

This is all through the government’s income-driven repayment plans, which allow you to tie monthly payments to how much you earn and forgive any remaining balance after 20 or 25 years of payments. (Public service workers get this deal after 10 years.)

The problem is, there are still many borrowers who may not know about income-driven repayment plans or struggle to access them. That’s especially true for the lowest-income borrowers, a series of research papers found. The most recent update, for example, shows that households earning between $25,000 and $75,000 were roughly three times as likely to be taking advantage of these programs as those earning less than $12,500.

When the programs were first introduced, borrowers had to prove a financial hardship in order to enroll. But today, any borrower with federal student loans can access one of the plans, though you may have to jump through some hoops to do so. Still, only 30% of borrowers do.

Even as eligibility for the programs has expanded, data shows many borrowers still struggling with debt. About one-in-five federal borrowers is in default, meaning they haven’t made a payment in 9 months, and there are more than a million new defaults each year.

One reason why is that enrolling and staying in an income-driven plan requires that you navigate a cumbersome system. Borrowers have reported dealing with unclear guidance from their loan servicer, delayed application processing and lost documents. The process is particularly complex if you have older federal loans.

And even if you do manage to sign up, stay in and pay consistently for two decades, you’d still face a significant downside. Any debt that’s cancelled through these plans is considered taxable income. That could add up to a sizable amount, since it’s not uncommon for balances in these plans to actually grow year-over-year when the income-based amount isn’t large enough to cover monthly interest accrual.

If your loans are wiped out, but you have to pay a five-figure tax bill because of it, then the government isn’t exactly cancelling 100% of your outstanding debt so much as 75% of it, says John R. Brooks, a law professor at Georgetown University who’s studied the issue.

“It is basically undermining or changing the terms of the deal,” he says.

Critics of universal debt forgiveness policies argue they’re a giveaway to middle- and upper-class Americans. Instead, they say, fixing the problems in the existing income-driven plans would be a better policy solution — and one that’s more affordable for taxpayers. It’d allow lower- and middle-income borrowers to benefit from debt forgiveness in the future, while ensuring those who earn enough to repay their debt do so.

A recent paper from researchers at the University of Pennsylvania and University of Chicago, for example, finds that increasing enrollment in income-driven repayment plans would ensure that three-fifth of dollars eventually canceled would go toward the bottom half of earners. That’s essentially the opposite of what they estimate would happen with universal debt cancellation.

What’s more, if you’re a low-income borrower with a large amount of debt, wiping $10,000 off from your total balance doesn’t actually help you much, says Sylvain Catherine, a co-author of the paper and assistant professor of finance at the Wharton School. It’d be canceling debt you would have never paid back in the first place. It also wouldn’t change your monthly payments in an income-driven repayment plan. (Again, the key here is ensuring that this hypothetical low-income borrower could actually sign up for these plans.)

Biden has actually campaigned on plans to do both — cancel some debt and improve repayment options. While he didn’t include either in his first legislative push announced Thursday, his transition team says his plans still include working with Congress to cancel $10,000 for every federal borrower, as well as expanding existing income-driven repayment plans.

Borrowers need both, says Persis Yu, director of that Student Borrower Assistance Project at the National Consumer Law Center. While the existing income-driven repayment plans are a necessary protection, they don’t go far enough in helping borrowers deal with the current economic crisis.

Student loans cause both financial and emotional stress, she says, as they weigh on borrowers who want to start a family, launch a business or buy a home.

“These are tangible things that borrowers need to be able to address now, not in 20 years,” she says.

Marshall Steinbaum, an economist and senior fellow at the Jain Family Institute, says presenting income-driven enrollment as an alternative solution to debt cancellation is misleading. Either way, the government is promising to forgive debts. His research finds that borrowers are increasingly not paying down their loans, so the amount the government is committing to forgive is increasing each year.

If the cancellation of large amounts of student debt is inevitable, he argues, why not do it now, instead of punishing borrowers with pointless payments?

“It’s kicking the can of student debt down the road,” he says.

Should You Sign Up for an Income-Driven Repayment Plan?

While policymakers debate, student loan borrowers are essentially in limbo. There’s currently no interest or required payments, thought it’s unclear for how long. The promise of debt cancellation is there, but it’s certainly not assured. What options does that leave borrowers?

If you have a high debt-to-income ratio, or you’re simply struggling to afford your monthly payments, you should still use income-driven repayment regardless of the program’s issues. That’s especially true right now, because the current interest-free payment pause counts as progress toward loan forgiveness.

Keep in mind that income-driven repayment is actually an umbrella term for four different plans. Each has some slight differences, based on the types of loans you have. If you’re unsure which repayment plan is best for you, you can model different options with the Department of Education’s loan simulator, which will project your monthly payments and future amount forgiven.

If, on the other hand, your earnings are high relative to your debt, you’re likely better off — in the sense that you’ll pay less in the long-term — paying your loans off faster than you would in an income-based plan. Finally, it’s unclear whether or how much debt cancellation the incoming administration may approve, but if you have a modest debt balance, experts say there’s little harm in skipping payments now, while there’s no interest, to maximize the amount forgiven.

The 3 Current Student Loan Forgiveness Proposals: Who Would Qualify?