Nostalgia SURGE! Cult Favorite Foods & Drinks Back from the Dead 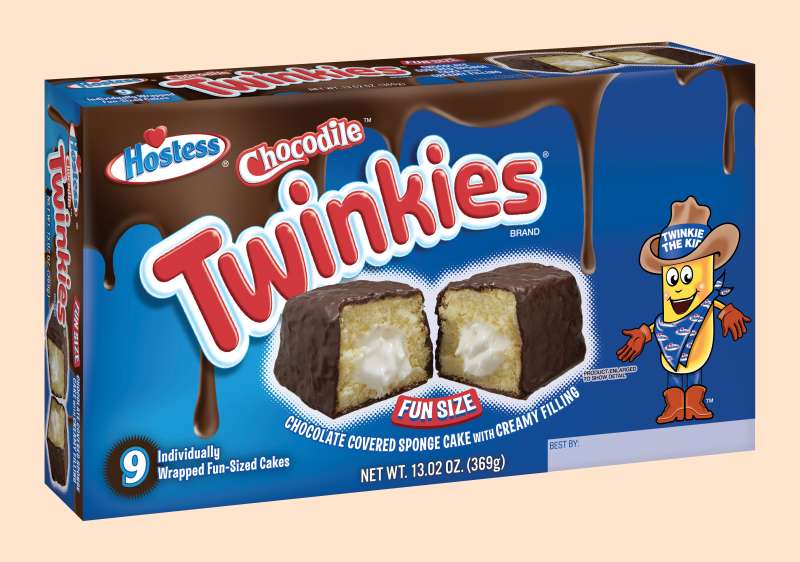 There’s no mystery as to why malls play old Christmas songs, why retro products and brands pop up regularly in the marketplace, and why advertisers are constantly trying to evoke memories of our youth. But if anyone had any doubts, the results of a study published over the summer by the Journal of Consumer Research show that we’re more likely to spend money when we’re in a nostalgic mood.

Consumers are also, we know, more prone to buying stuff when it hasn’t been available in quite some time, and when we get the idea it may disappear again because it’s a limited-time offer. The periodic resurfacing of the McDonald’s McRib is a great example of how this strategy can work over and over to successfully drum up sales—for a product that, remember, was discontinued from the regular menu because not enough people liked it.

These varied forces have combined to fuel a surge in sales for products ranging from cheap old-school beer (featuring retro bottles, cans, and logos) to re-releases of old-school sneakers, Nike Air Jordans in particular. And these forces are also fueling a surge in discontinued food and drink products being brought back from the dead, including, well, SURGE.

The highly caffeinated citrus soda brand was brought back by Coca-Cola this week due to popular demand. The masses spoke in the form of a Facebook page with more than 140,000 Likes that demanded its return to the marketplace. And then they took action by buying up the first batch in its entirety within hours of it going on sale at Amazon.com.

Here are a few other food and drink products that disappeared for a while, only to resurface to the rejoicing of more than a few cult fans.

Hostess Chocodiles
At one point, sellers on eBay were asking as much as $90 a box for these chocolate-covered Twinkie treats, and buyers paid $17 for a single Chocodile. That was back during the dark days, when Chocodiles weren’t available in the vast majority of the country. In July Hostess announced it was bringing the Chocodile back nationally, by way of some hyperbolic statements from the company’s CEO. “In the past Chocodiles seemed to be shrouded as much in mystery as in chocolate, inspiring an obsession among fans that was truly the stuff of legends,” said William Toler, president and CEO of Hostess Brands. “Now, fanatics will once again be able to satisfy their cravings and a new generation will be able to experience the magic for the first time.”

BK Chicken Fries
Over the summer, around the same time Burger King was dramatically scaling back availability of Satisfries, its low-calorie French fry, the fast food giant brought back decidedly less healthy Chicken Fries to the menu for a limited time. The breaded-and-fried chicken strips were on the menu from 2005 until they were discontinued in 2012. But after online petitions and Tumblr pages pleaded for their return, BK relented. “On peak days we’ve seen one tweet every forty seconds about Chicken Fries, many of them directly petitioning, begging, for us to bring them back,” Eric Hirschhorn, Burger King’s Chief Marketing Officer North America, said in a statement. “When you have guests who are this passionate about a product, you have to give them what they want.”

Ballantine IPA
The hipster cult status of PBR has caused the Pabst Brewing Company to take a hard look at the beer brands it owns and see if should start brewing any of its discontinued old-school beers—which, perhaps, might also gain a following with hipsters. That’s essentially why Pabst relaunched Schlitz in 2008, and then reintroduced Schlitz vintage “Tall Boy” can a few years later. And it’s why the company is bringing back Ballantine IPA, the 136-year-old brew produced for decades in Newark, N.J., credited as America’s first IPA. It helps that the craft beer revolution has made hoppy IPAs extremely popular.

General Mills Monster Cereals
For most of the year, shoppers can’t find Boo Berry, Count Chocula, and Franken Berry in the cereal aisles of any supermarkets. But then sometime in late summer, their dormancy period ends like that of a pumpkin spice latte, and they’re suddenly available again just in time for the ramp-up to Halloween. This year, the cereals feature new designs from DC Comics artists, being sold side by side next to cereal boxes with retro characters and logos from the 1970s and ’80s. Count Chocula and Franken Berry are also being sold in select stores in Canada this season, which is unusual. “No more trips across the U.S. border to stock up!,” a General Mills post promised.

Last year, General Mills made monster cereal fans extra happy by bringing back two rare products, Frute Brute and Fruity Yummy Mummy, which hadn’t been sold in more than two decades. Alas, it looks like the two cult favorites are not returning to stores this season, prompting fans to voice their disappointment with comments on the company blog.

Something tells us we’ll be seeing both Frute Brute and Fruity Yummy Mummy again in the future. In today’s nostalgia-ridden world, no brands really die, not even when they feature monster characters that are undead.