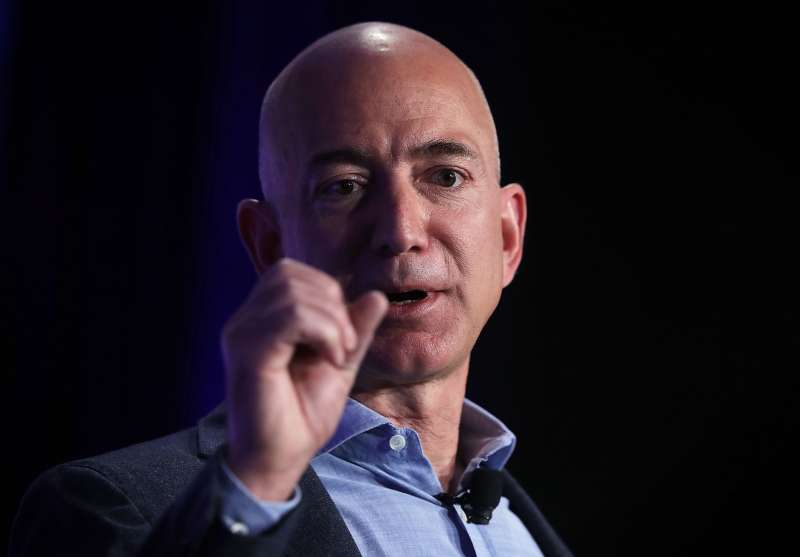 Tech stocks like Amazon, whose CEO Jeff Bezos is pictured above, are helping investors turn a profit on their portfolios.
Alex Wong—Getty Images

Tech stocks have been paying off for individual investors this summer.

In fact, thanks in large part to their ownership of shares of large technology companies, more than 90% of ordinary investors made money in July, CNBC reported, based on an analysis by investing social network Openfolio of the more than 70,000 portfolios on its online investing platform.

According to the Openfolio analysis, the typical investor’s holdings increased by 3.49% last month, almost keeping pace with the 3.69% rise for the S&P 500 Index.

Among the tech stocks that have performed well lately are Amazon, Apple, Facebook, and Google’s parent company Alphabet. For instance, Amazon’s profits increased for the fifth straight quarter, according to its second quarter earnings report released last week, sending its stock up 43% over the past year. Meanwhile, Alphabet’s revenue grew by 21% since the same time a year ago, outpacing analyst expectations and leading to a nearly 16% boost in the company’s stock price.

Indeed, direct ownership of the 25 most popular tech stocks on Openfolio made up more than 35% of July gains—a figure that doesn’t account for the investors’ exposure to tech stocks in mutual funds and exchange-traded funds they might own.

During the first seven months of 2016, average investor returns lagged the S&P 500 by more than three percentage points.

The data also shows that many Openfolio investors are shifting to cash, where the average one-year certificate of deposit yields 0.29%. “Three months ago, the average portfolio had 8.1 percent in cash, the lowest level we had seen on the platform, and now average cash holdings are 10.3 percent,” Hart Lambur, founder and CEO of Openfolio, told CNBC.