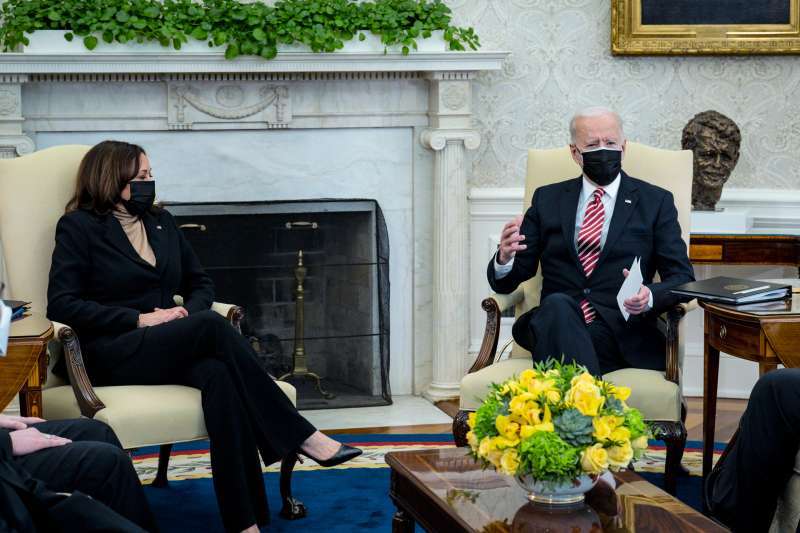 UPDATE: Early Saturday morning, the House of Representatives passed the relief package that would provide for a third round of stimulus checks. The 219-212 vote fell mostly along party lines, with the exception of two Democrats (Reps. Jared Golden and Kurt Schrader) who rejected the proposal.

The legislation now moves to the Senate.

If you’re hoping for a third stimulus check, you’ll want to watch what happens in Washington, D.C, over the next few days.

The House Budget Committee advanced the American Rescue Plan Act of 2021 on Monday, and in doing so, moved Congress one step closer to approving a round of $1,400 relief payments to help Americans through the coronavirus crisis. The House of Representatives is aiming to hold a floor vote on the proposal this week, according to The New York Times and tweets from Majority Leader Steny Hoyer, D-Md.

Democrats are attempting to usher through the payments via budget reconciliation, a legislative process that requires only a simple majority of votes in the Senate to pass a bill (as opposed to the normal 60). It may be an uphill battle given some Republicans’ reticence to pass such a costly package, but speed seems to be the priority.

“Without this relief package, conditions will spiral further out of control and families will suffer needlessly,” Budget Chairman John Yarmuth, D-Ky., said in a news release. “We have the plan and the fiscal space, we have the American people behind us, and now we have the bill to get it done.”

Here’s what you need to know.

What’s in the current stimulus proposal?

Biden’s stance is that this $1,400, combined with the $600 payment distributed in early January, equals the $2,000 stimulus he’s championed. (Not everyone agrees.)

How will the third stimulus check differ from the first two?

The first and second stimulus checks provided $500 and $600 per dependent under age 17, respectively. This meant adult dependents and college students were excluded. But the third proposal doesn’t appear to have an age limit, which is good news for families.

Another potential change is that the previous two rounds of stimulus payments were based on IRS data from people’s 2018 and 2019 tax returns. The American Rescue Plan instructs the IRS to use people’s 2019 tax information to calculate the amount of their third stimulus check — unless they’ve already filed their 2020 tax return. In that case, the agency would use the most recent return it has on file.

If you have not filed your 2020 tax returns, the IRS suggests that you file immediately to get your Stimulus Check.
Complete your tax returns using E-File and include your direct deposit information to expedite your payment.
File My Taxes

What’s the timeline for the third stimulus check?

The legislation directs the government to distribute the third stimulus payments “as rapidly as possible,” with a deadline of Dec. 31, 2021.

In a Friday Twitter video, Biden said people can get the money “as soon as the House and Senate pass my legislation.” As for the overall package, House Speaker Nancy Pelosi has said she’s hoping to have it “all done by the end of February” and “on the president’s desk” by mid-March.

To prepare to get your potential third stimulus check, make sure the IRS has your direct deposit information. You may also want to electronically file your taxes now so the government has an accurate income level for you.

68% of Americans Say They Need Another Stimulus Check

File Your 2020 Taxes Soon if Your Income Dropped Last Year