The Best Way to Come Out to Coworkers and Bosses 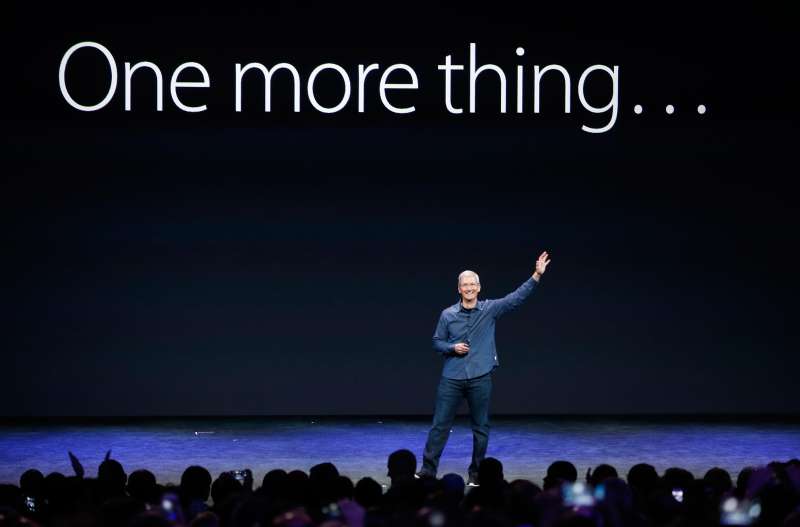 On Thursday, Apple CEO Tim Cook came out to his entire customer base.

In a column for Bloomberg Businessweek, Cook wrote: “I’m proud to be gay, and I consider being gay among the greatest gifts God has given me.”

The Apple chief’s column continued to say while he had wanted to maintain “a basic level of privacy,” he felt that this was holding him back from helping others.

“I don’t consider myself an activist, but I realize how much I’ve benefited from the sacrifice of others,” Cook wrote. “So if hearing that the CEO of Apple is gay can help someone struggling to come to terms with who he or she is, or bring comfort to anyone who feels alone, or inspire people to insist on their equality, then it’s worth the trade-off with my own privacy.”

Coming out to anyone is a big step. But for many LGBT individuals, informing professional relations of one’s sexuality is just as challenging—if not more so—as telling friends and family.

Despite rising public support for LGBT rights and the increase in state laws recognizing those rights, a majority (53%) of LGBT workers in the U.S. hide this part of their identify at work, according to a study released this year by the Human Rights Campaign.

According to the survey, the reasons for not being open at work range from feelings that one’s sexual orientation or gender identity is “nobody’s business,” to fear of being stereotyped, to concern that bias could have a negative effect on one’s career and professional relationships. What many don’t realize, however, is that remaining in the closet can itself have negative effects: Many LGBT workers report feeling exhausted and distracted at work from all the time and energy they spend hiding their identities, according to HRC.

“Often fears are overblown in our minds,” says Sarah Holland, an executive coach who formerly headed the Visibility Project, a national organization that helped corporations address issues of sexual orientation in the workplace. “The world is more receptive to LGBT individuals than it’s ever been before. More often then not your colleagues have already made assumptions about your sexual orientation, especially if you never say anything about your personal life.”

There’s no need to share your orientation if you don’t care to, experts say. But if you decide that it’s finally time to let your guard down—as Cook did—here’s the best way to go about it:

Before doing anything, you want to make sure that you won’t put your career or personal security in any kind of jeopardy by saying something.

Start by checking whether your state has a non-discrimination law that would protect you from being fired, harassed, or discriminated against. Currently 21 states have such laws in place regarding sexual orientation, and 17 of those for gender identity as well. (No workplace protections exist in federal law.)

While it’s a reassuring backstop if your state is among those that offer protections, it’s arguably more important to assess your company and department culture to get a sense of how your news will be received, suggests Deena Fidas, director of workplace equality for the Human Rights Campaign.

Does your employer have a written non-discrimination policy that covers sexual orientation and/or gender identity? The vast majority (91%) of Fortune 500 companies have workplace protections in place on the basis of sexual orientation and 61% on gender identity. Does your company offer domestic partner benefits? Is there a support or affinity group for LBGT individuals, or is anyone in your department openly gay? (If so, you might want to talk to people to learn about their experiences coming out and for their insights.) Is your company ranked highly on the Human Rights Campaign’s Corporate Equality Index?

On the other hand, have you heard anyone at work make derogatory comments about LGBT people?

Should you get the sense that it wouldn’t be comfortable to come out, you might want to rethink your corporate affiliation, says Holland. “Consider why you want to be at that company. Do you really want to spend your work life being closeted for fear?”

Start with Your Closest Colleagues

Once you determine that your workplace is LGBT friendly, begin by sharing more details of your personal life with a trusted coworker whom you know is LGBT-supportive, recommends Fidas.

Having an ally will make you feel more comfortable opening up to the rest of the workforce, and can help you deftly handle any conversations that get awkward or too personal.

For the other folks in your social circle, “use the Monday morning coffee talk as a chance to be more forthcoming,” suggests Holland.

Chances are, you’ve been ducking out every time the social chatter turns to relationships or dating—and 80% of straight workers say that these conversations come up weekly or even daily, according to the HRC survey. But now use them to your advantage: “When asked how you spent your weekend, don’t change the gender of your partner,” says Holland. “Say if you went to a function for gay rights.”

By speaking about your LGBT identity casually, you can help coworkers to follow your lead and treat it the same way.

Let Everybody Else Figure it Out

While coming out to family and friends often happens with a discrete announcement, “in the reality of the workplace, coming out is more of a daily process, not an announcing that one is gay,” says Fidas.

In other words, you need not go around to everyone from the IT guy to the mail clerk to formally and awkwardly inform them about your sexual orientation. There are many subtle, discreet ways you can clue in coworkers with whom you’re less likely to talk about these topics.

For example, putting photos of your partner on your desk or having your loved one pick you up at the office allows coworkers to make the discovery themselves without you hiding any aspect of your identity.

Fidas also recommends using an opportunity to correct a coworker’s mistaken assumption as a way to make your sexual orientation or gender identity clear: “If you’re staring a new job, and a coworker asks if you moved from Boston with your husband, you can say you moved with your wife, rather than saying your spouse moved with you.”

Remember most of all that “you do not need your coworkers’ approval,” says Judith Martin, author of Miss Manners Minds Your Business. “You only need them to be respectful of you, which your workplace probably already obligates them to do.”