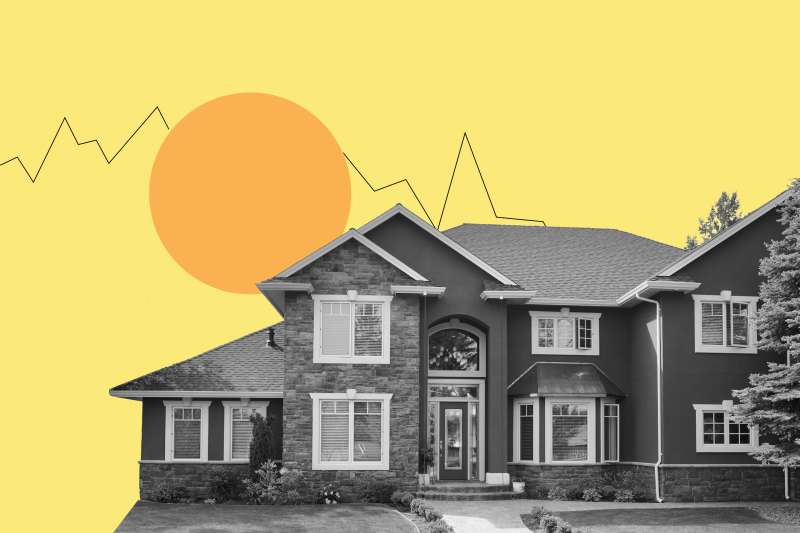 The hot housing trends seen in 2020 are continuing into 2021. Record low interest rates set during the first week of January led to a spike in both purchase and refinance loan applications.

However, the gradual rise in mortgage rates forecast by experts may finally be starting. Looking forward, buyers can expect higher prices and increased competition to be the norm at least until inventory starts to catch up with demand.

Money’s daily mortgage rates show the average rate offered by over 8,000 lenders across the United States the previous day. They reflect what a typical borrower with a 700 credit score might expect to pay for a home loan right now. The rates assume a 20% down payment and include discount points.

Find your actual rate at Quicken Loans
Click below to get started and see your rate today
View Rates for February 26, 2021

Mortgage rates vary from state-to-state. On Thursday, borrowers in Illinois were quoted the lowest mortgage rates — at 3.082%. People looking for mortgages in Nevada saw the highest average rate at 3.249%.

Nationwide, borrowers with the highest credit scores, 740 and above, were quoted rates averaging 2.93%, while those with credit of 620 or below were shown rates of 4.204%.

You may be able to negotiate a better interest rate if you shop around or if you have other accounts with the lender. (To get started, take a look at Money’s picks for the best mortgage lenders.) Currently, some lenders are hiking up advertised rates to keep demand in check, so you may be offered a lower rate if you reach out directly.

Money’s survey also shows that the offered rate for a 30-year refinance for someone with a 740 credit score was 3.23% on Thursday. In January 2020, the average mortgage rate (including fees) was around 3.8%.

Most experts had expected mortgage rates to rise slowly through 2021 as economic conditions improve. The latest jump was faster than anticipated, however, rates continue to be historically low.

The overall number of mortgage loan applications filed last week increased 16% from the previous week, according to the Mortgage Bankers Association. Applications to buy were up 8%, while refinance demand increased 20%. Applications for both loan types were higher than during the same week last year, up 10% and 93% respectively.

Mortgage lender’s tolerance for risk decreased during the third quarter of 2020, bringing Urban Institute’s Housing Credit Availability Index below 5%, a new low. Since the pandemic began, lenders have been increasing the minimum credit score required to qualify for a home loan.

The median FICO score today is 40 points higher than the pre-housing crisis level of 700. When credit availability decreases, it makes it harder for borrowers with less than a perfect credit score to qualify for a loan, as lenders seek to reduce their risk of a borrower defaulting. As a result, only a small percentage of Americans are able to take full advantage of the market’s historically low rates.

Home prices are up, inventory is down

The housing market stayed on a hot streak during the first week of 2021 with the median home listing price increased by 15% year-over-year, according to Realtor.com. That marks the 22nd consecutive week of double-digit price growth. At the same time, online searches for the week outpaced the number of searches during the same week last year.

Inventory remains the question mark for a sustained housing push in the new year. New listings were down by 26%, while overall inventory was down 41% year-over-year. A continued lack of inventory will keep upward pressure on home prices. Realtor.com expects prices to increase in 2021, although at a slowing rate.

Two-thirds of homebuyers would relocate if given the chance

One-third of homebuyers or sellers moved to a new city or area during the past year, according to a recent Redfin survey. Another third would consider relocation if they had the opportunity to work remotely on a permanent basis. While making a move to a new area was attractive, moving a great distance was not. Most homeowners preferred to move to areas relatively close to their original home.

Thirty percent of those who had already moved stayed within 50 miles of their city or area of origin. Of those who would consider moving, 23% would prefer to stay within 50 miles of their current home. The survey also revealed that 70% of respondents expected remote work to continue even after the pandemic ended, indicating that there may be a lot more moving going on in the near future.