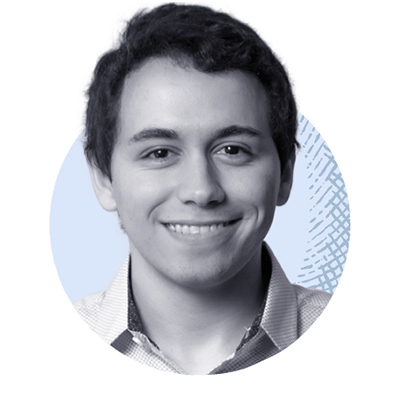 Hyperinflation is a quickly accelerating, out-of-control rise in inflation that occurs when the price of all consumer goods increases at unbelievable rates and speeds. This causes the value of currency to erode and the global cost of goods to increase across the board. Inflation spiking at a rate of 50% per month or more is the standard measure by which an economy acquires the label "hyperinflated."

With inflation hovering around a 40-year high, hyperinflation is a term that is being tossed around by economists and politicians alike. Hyperinflation may sound like something new, but its roots go back to the 1600s.

Though rare, it has occurred several times throughout history and in countries such as Germany, Russia and China. Many underdeveloped countries have also had to contend with hyperinflation, usually as a result of corrupt governments, poor financial policies and lack of economic stability.

How is inflation measured?

Inflation refers to the change over time in the price of goods and services commonly used by consumers. To measure inflation, the Bureau of Labor Statistics (BLS) measures the purchasing power of the dollar using the Consumer Price Index (CPI).

The BLS compares the current prices with previous prices for the same goods and services. The CPI compiles data based on prices of over 94,000 commodities and services as well as other consumer prices on items such as rental costs, travel, clothing, used cars and prescriptions.

Hyperinflation is commonly defined as a rate of inflation that increases by 50% per month; that is, 1000% per year. Under normal, healthy inflation, the Federal Reserve expects an increase of approximately 2% per year. Anything above 2% is considered high inflation, although this number is substantially lower than the 50% monthly increases that are required to reach the hyperinflation threshold.

Many economists believe that consumers struggling to keep up with rapidly increasing prices on essentials such as food and gas is the cause of hyperinflation. As demand surges, prices shoot up and inflation seems to spiral out of control. Taking a step back, we can get a clear view of how each action that financial institutions and the government took to remedy the situation may instead have added to the overall inflationary increases and the fear of an irreparable economy.

The war in Ukraine is partly responsible for energy prices that have gone through the roof. This set off a chain reaction, since increased fuel prices drove up the cost of growing, producing and transporting consumer goods. Food, building materials and many other consumer goods skyrocketed in price and their availability suffered due to supply issues and exorbitant consumer demand.

All of a sudden, salaries are no longer sufficient, interest rates increase and the workforce suffers as the world recovers from a global pandemic. As supply diminishes, demand increases, creating demand-pull inflation. Governments begin to create more money, which in turn reduces the value of the currency and creates even larger government budget deficits.

Now that consumers have more money, they pay the higher prices that inflation requires. It becomes a financial Catch-22, where the consumer pays more, causing the price to increase, which in turn leads to the consumer paying even more. The central bank then prints more money, which the economy cannot support.

The effects of hyperinflation

Experts continue to claim that the U.S. is not headed toward hyperinflation, but there are several warning signs to pay special attention to:

Supply issues such as the famous toilet paper debacle in the early stages of the pandemic can be an effect of hyperinflation. Uncertainty along with rising prices and supply chain issues tend to sound the panic alarm, causing consumers to frantically hoard merchandise, particularly disposable goods that they feel are essential to their day-to-day lives.

Consumers who are unable to stretch their dollars as far as they had in the past will often default on mortgages or vehicle loans in lieu of food, gas and medication. Government aid may be stretched thin as more people apply for assistance for food and housing.

Lack of trust in banks

During hyperinflation, more people begin to use cash and avoid depositing their money in banks and other financial institutions. Without that financial backing, these businesses are not able to survive.

The effects of hyperinflation can be long-lasting and crippling to any country's economy. Many economists define hyperinflation as the point at which a country's currency no longer has value. Savings become worthless. Basic necessities are unaffordable. The economy is devastated, resulting in a recession or — more likely — a depression.

How you can prepare for hyperinflation

Hyperinflation is rare and it is doubtful that the U.S. will experience hyperinflation anytime soon. But preparing for hyperinflation can provide protection for your investments during times of high inflation (such as the one we are currently experiencing). Remember that planning and balance are two of the most important keys for successful long-term investments, particularly in times of inflation.

Is the U.S. heading toward hyperinflation?

In spite of the highest inflation in over four decades, most experts believe it is highly unlikely that the U.S. is headed toward hyperinflation. Though rare, hyperinflation has occurred over 40 times throughout the world, but not in the U.S. Here's why:

The U.S. inflation rate is high but not at the 50% monthly threshold required per the hyperinflation definition. The worst inflationary period in this country was in the 80s when the annual CPI inflation reached 12.4% — incredibly high, but not anywhere near the threshold for hyperinflation. The Federal Reserve is actively pulling back on the supply of money, making it difficult, if not impossible, for inflation to spiral out of control.

Hyperinflation is rare among democratic countries in the world. The U.S. has checks and balances that are designed to prohibit any branch of the government from running amok and creating financial havoc.

That's not to say that we are not in a time of the highest inflation in over 40 years. The precautions needed during hyperinflation are extreme but can be tailored to work in our current financial environment. Awareness, planning and balance are strategic tools that can help you survive any financial crisis.