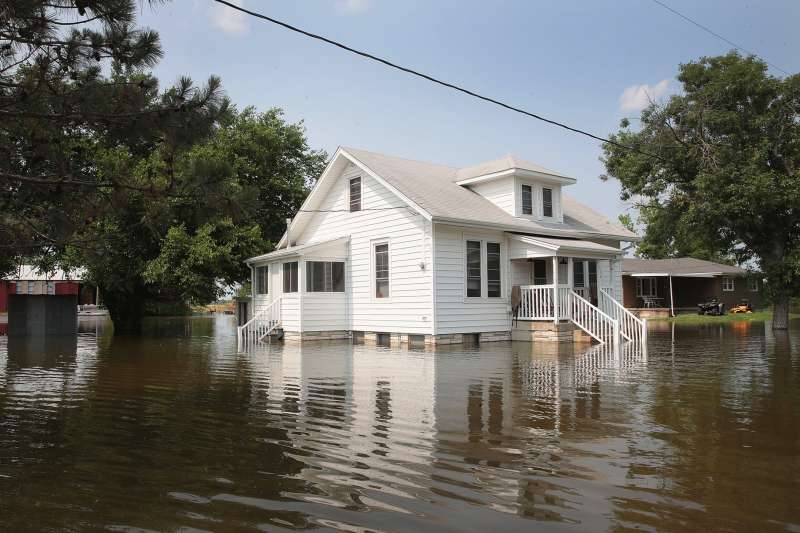 Most homeowners who carry flood insurance have little choice in the matter; they live in a high-risk area where their mortgage lender requires coverage. But flood protection is worth a look even if your bank doesn’t demand you have it.

The insurance industry sees the lack of flood protection as a key vulnerability for Americans. “Ninety percent of U.S. disasters involve flooding,” says Mark Friedlander, a spokesman at trade group the Insurance Information Institute, yet only about one in seven Americans have insurance coverage for floods, he says. “It’s the biggest gap in the country’s insurance coverage.”

Some consumer groups also counsel homeowners to buy flood coverage if their budget allows. “Buy it if you can afford it, even if your property is outside an officially mapped flood risk zone,” urges United Policyholders, a non-profit group that advocates for insurance consumers.

Here’s why flood protection can be a wise addition to your insurance portfolio.

Water damage is covered by the regular insurance policy on your home — but only if that water enters your home from the sky, as through a broken window or roof. Water that touches ground before entering your home is considered to be a flood, and any damage it causes can’t be claimed under your homeowners policy.

The same goes for renters insurance. While it’s likely that your landlord has flood insurance that covers the building, FEMA warns that such coverage rarely covers the contents of the structure, including tenants’ possessions.

Federal disaster funds won’t make you whole from a loss

Don’t depend on financial assistance from Washington to cover damage to your home from a flood. Such assistance kicks in only after a Presidential disaster declaration, and FEMA warns that most flood events do not result in such a declaration.

Even when they do, the agency says, “the resulting assistance typically comes in the form of loans that must be repaid — with interest!” Even if grants are given, the maximum size of grants is $34,900, which, as FEMA says, may not “be enough to restore your home to its pre-disaster condition or to replace your treasured household items.”

Floods are a part of life for those who live along the Gulf and southeast coasts. But a recent FEMA analysis of disaster risk for U.S. counties confirmed the surprisingly high frequency of flooding in areas less often associated with natural disasters.

A case in point: two cities that FEMA rates to be relatively high for flood risk but that seldom make the news for that status, at least nationally. Lubbock, Texas, and Philadelphia, Pa., average two and six river floods per year, respectively, according to FEMA data.

Policyholders outside of high-risk flood areas filed more than 40% of all flood insurance claims under the National Federal Insurance Program, and required one-third of federal disaster assistance for flooding, according to NFIP. A full 20% of claims were in areas of moderate to low risk, program data shows.

Also, there’s an under-recognized relationship between rising wildfires and rising floods, says Cassie Masone, vice-president of flood operations at Selective Insurance. “When an area is ravaged by a fire, trees and ground cover are destroyed, which transforms the ground into a hard, concrete-like surface that cannot absorb water effectively,” she says. “When it rains, the water runs off, which can lead to flooding.”

Flooding is projected to get worse

The impression that flooding and flood damage is intensifying is borne out by data — and experts predict further worsening is ahead.

The trouble begins along the coasts. According to the National Oceanic and Atmospheric Administration, the Southeast saw a threefold increase in flooding days between 2000 and 2019 compared to the year 2000. The growing impact of storms and hurricanes is being compounded by high tides that could see tide-based flooding rise from an average of 2 to 6 days a year now for coastal communities to 25 to 75 days in 2050.

But higher coastal flooding is also causing worsening inland floods, too, according to the U.S. Climate Resilience Toolkit, a cross-agency federal website. That’s especially the case when coastal storms occur back-to-back, as has been more common in recent years. Record rainfall, too, has caused spikes in inland flooding, the site reports, from storms including the one that dropped a staggering 26 inches of rain on South Carolina over a four-day period in 2015.

Damage costs can be catastrophic

The cost to repair a home ravaged by a flood can be enormous. FEMA estimates home repair costs for six inches of flooding at about $50,000, and the bill rises to $75,000 if a foot of water were to enter.

Even an inch of water in a home can cause more than $25,000 in damage. “Flood insurance can be the difference between recovery and financial devastation,” says the agency.

The average premium for flood insurance was $642 in 2018, according to the Insurance Information Institute, and the average amount of flood coverage was $257,000.

But with policyholders heavily concentrated in areas of high risk and high premiums, according to the Institute, many homeowners may pay less than that amount for comparable coverage, because their risk of floods is lower. For instance, if you live in an area deemed to be at moderate to low risk of floods, you qualify for lower-cost Preferred Risk Policies (PRPs), whose premiums run as low as $150 a year.

Conversely, of course, annual premiums if you live in areas at the highest risk of flooding can easily climb into the thousands of dollars.

How to buy flood insurance

Flood insurance is federally required if you live within what FEMA determines to be a high-risk area, and your lender may still require you to have insurance even if you live outside such a zone, the agency says.

Absent a lender’s requirement, whether to buy flood insurance is your decision. Not everyone needs flood coverage, but the consensus is that more homes require it than are currently covered by policies. “As a rule of thumb, we tell customers that if they can see or hear water where they live, there’s no question they should contact an agent to [at least] discuss the benefits of a flood insurance policy,” says Masone of Selective Insurance.

FEMA’s flood map service center allows homeowners to look up the latest flood map for their zip code, and an agent may be able to help you do the same — and perhaps even have data more current than FEMA’s. Ask the agent if they sell policies from both NFIP, the federal program, and from private insurance companies, which are increasingly entering the flood-insurance marketplace. Private coverage will be required if you and your agent decide you need more coverage than the limits for NFIP policies, which are $250,000 for property damage and $100,000 for the home’s contents.

Flood protection is still available if you rent your home, rather than own it. NFIP offers up to $100,000 in coverage for the contents of your rental unit, at rates that start at $99 per year. As with homeowners insurance, this coverage is needed above and beyond renters insurance, which reimburses you for fire, theft, and other perils as well as providing personal liability coverage.

Hurricanes and Insurance: All Water Damage Isn’t the Same When It Comes to Coverage

What Is Homeowners Insurance?

Your Car Insurance App Can Be Incredibly Helpful After an Accident