Congress Just Made Passing an IRA Down to Your Kids a Lot Harder. Here's What You Can Still Do 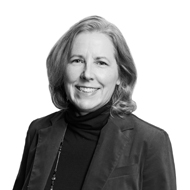 When Congress last December passed the most significant piece of retirement legislation in more than a decade, lawmakers handed savers and retirees some notable wins. The SECURE Act helps older workers set aside money for retirement, encourages small businesses to create 401(k) plans, and allows retirees to leave their tax-deferred savings untouched for a little bit longer, to name just a few of the law's benefits.

But the SECURE Act — short for “Setting Every Community Up for Retirement Enhancement Act of 2019” — also eliminated a popular estate planning tool in certain circumstances. Previously, any beneficiary who inherited an IRA or a workplace retirement plan like a 401(k) had the option to stretch that money out over his or her life expectancy, creating what's known as a "stretch IRA" and potentially spreading the tax bill over decades. The strategy of naming a child or grandchild as your IRA beneficiary was primary used by affluent investors who could afford to leave their money to the next generation, or to the one below that.

Starting this year, many heirs (with a few important exceptions) must empty their inherited account within 10 years — a change that could hand your heirs a hefty tax bill.

“The impact is only on the beneficiary, but the only way to fix it is for the owner to do something in advance,” says Tim Steffen, a certified public accountant and advisor education consultant with PIMCO. “It’s too late when you inherit.”

Here’s why this new rule can prove so costly, and what options you have to help your heirs save on taxes.

Being able to stretch out withdrawals from an inherited IRA for years and years is valuable for two reasons: Keeping annual withdrawals to a minimum keeps income taxes down; plus, the account continue to grow tax-deferred for as long as possible.

That means that naming a child or even a grandchild as your IRA beneficiary was an effective way to help heirs preserve wealth. Now the stretch is an option only if the beneficiary is your spouse, disabled, chronically ill, your minor child, or no more than 10 years younger than you are. For a child, the 10-year rule kicks in once he or she hits the age of majority, which may vary depending on your state. (The new rule also doesn't apply to anyone who is already taking withdrawals from an IRA inherited before Jan. 1, 2020.)

Under the new law, all other beneficiaries have a decade to withdraw and pay taxes on the balance. Heirs can take the money out bit by bit, or wait for nine years and 364 days — a potential tax time bomb if the account is large. (One wrinkle in the law: The 10-year rule doesn’t kick in for government-sponsored retirement plans, like the federal Thrift Savings Plan, until 2022.)

This shorter withdrawal window can prove costly if the income pushes your beneficiary into a higher tax bracket. “Your adult kids may be in the thick of their peak earning years, or filling out FAFSA [financial aid] forms for college,” says Jeff Levine, certified public accountant and CEO of BluePrint Wealth Alliance in Garden City, N.Y. “You’re shoveling income into the return in short order.”

Alternatives to Give Your Heirs Tax Relief

If you have a sizable IRA that you hope to pass on to your children or grandchildren, you have a few ways to ease the tax burden.

A simple move is to name multiple beneficiaries for your IRA. By doing that you can decrease the chance that the distributions will push any one heir into a higher tax bracket — five people inheriting $100,000 each are less at risk that one person who has to withdraw $500,000. “If you can’t spread distributions over more than 10 years, spread them over more people,” says Levine.

Another option is to take the income tax hit yourself by converting your traditional IRA to a Roth IRA in your lifetime. This 10-year distribution rule applies to Roth IRAs as well, but at least those withdrawals are tax-free. “If I’m an heir, I’d rather inherit a Roth,” says Ken Moraif, founder and senior retirement planner at Retirement Planners of America in Dallas.

You’ll need to pay the taxes on the amount you convert, but that could make sense if you’re in a lower tax bracket than your children are. Plus, today’s lower income tax rates are scheduled to expire in 2026--if Congress doesn't act to extend them, brackets will revert to the higher levels they were at before the Tax Cuts and Jobs Act of late 2017.

The time between retirement and when you start taking RMDs may provide a low-tax window in which to do a conversion. “Between ages 59 1/2 and 72 is the only time in your lifetime when there are absolutely zero rules with IRAs,” says Scott Bishop, certified public accountant and executive vice president of financial planning at STA Wealth Management in Houston.

If you go this route, one way to minimize your taxes is to convert your IRA over several years, keeping annual conversions to no more than what would push you into a higher tax bracket. In addition to bringing a higher tax bill, an income boost could also raise your Medicare Part B premiums or cause more of your Social Security to be taxed.

Another strategy to minimize your heirs' tax hit is to withdraw money from your IRA and buy a life insurance policy. To do this, you’d take money out of your IRA and buy permanent life insurance, such as a whole life policy. The money grows tax-free and the death benefit will be tax-free for your heirs. You could buy enough insurance to replace the entire IRA, or enough to cover your heir’s estimated future tax bill. “In a world of not a lot of great options, this is one of the better ones,” says Steffen.

Again, by doing this you’re taking on the burden of paying the income taxes in order to provide your heirs with tax-free income. And if you want to add a layer of control over your money after your death, you can make a trust a beneficiary of the policy and then name a trustee to manage the payouts.

How Doing Good Can Help

If you’re charitably inclined, this opens this opens up a tax-free way to reduce the eventual taxable balance of your IRA. Once you have to start taking RMDs from your account, you can instead transfer up to $100,000 a year from your IRA to a charity in what’s known as a qualified charitable distribution (QCD). You don’t get a deduction for the gift--that would be double-dipping--but you also don’t owe taxes on the amount transferred.

While your heirs may inherit a smaller IRA as a result, this cost-efficient method preserves more of your taxable accounts for your heirs (assuming that you'd otherwise be tapping those accounts to donate to charity). Even though the SECURE Act pushed the age of RMDs from 70 1/2 to 72, you can still start QCDs at age 70 1/2, using the old tables for what your RMD would have been.

A more complicated strategy could allow you to support charity and create a long-term income stream for your heirs: Name a charitable remainder trust as the beneficiary of your IRA. The trust beneficiaries, such as children or grandchildren, will collect fixed payouts for life or for a set number of years. What’s left goes to charity (a minimum of 10% of the initial value of trust must be donated).

The payoff is that you're mimicking the stretch IRA’s long timeline of steady payouts. “It’s a way to help kids and fulfill your charitable intent,” Bishop says.

Since spouses are still entitled to take withdrawals from an inherited IRA based their life expectancy, couples have another way to help children or grandchildren stretch out withdrawals, according to Moraif.

Say you have a $1 million IRA and you name your wife as the beneficiary and your son as a contingent beneficiary. After you die, your wife could essentially give up half of her inheritance by doing what’s known as a “spousal disclaimer” and pass $500,000 to your son right away. “You can always turn down an inheritance,” Moraif notes

The son’s 10-year window would start then, and starting at age 72 the wife could take what might be smaller annual withdrawals on the half she kept, based on her life expectancy, to satisfy her RMD requirement. On her death, the remainder of the IRA would go to the son, who’d again have 10 years to empty the account. The advantage is that by setting the 10-year clock twice, the son can stretch withdrawals over more than a decade.

As long as you’re confident your spouse will have enough money from other sources, you can also set this up in advance by naming both our child and spouse as beneficiaries.

Money's 2020 Tax Survival Guide: What's New and How to Get the Biggest Refund

Doing Your Taxes Online? The Price Is About to Go Up

The Best Online Tax-Prep Software for 2020