Apple Just Hit $1 Trillion. Here's How Rich You'd Be If You Bought Stock at These 5 Key Moments 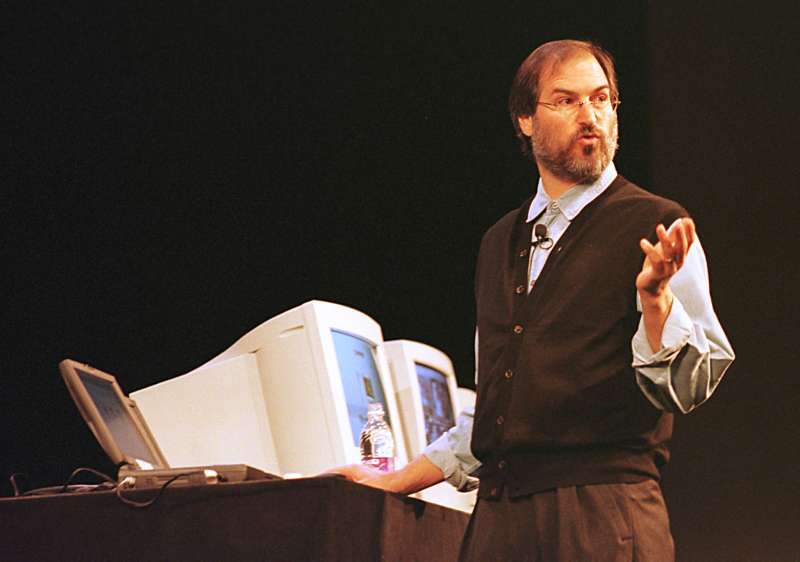 Apple made history today, as its stock climbed above $207.04 a share, officially making it the country’s first $1 trillion company, based on total market value.

The tech giant, which was already the biggest company in the U.S. market, now accounts for just over 4% of the S&P 500 index. Even if you don’t own the stock, there’s a good chance you have indirect exposure to it, through mutual and exchange-traded funds you may own in a brokerage account or 401(k).

But had you taken the bold step of buying Apple shares directly, especially at key points in its history, you would have seen far more significant gains in your portfolio.

Unlike many of today’s hottest tech names, like Netflix or Pandora Media, Apple has been around for decades. Apple became a publicly traded stock back in 1980 — at a time when rotary dial phones were still found in many homes and the notion of a smart phone was science fiction.

So there were plenty of opportunities to buy — and get rich.

If You Invested When the Macintosh Launched…

When the Apple Macintosh was released in 1984, it changed the way consumers viewed personal computers. The boxy Mac made computing more accessible to the general public, and gave rise to the computer mouse and a more graphical interface. Perhaps more importantly, the Macintosh propelled Apple into the mainstream.

That may not have been the immediate reaction with the stock. In the year and a half after the launch of the first Mac, the stock actually fell about 40%.

However, if you had the foresight to hang on, your original investment in Apple in January 1984 would have shot up 37,785% return over the past 34 years, resulting in a value today of $3.8 million.

If You Invested When Steve Jobs Returned…

With all of Apple’s success, it’s easy to forget what a terrible stock it was in the decade following Steve Jobs’ demotion and subsequent resignation from the company in the mid 1980s. From September 1987 to September 1997, Apple stock lost more than 60% of its value. By comparison, rival Microsoft saw its shares soar 3,500% during this same 10-year stretch.

What happened in September 1997 to stem the bleeding? Steve Jobs returned to serve as interim CEO, replacing Gil Amelio and returning innovation and creativity to the Cupertino-based firm. While Steve Jobs would keep the interim tag until 2000, he became the de facto leader, righting the ship and developing the iPod, beginning the ascent that led to Apple’s current value.

If you had bought in the day he returned as interim CEO, then you would have realized a 24,837% gain. Not bad, since that $10,000 investment would make you a multi-millionaire in less than 20 years, with a current value of $2.5 million.

If You Invested When the First iPhone Was Released…

The back of the new Apple iPhone is seen as the device is displayed at Macworld January 9, 2007 in San Francisco, California. The new iPhone will combine a mobile phone, a widescreen iPod with touch controls and a internet communications device with the ability to use email, web browsing, maps and searching. The iPhone will start shipping in the U.S. in June, 2007.
David Paul Morris—Getty Images

Apple kicked off the smartphone wars with the launch of the iPhone more than a decade ago, which catapulted the company to among the most innovative in the world.

To be sure, you didn’t see an immediate jump in Apple’s stock back then, as the market had already priced in the iPhone’s near-term potential ahead of the launch. Plus, the market was on the verge of slipping into the 2007-2009 bear market, tied to the global financial panic.

But had you stayed the course, you would have gained 1,044% on Apple stock since that launch date.

If You Invested When Tim Cook Became CEO…

When Tim Cook took over as CEO in 2011, replacing the ailing Steve Jobs, many questioned how well Apple could continue to perform in a post-Jobs world. The biggest worry: Cook would not be the driving force for innovation that Jobs was, and Apple may lose its stature in the increasingly competitive tech landscape.

While Apple has lacked real breakthrough innovations under Cook — new products such as the Apple watch, AirPods, and the HomePod have been a mixed bag — he’s certainly kept investors happy.

If You Invested When Warren Buffett Started to Buy…

Warren Buffett, CEO of Berkshire Hathaway Inc, walks through the exhibit hall at the company's annual meeting in Omaha, Nebraska, May 5, 2018.
Rick Wilking—Reuters

Still, when Warren Buffett sees a good deal, he’ll jump in with gusto. Buffett’s investment company, Berkshire Hathaway publicly shared that it had taken its first bite of Apple on May 16, 2016 when the stock stood at about $92.

Berkshire bought a whole lot more than $10,000 worth of Apple. But if you had followed Buffett’s lead, your investment would have more than doubled in just two years, returning 113%.