Are You Popular at Work? Research Says It Matters 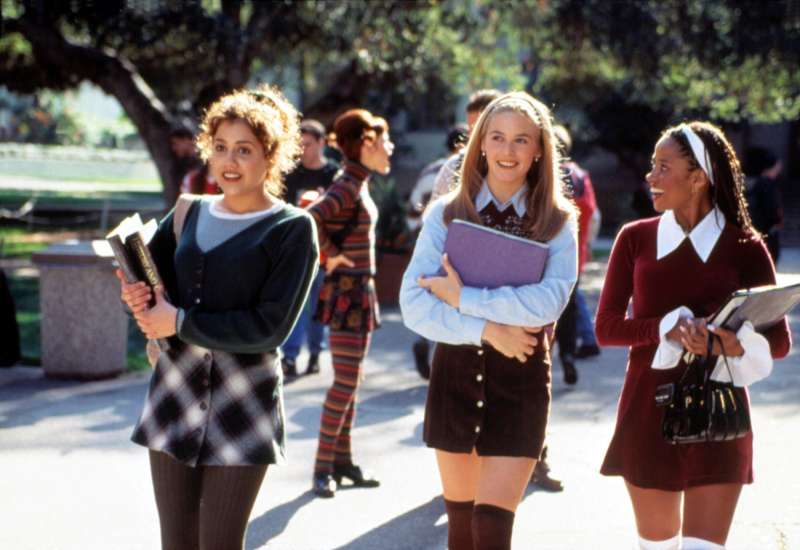 We may think we left the mores of high school behind us, but popularity is still very much a part of the adult playground. It is that one factor that no one really talks about, yet it makes a big difference in our lives. Popularity dynamics affect our careers, our success in meeting our goals, our personal and professional relationships, and ultimately our happiness.

The ongoing importance of popularity in adulthood was a surprise even to me, until I learned a lesson from my own students.

In August 2001, something strange was taking place on the campus of Yale University. I had recently been hired as a professor in the department of psychology, and I was about to give my first lecture for a course I had developed about popularity among children and adolescents. Yale didn’t have a preregistration system, so anyone who showed up the first day of class was welcome to enroll. The course had been assigned a small classroom on the central campus—about thirty-five students were expected to attend.

But as I approached the building, I noticed a crowd had gathered at the south side of the lecture hall. I assumed a fire drill was being conducted, so I hung around for a while and started to chat with the students. But I soon realized that no alarm had been sounded—they were waiting for my class. All of them!

I made my way through the throng outside the building, standing wall to wall down the hallway, and stretching up the entire staircase until I finally reached the tiny classroom. The whole way I was still questioning: was everyone really there to learn about popularity? By the next session, the registrar reassigned the course to the Yale Law School auditorium, the largest available space on campus, and by the end of the first week, one out of every ten undergraduates had enrolled—over 550 students. During the course of the semester, I was contacted by university administrators, scientific advisors for national youth organizations, and ABC News. The word was out: “popularity” was popular. But why?

At first, most people reacted to the huge enrollment in the class in similar ways. More than one of my colleagues said to me something along the lines of, “Of course it’s crowded—this is Yale. These are the students who were terrorized by high school bullies, and they are all in your class to learn better social skills.”

But it turned out that this explanation wasn’t true at all. The class had a huge range of students. Certainly, some had been rejected as kids, but others were extremely popular. Some were the children of American senators and national advisors; others were top collegiate athletes. One student was a movie star, a few were musical prodigies who had already traveled the world, and others were summer aides at the White House. The group included future doctors and lawyers, scientists and politicians, economists and Fortune 500 CEOs. One became a bestselling author and another a Rhodes Scholar.

“What are you all doing here?” I asked the students as the semester progressed.

They told me that although they had long since departed the playground and the school cafeteria, they never left the world where popularity matters. During their summer internships, they saw it continue to play out in boardrooms, operating rooms, and class- rooms. The basketball players witnessed it on the court, and the legal aides told me how it made a difference on juries. Even congressional interns perceived how popularity affected our government’s legislative decisions. But mostly, they saw it in themselves—knowing that whatever degree of popularity they enjoyed or endured as kids would probably come back to haunt them again. In a very real manner, our experiences with popularity are always occupying our minds. We never really left high school at all.

Years later, I was curious to learn whether popularity still mattered in the adult lives of my students in that first popularity course I taught back in New Haven. I knew just who to call.

Even with hundreds of students in the class, Daniel Clemens stood out as the one everyone knew, respected, and liked. Just mentioning his name seemed to bring a smile to the face of any professor or student on campus. A nationally ranked All-American tennis player and star student in high school, he had arrived on campus as brilliant as everyone else at Yale. But there was something that made him distinctive even in this impressive group. He was unusually kind, extremely respectful, always positive and energetic, and yet among his peers he was also regarded as incomparably cool. He was the most popular student in my popularity class. By the end of his senior year, he was awarded a Rhodes Scholarship.

Today Daniel is in his thirties, and he’s turned out exactly as you might have expected—caring, energetic, modest, and likable. In the past decade or so, Daniel has founded and sold several multimillion-dollar businesses. If you have ever used Google Docs, Daniel is one of the people you can thank, as his was one of the companies that helped create the live-collaboration capability of the application. After years working on strategic initiatives at Google, he’s now a sought-after investor and board contributor to many of the most successful CEOs and entrepreneurs around the globe. He’s also a frequent keynote speaker at business schools and an advisor to entrepreneurs throughout the country, and he counts former US presidents, members of Congress, prime ministers, and CEOs of some of the most well-known global brands like Google and Apple as his close personal friends.

Daniel believes that popularity is very much a part of the adult playground, affecting the innovation and productivity of corporations all over the world. He perceives something very adolescent in the workplace that reminds him of my class almost every day, he tells me. It’s a dynamic that plays out in every meeting and influences how every decision is made.

“Here’s what happens,” Daniel explains. “After a meeting, everyone gets together in twos and threes around the watercooler, and then you hear what people really thought. And it’s all the stuff that didn’t get talked about at the meeting at all. I’m always amazed at the big difference, and I wonder, why the delta?”

Daniel’s theory is that efficient decision-making in business has become hampered by popularity, or rather the fear of losing it. “People don’t want to lose status or have people dislike them,” he says. “There’s a lot of norming in a company, people going with the herd, following others. People are afraid to say what they think. I find it really interesting how much we overestimate how secure those around us are, and how much this still plays out for people in their thirties, forties, and fifties. They still need that validation from their peers. They really want people to like them, and when they think others don’t, it stings them for days, or months.”

Daniel also believes that popularity has a lot to do with our happiness. “We did a study at Google,” he recalled. The results boiled down to two findings. More than raises, or promotions, or perks, there were two things that predicted who was happy and who was not. One had to do with the frequency of constructive feedback employees got from their managers. But the second was simply how much people felt they had someone—anyone—who liked them. “It’s the small things, the human things, that make organizations flourish and make people happy,” Daniel says.

“It’s funny,” he explains. “We teach writing and arithmetic. We expect folks to do very well in science and reading from a very early age. But the ability to establish great relationships with others seems to be every bit as important to success if not more, yet it’s not taught in a formal way. We usually learn about relationships by trial and error—how to get along with peers and how to be popular. For those who can do it, great. But for others, it is a lifetime of struggling, never understanding why their peers have issues with them.”

But there’s a catch: most people don’t realize that there are two different types of popularity—one that helps us, and one that can potentially harm us, leaving us stranded in adolescence. And ever since high school, we have never come to terms with which kind we want.

From Popular: The Power of Likability in a Status Obsessed World by Mitch Prinstein, published on June 6th by Viking, an imprint of Penguin Publishing Group, a division of Penguin Random House LLC. Copyright © 2017 by Mitchell Prinstein.