Baby Yoda Merch Is About to Rule the Retail Galaxy. Here's Where You Can Buy Toys and T-Shirts 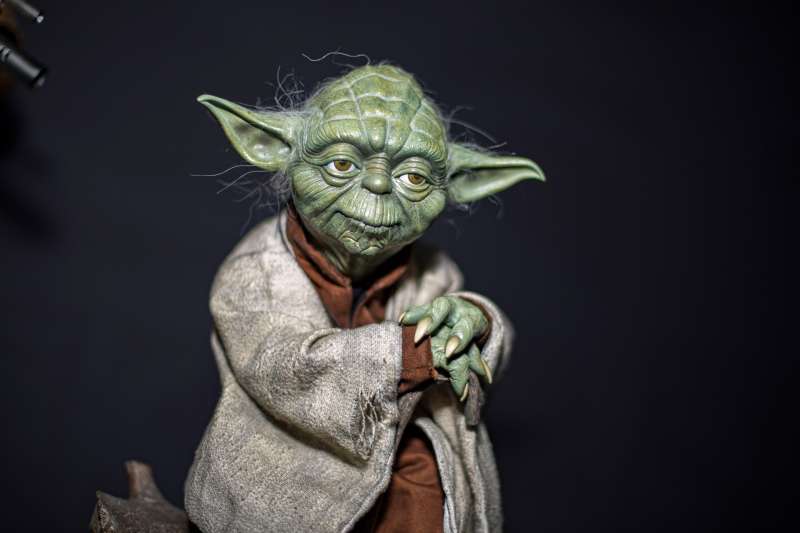 A display statue of Yoda from "Star Wars" at 2019 Comic-Con International on July 20, 2019 in San Diego, California.
Daniel Knighton—Getty Images

The Internet cannot get enough of “Baby Yoda,” the darling character in the new Disney+ show The Mandalorian. So naturally Baby Yoda is about to be the hottest toy of the holiday season.

The Star Wars spin-off premiered one of the first original series on Disney Plus when the service launched November 12. If you’re curious, you can sign up for a one-week free trial of Disney Plus, like you can for most streaming services.

“Baby Yoda” is actually named “The Child” in The Mandalorian, and isn’t really a young Yoda; rather, it’s a youngling from the same species as the Force-yielding Jedi master. George Lucas, the original creator of the Star Wars universe, kept Yoda’s species and planet a secret, so some are hoping to get a few answers about their favorite character with the introduction of The Child.

The Mandalorian takes place between Return of the Jedi and The Force Awakens, so Yoda would have already been long dead at this point. Little is known about the adorable little green creature in The Mandalorian, but there are plenty of theories floating around the Internet.

The tiny green alien with wide, dark eyes and a cute tuft of fuzz on top of its head has garnered plenty of fans. Star Wars fans recognized the new character right away as a Yoda look-a-like when it first appeared at the end of episode one.

Whoever, or whatever, it is, Baby Yoda (or “The Child”) has captured the hearts and attention of meme-creators everywhere. And, in the age of Internet culture, memes sell. So plenty of apparel, accessories, and toys featuring the adorable fan-favorite character will be flooding stores and retailer websites in the weeks to come.

Why weren’t Baby Yoda toys for sale on Black Friday? To avoid spoilers, director Jon Favreau requested Disney to hold off on creating merchandise based around the surprise new character until the series aired on Disney+. The company obliged, but now that people started watching The Mandalorian it’s time for them to rake in the dough from the precious alien.

According to CNBC, Baby Yoda toys and products could arrive at Amazon, Zazzle, Target, Kohl’s, Macy’s, and Hot Topic before the holiday shopping season is over. New Baby Yoda merch will also arrive to the Disney Store, shopDisney, and Disney Parks before the holidays too.

Hasbro also has an exclusive line of “Baby Yoda” toys coming soon. (We’ll update this story as the products become available online and in stores.)

As of the week of Cyber Monday, Amazon had a few “Baby Yoda” items for sale including vinyl stickers, “The Child” Pop Sockets, and Mandalorian “The Child” T-shirts for $22.99.

What’s more, the first official Baby Yoda toys have become available — for pre-order. "The Child" 11-inch plush doll and Funko POP! baby Yoda figures can be pre-ordered from retailers like Target and Walmart, but unfortunately they won’t arrive in time to put under the Christmas tree. Shipping dates are listed as April or May 2020.