Beats Studio Buds vs. AirPods: What Are the Best Earbuds for Your Money Now? 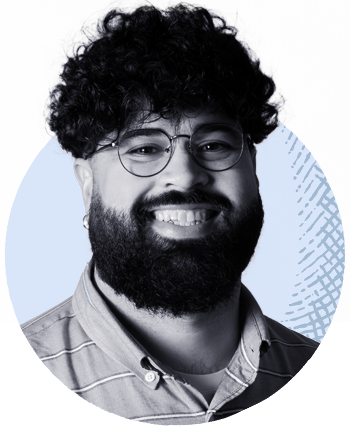 Apple’s Beats brand just released its new true wireless earbuds. They're called Beats Studio Buds, and they have an intriguing mix of good sound, excellent features and competitive pricing that makes them well worth considering alongside Apple AirPods and AirPods Pro.

Studio Buds are the second true wireless earbuds from Beats after the Powerbeats Pro, and the first to feature active noise cancelling (ANC). While the Powerbeats were marketed as sports headphones and feature earhooks to keep them on while exercising, the Studio Buds are regular earbuds. They’re as small, comfortable and inconspicuous as the AirPods Pro, meant to be carried in your pocket and be worn while you wait for the train or stroll around town, but at a far better price.

Beats Studio Buds also come in a choice of black, white or red, while the AirPods Pro and regular AirPros are only offered in their iconic white.

With a list price of $149.95, Beats Studio Buds are the least expensive true wireless headphones in Apple's catalog, and also the cheapest with ANC — selling for $100 less than the AirPods Pro. That already makes them a great value, but are they truly worth it among so many other great wireless headphones on the market?

Beats Studio Buds offer eight hours of playback time when noise cancelling is turned off (five hours with it on), and an extra two charges in the case, totaling 24 hours of runtime. That’s slightly below the Powerbeats Pro (which run up to nine hours, 25 with the case), higher than the Airpods Pro (only five hours with ANC turned off) and right on par with the brand new Sony WF-1000XM4 earbuds (which are near double the price at $279).

Instead of Apple’s now traditional lightning charging cable, they charge via USB-C, something missing from almost all Apple and Beats headphones (with the exception of the Powerbeats Pro). This is a nice surprise since USB-C is more widely available and has become the standard even within the Apple ecosystem (think the iPad Pro and all the MacBooks).

The addition of USB-C might be part of Beats’ attempt at becoming more Android-friendly. The new Studio Buds support one-touch pairing with Android devices just as smoothly as it does with Apple products. That means that your earbuds will sync up with your Android device as soon as they leave their case, and you’ll have full control over every feature — including noise cancellation — from your phone.

They even seem to be making the Powerbeats Pro feel obsolete; the Pros are slightly more expensive, retailing for $169. They feature the secure-fit earhooks that keep them from falling while exercising, and have slightly better runtimes; however, they don’t have active noise cancelling or wireless charging.

With their very small profile, low weight (5 grams per bud, as opposed to the Sony’s 7, for example) and the shape molded more towards the inner ear, the new Studio Buds fit snug and secure enough inside the ear. Plus, they have the same IPX4 sweat-resistant rating as the Powerbeats. If you’re a competitive athlete, maybe the earhooks are important for you; if not, the new Studio Buds could actually be a better choice.

When it comes to audio, the Beats don’t necessarily punch above their weight, but they do have good quality sound fit for the price tag. Early reviews say they carry Beats’ well-known infatuation with bass, which can be attractive to certain users and for specific music genres, albeit not necessarily for audiophiles. However, the mids, voices and details are much clearer than on some of Beats’ earlier earbud models.

The new Beats Studio Buds are even cheaper than the regular regular AirPods, which run $159 at full price (but are often found on sale down to $119). But some features have been sacrificed for the sake of value.

For starters, the Beats Studio Buds case doesn’t have wireless charging capabilities like the upgraded AirPods — which are more expensive at $199 at full price (often $160 on sale) — and the AirPods Pro. (Then again, neither did the Powerbeats Pro — a mystery still unsolved by tech reviewers.)

In terms of audio, as mentioned above, the Beats sound pretty good for their price range, but earbuds that are $100 more expensive like the AirPods Pro and the Sony XM4s offer much higher quality sound, better noise cancellation and a clearer transparency mode, which is supposed to let you hear what’s going on around you. Early reviews say, for example, that the Studio Buds make surrounding voices sound muffled in this mode.

The biggest drawback of the Studio Buds is, undoubtedly, the absence of the Apple H1 chip. The H1 allows for a faster, more reliable connection and automatic switching within the Apple ecosystem. Headphones with this chip can go from device to device (compatible Apple devices only, of course) as you use them, without pressing a single button. Unsurprisingly, this has become a big draw for those who already own other Apple products, and without this feature the Studio Buds are competing in a much more crowded market.

Are the Beats Studio Buds worth it?

Despite the lack of the H1 chip, smooth one-touch pairing remains and makes the Studio Buds work with Android just as smoothly as with Apple operating systems. So that magic feeling of opening up your Apple-branded headphones and your phone picking them up instantly is still there.

The Beats Studio Buds are an incredibly competitive offering even when thrown out of the Apple ecosystem to compete with the likes of Sony and Bose. While more expensive earbuds provide better overall performance, not many true wireless earbuds have the reliable connection, high-quality sound and ANC that Beats does for $150 — a price that in all likelihood will be discounted around Black Friday, if not sooner.

Their fiercest competition is probably the Jabra Elite 75t, which usually cost the same but come with a bit more battery life, wireless charging and an app that helps you customize sound profile and more. The one thing they lack is that famous Beats swag.

The Best Wireless Headphones for Your Money