The Best Tablets for Your Money 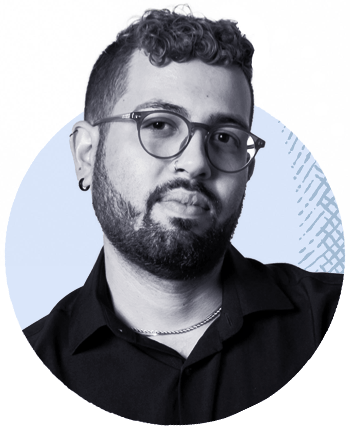 Tablets are highly portable and fun devices that are perfect for many activities you might otherwise handle on a laptop, like catching up with social media, streaming videos, playing games, browsing the web and working with documents. As such, iPads and other tablets are great for people who don’t need the dedicated high-performance and power that most laptops offer (not to mention the keyboard).

The line that distinguishes laptops from tablets is slowly blurring since many manufacturers now make tablets that are just as capable and efficient, at the same time more laptops are "two-in-ones" that have touchscreen technology more often associated with tablets.

Still, the main selling point for tablets is comfort and general user-friendliness. They’re lighter and easier to carry around than laptops, and simply serve as great companions while commuting or just chilling on your couch.

However, with so many tablets on the market, and with prices anywhere from below $50 to well over $1,000, the quest for the best tablet for you can be a bit overwhelming. Here are a few things to know before making your pick.

In order to choose the right tablet, you must answer two essential questions: what do you want it for, and how much are you willing to spend?

For instance, if all you want is a tablet to watch Netflix or Disney+, play games, read eBooks, check email and perform other simple functions, you probably don’t need to spend more than a few hundred bucks — and may even be very happy with a model that's less than $100. If, on the other hand, you want a high-powered device with the latest specs that you can use as a work tool to create content, edit videos or manage large documents, you’re probably looking for a tablet in the $800 to $1,000 range.

Once you’ve addressed the questions above, look out for these features:

• Operative system (OS). Basically there are three main operative systems to choose from: Apple (or iPadOS), Android and Windows. Apple’s iOS is exclusively found on iPad tablets, whereas the Android operating system is widely found in tablets from a variety of manufacturers, such as Samsung and Lenovo. Some models, like Amazon’s FireOS, use customized variations of Android. Microsoft’s tablets, as expected, run on Windows.

• Storage. You’ll need space to store your videos, photos, documents, music, and apps. How much storage you need, though, depends on how you’ll use the tablet.

There are tablets with as little storage as 16GB, and then there are devices with a whopping 1TB. While we all want more storage, the difference in price can be a deal breaker for many. For example, upgrading an iPad Pro from 128GB to 1TB adds about $500 to the total. For most users, something around 32GB to 64GB is enough. If you intend to use the tablet as a tool for working, then consider more storage.

Do note that some devices, especially Android and Windows tablets, feature memory card slots for additional storage. It’s also possible to use Cloud-based storage services, such as iCloud on iPad.

• Screen size. Tablets with a smaller screen size — 7” to 8” — typically fit in the palm of your hand. This makes them great options for commuters and kids. Larger displays of 10” or more are provide a more immersive experience and space to stream or work with documents more comfortably.

• Battery life. Tablets have a maximum battery life lasting from 7 to 12 hours, and it can vary based on how continuously you use it and settings such as brightness and volume. For instance, streaming high-definition videos consumes more battery life than simple web browsing. Similarly, LTE tablets have on average a shorter battery life because it takes more power to connect to a network.

• Wi-Fi vs. LTE. While all tablets feature Wi-Fi connectivity, some can be configured to have LTE with network providers, just like cellphones. This is advantageous if you want internet access wherever and whenever you’re on the go. However, it does require buying a SIM card and sometimes signing a contract (and paying a monthly bill) with a provider.

• Camera. Most, if not all, tablets feature front-facing and rear cameras. Both are great for taking pics and videos, but the front camera is particularly useful as a webcam for video conferencing.

Keep in mind that the higher the megapixels, the clearer and crisper the pictures will be.

• Weight. Tablets are typically light (a pound or less), but some models with larger screens can weigh up to 1.5 pounds. While this doesn’t sound very heavy, it may be more difficult to hold for extended periods.

The 2022 iPad Pro is Apple’s most powerful tablet and one of the company's best multitasking devices for creatives and users who want the latest features.

Even though the latest iPad Pro looks pretty much the same as previous models, Apple added a variety of new features to improve display, connectivity, and overall user-experience.

The key improvement is the implementation of the M2 chip which has an 8 core CPU, 10 core GPU and an improved neural engine; together, that means 15% faster overall performance, 35% faster graphic performance, 40% faster machine learning, and 50% more memory bandwidth. With the M2 chip, you can do everything from building 3D AR models to gaming with console-quality graphics — all on a conveniently portable tablet that weighs just 1 pound.

Other features are a new 12-megapixel (MP) ultra-wide, front-facing camera — perfect for everything from FaceTime calls with family to like-worthy instagram selfies. One of the more unique features about the front-facing camera is Center Stage. This feature uses machine learning to automatically adjust the picture to always keep the subject in frame while on FaceTime calls.

As usual, the iPad Pro is available in classic space gray and silver, and with multiple storage capacity configurations ranging from 128GB to 1TB. The latter goes for the hefty price of $1,499. In fact, price is the main drawback of the iPad Pro.

At almost $800, the 11" 128GB base model costs almost as much as a full laptop (MacBook Air for example, costs about $1,000), and prices go higher if you add any Apple accessories to the shopping cart. So, while you’ll undoubtedly get a performance powerhouse in the iPad Pro, if you’re not going to take advantage of its more advanced features, take a look at our Editor’s Pick, which offers many similar specs at a lower price.

If what you want is an affordable tablet to stream your favorite series, read e-books, play light games and scroll through social media, the Amazon Fire HD 8 is a great choice.

This $90 tablet (cheaper during big sales like Amazon Prime Day) offers an 8” HD display, up to 12 hours of battery life, and decent overall performance. It’s available in four colors — black, plum, blue and white — and comes with a 32GB storage capacity that can be upgraded to 64GB for an extra $30. Additionally, it features Alexa, Amazon’s virtual assistant, which can play music or open specific apps on voice command.

It does have some drawbacks, however. The Fire HD 8 doesn’t offer access to Google apps such as Chrome and YouTube, or many other popular apps, which reflects Amazon’s limited selection when compared to Google Play or Apple Apps Store. Additionally, you have to pay extra (roughly $20) if you don’t want ads as screensavers on the lock screen.

For higher performance, including a nicer and larger screen, consider the standard 10.2 Apple’s standard iPad, although you'll pay quite a bit more ($455).

The Samsung Galaxy Tab S7+ (or S7 Plus) is the perfect match for users who want a high-end powerful tablet like the iPad Pro but prefer an Android operating system.

With its 12.4” AMOLED screen and quad-speaker setup, it offers beautiful images and strong audio to stream series or play your favorite games. It comes with 128GB of storage (upgradable to 512GB) and a microSD slot in case you want to expand storage even more by adding a memory card of up to 1TB. That is, no doubt, plenty of space for all your photos, videos, apps and files.

The Tab S7 Plus is also a go-to workhorse. Samsung’s S Pen, which is included, can be used to seamlessly mark up PDF files, sign documents or make notes. For about an additional $150, the Book Cover Keyboard can take it up a notch by providing a computer-like experience.

At around $750, the Tab S7 Plus is just as pricey as the iPad Pro. There are, however, other similar great options such as the smaller 11” Samsung Tab S7, which costs $200 less, or, cheaper still by a couple hundred bucks, the previous Samsung Galaxy generation, the Tab S6 Lite.

The Surface Go 2 is a doable option for users looking for a tablet that feels a bit more like a computer.

Starting at $399 (for the base model), it has enough power for users who will mainly perform basic computing tasks such as browsing the web, streaming and other everyday functions. It comes with 64GB of storage, configurable up to 128GB, and an Intel Core m3 processor. However, it isn’t the most powerful processor, at least not if you plan to use it for more intensive tasks such as editing raw images or videos.

Although most promotional images feature the Surface Go 2 with the Type Cover keyboard, the keyboard is sold separately, adding some $100 more to your total. That makes it about $100 more expensive than Apple’s entry-level iPad 10th Gen; however, if you prefer Windows, the Surface is a great deal.

The Best Desktop Computers for Your Money