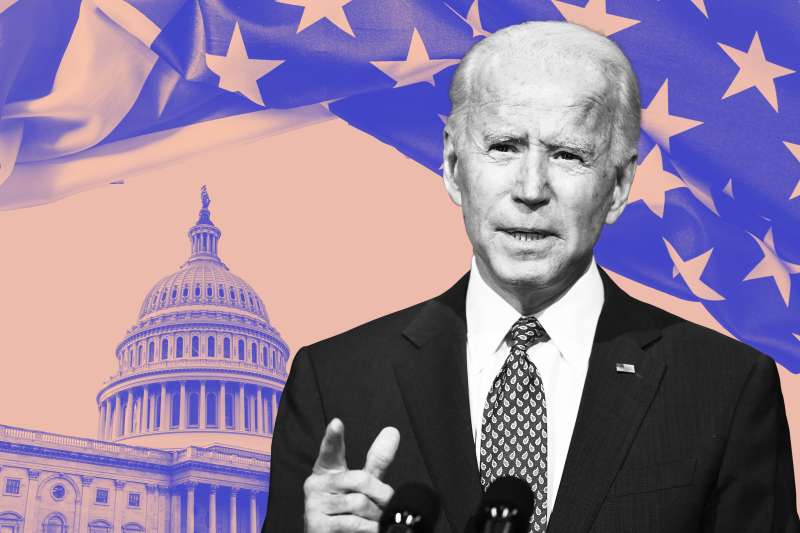 As soon as Joe Biden is inaugurated as the 46th U.S. president on Wednesday, he’s planning to get down to business — and the decisions he makes during his first days in office could have a big impact on your wallet.

No matter how you feel about politics, the president sets a policy agenda that “has economic and financial consequences,” says Ryan Donovan, chief advocacy officer for the Credit Union National Association.

During his race against incumbent Donald Trump last year, Biden made several money-related campaign promises. He vowed to expand access to 401(k)s, eliminate tuition at public colleges and reduce health care costs. He said he’d invest in clean energy, promote domestic manufacturing and create jobs. His proposal to increasing the income tax rate for people who earn over $400,000 even inspired a meme.

But — spoiler alert — accomplishing those tasks will take time. Even with the Democrats in control of Congress, Biden has to get literally hundreds of lawmakers on board in order to pass new laws. That’s not a fast or easy process.

However, there are a handful of things the new president can do quickly via executive action. Here are three of the fastest, most consequential ways Biden may affect your finances in the coming weeks.

Starting out, Biden’s focus will likely be on pandemic relief and recovery. The president-elect confirmed as much last week when he released the American Rescue Plan, a $1.9 trillion proposal that includes the return of bonus unemployment benefits, a $15 minimum wage and more.

Given its high price tag, and the fact that it took lawmakers nine months to reach an agreement on the last relief package, the chances of the plan passing as-is are dubious. But Biden’s proposal for a third stimulus check does seem to be gaining traction.

Biden’s plan would provide for direct payments of $1,400 per person and make adult dependents, as well as all mixed-status households, eligible to receive the money.

House Speaker Nancy Pelosi and Senate Democratic Leader Chuck Schumer said in a joint statement that they’d “get right to work to turn President-elect Biden’s vision into legislation that will pass both chambers and be signed into law.” Though the timeline for a third stimulus check is unclear, they appeared to believe it’s possible to move fast.

“We are ready to get to work to deliver aid without delay,” they added.

Incoming chief of staff Ron Klain told reporters this weekend that Biden plans to extend the pause on student loan payments on day one of his presidency.

Due to the coronavirus crisis, the U.S. Education Department suspended payment requirements and set the interest rate at 0% for most federal student loans in March 2020. In an August executive order, Trump extended the relief from Sept. 30 to Dec. 31. The Education Department then prolonged the forbearance period again through Jan. 31, 2021.

Because the pandemic is not over, Biden is preparing to move that date back to “at least Sept. 30, 2021.”

“Borrowers of all ages are often faced with a tough tradeoff between making their student loan payments, investing in their long-term financial future or paying their bills,” his team said in a news release. “The pandemic has only increased the economic hardship of the millions of Americans who have student debt.”

Klain’s memo also mentioned Biden’s day-one hopes to “take action to extend nationwide restrictions on evictions and foreclosures,” which would “provide more than 25 million Americans greater stability instead of living on the edge every month.”

The current federal eviction moratorium expires for most residents on Jan. 31. Biden is requesting the Centers for Disease Control and Prevention extend it “until at least March 31, 2021.”

This is another area where there may be larger changes on the horizon. In his American Rescue Plan, Biden calls for Congress to extend the eviction and foreclosure moratoriums through Sept. 30 in order to “prevent untold economic hardship for homeowners while limiting the spread of COVID-19 in our communities.” He also wants an additional $25 billion in rental assistance, $5 billion for home and energy costs, and $5 billion in emergency assistance for homeless Americans.

The need for a sudden influx of cash can come out of nowhere - the good news is you have options.
Apply today for a personal loan and get back on track. Click below to get started.
Get Started

How Vaccines, President Biden and More Could Shape Housing Trends