Why 'The Big Short' Should Win the Best Picture Oscar 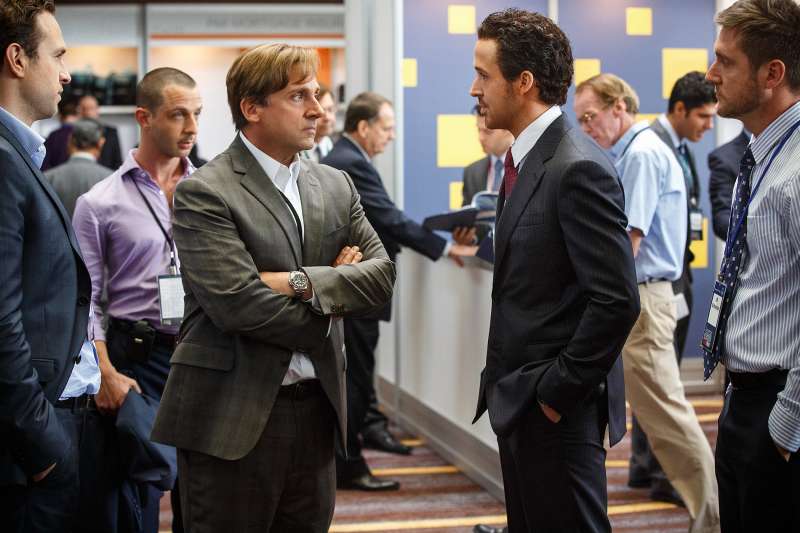 In 2008, the economy collapsed, and the vast majority of Americans had no clue why. There were vague notions of housing market troubles and banks failing, but few regular people had a handle on exactly why millions of jobs and 401(k) accounts were destroyed, nor why the value of their homes was suddenly cut in half.

For years, most Americans remained in the dark about the roots of the financial crisis. It was as if they found themselves living in the classic Talking Heads song, “after the money’s gone” confusedly crying “This is not my beautiful house,” “Where is that large automobile?” and most of all, “How did I get here?”

That is until 2015, when “Talladega Nights” auteur Adam McKay released “The Big Short” to popular and critical acclaim. Earning over $67 million in U.S. box offices and notching a stellar 87% rating on Rotten Tomatoes, the film, based on the Michael Lewis book of the same name, is up for five Academy Awards on Sunday, including Best Picture.

Most impressively, “The Big Short” did the seemingly impossible: It explained the financial crisis, and it did so in such a funny and entertaining way that people actually watched and soaked it all in. For accomplishing such a task and educating millions, it deserves Best Picture honors.

It’s possible that people would have been able to grasp the forces behind the financial crisis if a post-mortem had come swiftly after the crisis hit. Instead, facts and developments trickled out slowly in stories that were often clogged with eye-glazing financial terminology. Even if the crash had been instantaneous and its explanations were consolidated, though, the problem would have remained that this subject matter is drier than IRS archives.

To be fair, not all accounts of the crisis were as impenetrable as the mainstream news. Podcast programs like Planet Money and This American Life produced incredibly relatable explanations that held listeners’ hands and walked us through the issues. But even a mainstream podcast only has so many listeners.

The vehicle for mass understanding seems obvious now. It was always going to be a job for Hollywood.

But getting the Hollywood treatment is no guarantee for widespread success—which is of course the most important prerequisite for comprehension. If no one sees your movie, no one can understand its message, no matter how well it’s explained. This has been the major problem for previous films that have dared to venture into the anaesthetizing world of finance.

Films like “Inside Job,” “We All Fall Down,” and “Queen of Versailles” were documentaries, which are almost categorically banished to a weak box office performance or direct-to-Netflix/HBO release, even though one of them won an Oscar. Other movies such as “Margin Call,” “Too Big To Fail,” and “Arbitrage” were smart and critically acclaimed, but failed to attract the critical mass of viewers required to enter the national conversation. The low box office performance is a side-effect of the subject matter’s inherent dryness and complexity. Adding more lively stories of foreclosed houses, fraud, and financial ruin may not be boring, but they are bummers—and they’re hardly recipes for getting butts into seats.

Over the years, there have been movies that managed to place finance squarely in the American consciousness, and all have avoided playing it straight. “American Psycho” did it in the form of a culty (and gruesomely violent) satire. “Wall Street” did it by making a larger than life character and going big and glamorous. “Trading Places” did it with pure comedy. More recently, “The Wolf of Wall Street” did it with a blend of all three. Showtime, which had the temerity to try the historically unpopular subject as an expensive TV show, did it by opening the “Billions” premiere with a trussed-up and gagged Paul Giamatti getting peed on. There are many ways to spice up the vanilla drama of an office.

Of all these, however, “The Big Short” stands apart for entertaining without sacrificing content or jumping the shark with, say, an extended physical comedy bit based around extremely strong expired Quaaludes. The casting certainly provided some help, buoyed by an A-List ensemble of stars: Ryan Gosling for the meme-friendly millennials, Christian Bale for the acting purists, Steve Carell for the comedy, and Brad Pitt for everyone.

“The Big Short” was directed with an “Ocean’s Eleven” vibe of a heist movie, and as you’d expect from the director of “Anchorman” and “Step Brothers,” it packs in tons of laughs. You might expect a film about the financial crisis to be full of dour men in suits shaking their heads, but this isn’t remotely the case with “The Big Short.” It even broke the fourth wall to make us all feel like participants. Which we are, of course—we were all actors in this story.

So what is the moral of the story about the story’s telling? Hopefully, it shows that it’s possible for a movie to be highly informative and highly entertaining, more than satisfying both Hollywood’s financial interests and the American people’s need to understand what they’d failed to understand for years. The film should be considered a masterclass for explaining really dry, complex, and purposely obfuscated things to the public.

Some say the film was guilty of dumbing down the issues. According to Planet Money’s Adam Davidson, who served as a consultant for the film, Richard Thaler, a giant of behavioral economics and co-star of the film’s explanatory interludes, was unsatisfied with the simplifications. Davidson and McKay argued that doing so was essential. And I have to agree. An informal survey of friends who’d seen the movie revealed that their comprehension was a little sketchy on some of the finer points—but, for the first time, they had got the gist of it.

For this accomplishment, “The Big Short” should get the statue. I can’t think of another instance in which a film managed to communicate succinctly, to a broad audience, something that couldn’t be effectively distilled during years of coverage in the papers, cable shows, and radio.

That said, I’m not optimistic it will actually win. Out of the very good line up this year (“Brooklyn” was wonderful, “Room” was stunning, “Spotlight” was excellent, and “Mad Max” was straight-up awesome), “The Revenant” will probably win—as will its star Leo DiCaprio because, in the eyes of the Academy, “it’s his turn.”

But even if the “The Big Short” comes up short at Sunday’s Academy Awards, it will have been a resounding success—for explaining how housing went bust, and for demonstrating how to explain something, trojan horse-style.