America's Most Important Investor Has a Message for You 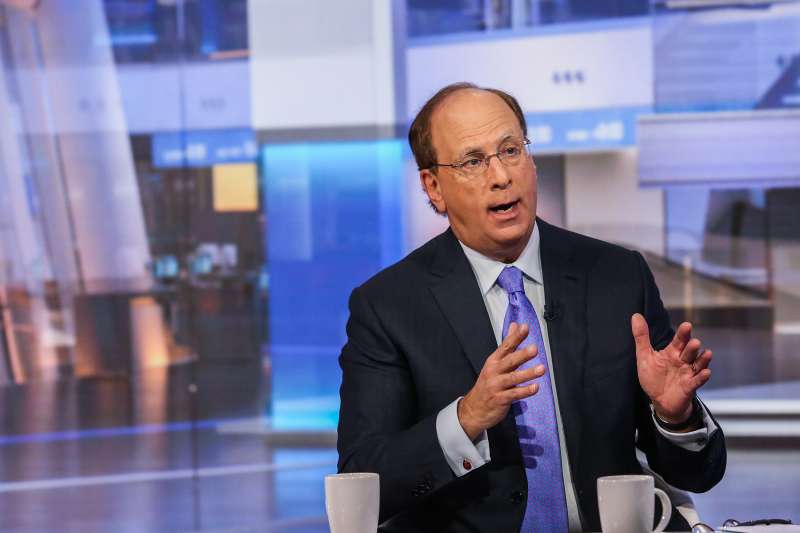 Laurence D. Fink, founder of world’s largest asset manager BlackRock, last week wrote a letter to 500 corporate executives, urging them to take the long view when it comes to profits—and, ultimately, their company’s share price. That’s news that many CEOs would probably love to hear, even as it cuts against the usual practice of Wall Street (and the financial media) to focus on quarterly results. While that might seem like financial inside baseball, Fink doesn’t just speak for himself. For better or worse, he speaks for millions of investors whose retirement savings in brokerage accounts and pension funds are entrusted to BlackRock. He even may play a role in the upcoming presidential election. (More on that later.)

Like Warren Buffett, another critic of short-term thinking, Fink is widely respected for his investing prowess. He cofounded BlackRock as a bond trading shop in 1988 and built it into the behemoth it is today, overseeing $4.6 trillion—yes, that trillion with ‘t’. BlackRock’s $51 billion market value isn’t as big as Berkshire Hathaway’s $315 billion, and Fink, who doesn’t crack Forbes’s list of 400 richest Americans, is nowhere near No. 2 Buffett in terms of personal net worth. But Fink has something Buffett doesn’t. While Berkshire owns substantial stakes in a few dozen companies, BlackRock, through its active and index funds, is one of the largest shareholders—typically in the top five—of essentially every company in the S&P 500.

Which is why, when Fink has something to say, you should listen. Here’s what you need to know.

What exactly does being a top shareholder mean? At least in theory, it’s a position that puts Fink at the very center of American capitalism. After all, companies are run by chief executives. Chief executives are overseen by corporate boards, and corporate boards are chosen by shareholders—of which the largest or one the largest is invariably Fink. It also gives him a huge responsibility. BlackRock is acting on behalf of the holders of its mutual funds, ETFs, and other investment vehicles, which are held by everyday Americans with brokerage accounts or pension funds. In that sense, BlackRock is a bit like many Main Street investors’ local congressman, casting votes in corporate elections, known as proxy votes, on their behalf.

But why don’t I ever hear about proxy votes? To be sure, it’s possible to overestimate the importance of corporate elections. There are hundreds of companies with thousands of directors up for election each year, on top of votes for specific questions like whether to allow a CEO to serve as chairman or whether to adopt anti-takeover measures. Most votes end up being routine. In fact, large asset managers have frequently been criticized for farming decision-making responsibility out to outside consultants. On the other hand, if you are a large shareholder who decides to make his or her voice heard, as Fink has to an increasing extent, it is pretty difficult for CEOs not to listen.

So what does Fink want? Fink has recently been railing against what he calls “short-termism,” the pressure on CEOs to make quarterly results and to return money to shareholders by paying hefty dividends and repurchasing stock. While investors love dividend checks, Fink argues that money should instead be plowed back into businesses, fueling growth and innovation. Last year he even went so far as to propose a change in the nation’s tax laws, allowing investors to qualify for favorable long-term capital gains rates only after holding a stock for three years, instead of the current one-year rule.

The message has a lot of appeal. For most investors, from Warren Buffett on down, long-term thinking is the key to real success. What’s more, getting corporate America to focus on growth would benefit the American economy broadly, not just those who are wealthy enough to own stocks. Corporations’ narrow focus on dividends and buybacks instead of creating new jobs is one reason experts think the recovery has been mostly felt by the wealthiest.

But there’s got to be something in it for him, right? It’s unusual for Wall Street bigwigs to propose raising taxes. But Fink has a lot of credibility: He’s both a great investor and a CEO with his own profit pressures, and that commands a lot of respect in the business world. Which is not to say his ideas are universally accepted. Other large investors, like hedge funds, thrive by finding companies that are complacent and pressuring boards to make changes, then selling out as soon as anticipation of the reforms pushes stock prices higher. Some of those managers, including another high-profile billionaire investor, Carl Icahn, argue that the rhetoric about focusing on the long term insulates underperforming CEOs. In other words, long-termism may be a boon to BlackRock’s index and actively managed mutual funds, which typically adopt buy-and-hold investment strategies.

Fink’s campaign in favor of long-term investing has also dovetailed surprisingly closely with campaign promises made by Democratic front-runner Hillary Clinton. Clinton, earlier this year, herself proposed making investors wait longer to reap lower short-term capital gains tax rates. Could Fink being currying favor with the politician many regard as the odds-on favorite to sit in the White House next year? It’s certainly possible.